Our local chess tournament last month got some great coverage. I'm extraordinarily proud of the kids and also the adults that helped run this event:

Scroll down and  enjoy the latest comprehensive weather to the max...... occurring because of the natural physical laws in our atmosphere. Big snow from N/C Plains to Upper Midwest mid week!!! See snow forecasts down several maps.............. Then drier.

Wind map    Hit this with your cursor: 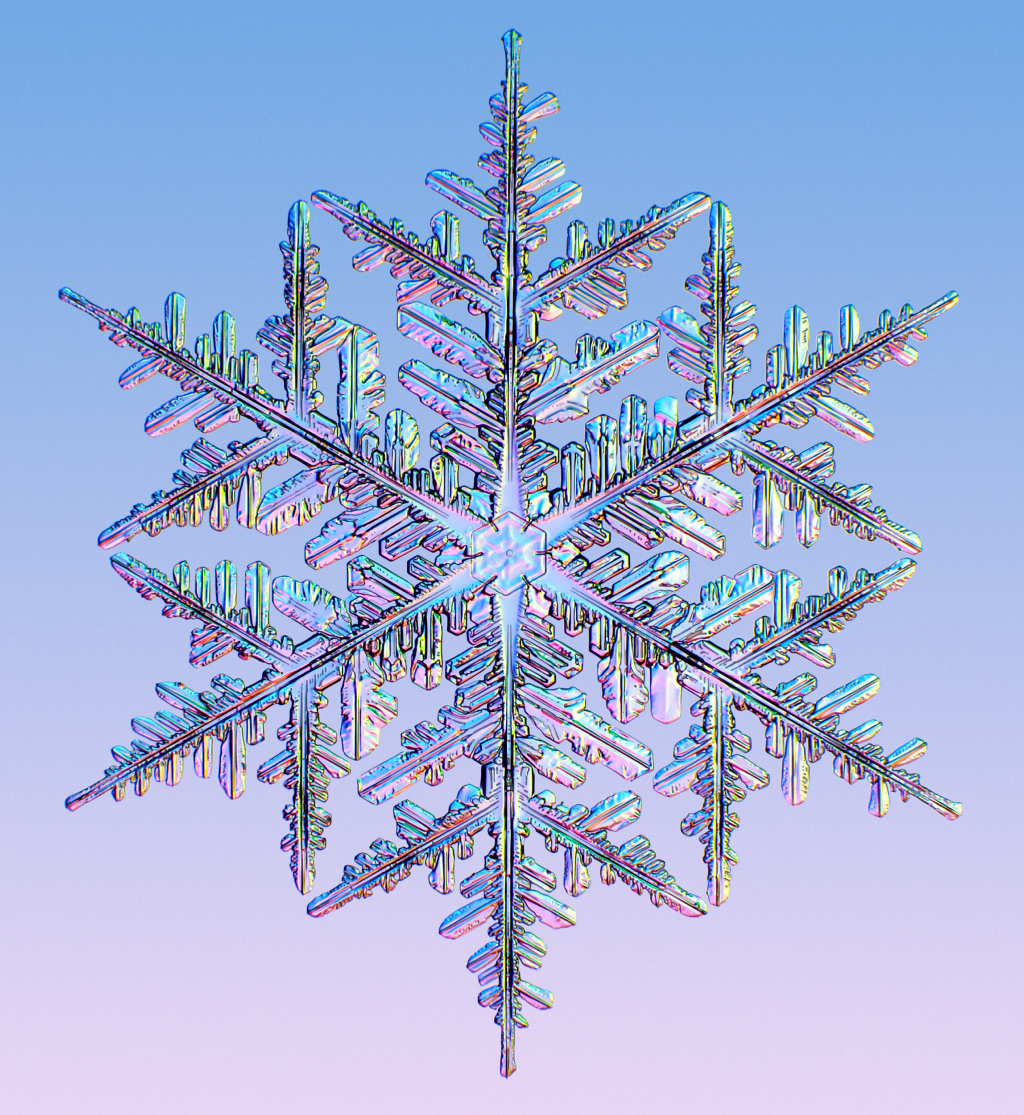 Snowfall the next 3.5 days:

Warmest weekend of the year for another few days!

Chilly end to this week!

Huge midweek storm! Deep snow in far cold sector..........then dry northwest half of the Midwest for a week+.

Air has moistened up.

IT's BEEN DRYING OUT IN THE SOUTH BUT IT WILL GET WET AGAIN THERE!

VERY wet but its been drying out(too much in the south).................with lots of precip coming up in some places but not as wet today in the 2 week forecast for some places compared to last week.

Currently, there is 0%  of the Cornbelt/Midwest with drought. There is no place even slightly dry there.

The South has been really drying out recently but heavy rains coming up should wipe out some of the dryness in  that area.

The market will be keying on precip forecasts for planting concerns for the next month. 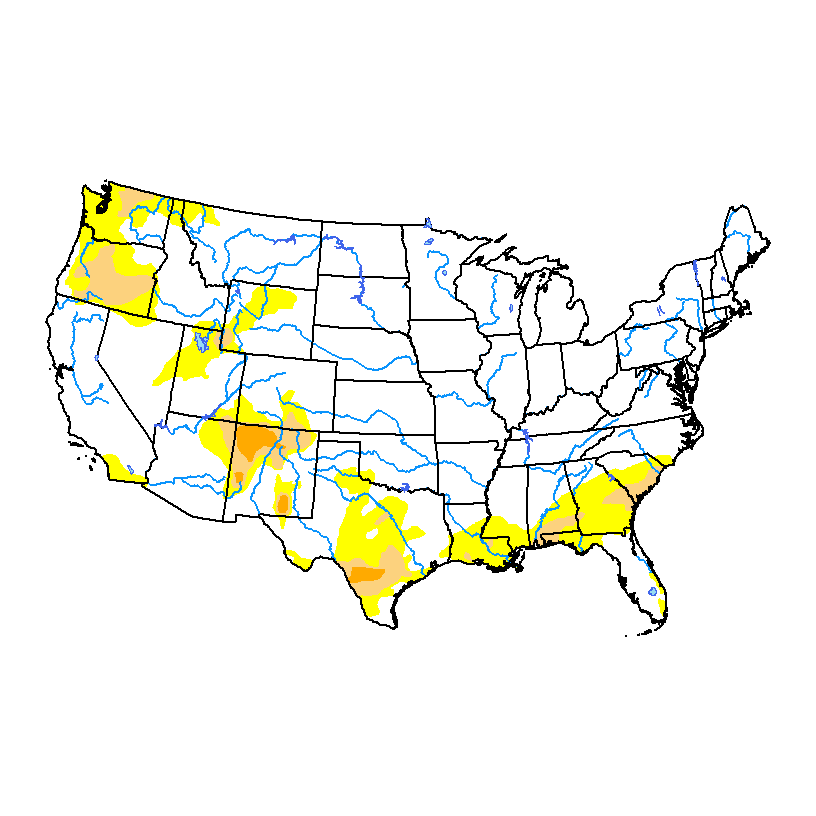 The top map is the Canadian ensemble average, the maps below are the individual members that make up the average

Last week+ of analysis, starting with the day farthest in the past:

Last Monday: Still wet as we go into mid April. Will the upper level ridge in the Southeast be strong enough to keep the flow from being progressive? Any amplification of the ridge or upper level lows/troughs in the southern stream will result in some excessive rains.

Tuesday: Very wet from the southern stream. Looking at the potential for excessive rain events in the S.Plains and points east/northeast again.....depending on how stout the ridge in the Southeast is.

Wednesday: Much drier for this ensemble model and run at the 2 week time frame. Also cooler in the Midwest/East. Will ridge West/trough East couplet in Canada to Upper Midwest take over and suppress the southern stream?

Thursday: Yesterday, the Canadian ensembles were the only model to look much drier. Today, they are much wetter and back to the old solution, so yesterday was a fluke. In fact, they and all the other models are the wettest yet for week 2 of any forecasts going back some time. Potent southern stream and cut off low potential with excessive rains from the S.Plains to point east/northeast. Still several members that like yesterdays colder and drier solution(especially Upper Midwest) with a stronger northern stream.

Friday: The mean looks more zonal today for both the southern and northern stream. This results in milder temperatures in the north and less precip most places, especially with the less amplified southern stream.

Saturday: Less zonal but the upper level low/trough from the southern stream on numerous solutions, backs up so far west that it results in a warmer and especially drier Midwest.

Sunday: Wide disparity on solutions, howeverer: 1. The mean is much more zonal and drier than the previous one and most of them last week! 2. Temperatures will be mild unless the northern stream amplifies and/or look like a minority of solutions show.

Monday: The mean/average is zonal but many solutions don't look like the average, they have an amplification of the pattern somewhere(possibly just transient). Majority are not nearly as wet as last week. No major cold intrustions.

Analysis,  starting with a week ago:

Monday: Wettest weather in the S.Plains.

Tuesday: Wettest weather in the S.Plains but now with the potential of an upper level low in the Northeast, a possible northern stream and cooler temperatures in mid April.

Wednesday: Southern stream looks more active on this model vs the Canadian , especially the 6z run after this one below.

Friday: This model still has a pretty potent southern stream and deep upper level trough on many solutions.......favored towards the west.

Saturday:  Not as wet with less upper level ridging in the Southeast.

Sunday: Not as wet again, with regards to the threat of excessive rain events,  without much ridging in the Southeast. However, It still could be quite wet in some places and very active.

Monday: Still not nearly as wet as last week with several solutions taking the southern stream out as a major factor.

Ensemble mean(average of all the individual solutions above)

Last Saturday: Big change in the positive anomaly centers. The one in the Northeast weakens with a new, greater one from central to Northeast Canada associated with the northern stream that "could" turn things chilly in mid April if it were to strengthen..........speculative.  Not much speculating on the southern stream being strong. Just a matter of where its going to be aimed for heavy precip.

Sunday: Active southern stream. Where will it be aimed?

Monday: Anomalies not that impressive.

Tuesday: Anomalies changing quite a bit. A new positive one in Northwest Canada across Alaska(another around Greenland) with the positive anomaly in the Northeast that was the main one last week, being replaced with a negative anomaly in Southeast Canada. This suggests the increasing potential for chilly weather in mid April. It could also dry things out in the Midwest by suppressing the southern stream farther south, into the S.Plains.

Wednesday: New anomaly centers continue from yesterday. Positive Northwest Canada to Alaska, negative downstream to the southeast. Should mean cooler mid April weather. Will it also dry things out in the Upper Midwest/N.Plains and suppress the southern stream south? Watch the upper level ridge in the Southeast. If it holds, it will be very wet in the S.Plains.

Thursday: Anomalies in the high latitudes, N.Alaska across the N.Pole to NE.Canada and negative anomolies in the S.Plains increase chances for cold in Canada to travel south but the big story is going to be southern stream energy.........and where its aimed. This will be defined by the negative anomaly in the vicinity of the S.Plains and positive anomaly in the far Southeast(which pumps up the moisture and blocks the progression of the large scale upper level low to its west). How wet it gets will be influenced by how amplied these features are.

Sunday:  No big anomaly centers to key off of. Slightly positive in the east and negative in the Plains still suggests at least some rain.

Monday: Weak anomalies from the mean, much because the disagreements average out.

Latest, updated graph/forecast for AO and NAO here, including an explanation of how to interpret them.

Last Saturday: AO really plunges now, to moderately negative. NAO to around 0 from positive and PNA a bit positive. Keep this up with gusto and the mid April forecast might turn cooler but we're a long ways from that and they indices are not as powerful for northern stream insight/affect on the US in the warmer months.

Sunday: AO drops to negative, not as much as yesterday..............less cold threat.  NAO has a very wide spread on both sides of 0. PNA slightly positive.

Tuesday: Stronger signals today. AO more negative......and favorable for cold air to be flushed from high latitudes, towards the mid latitudes. NAO now negative........more favorable for penetrating of cold into the Midwest/Northeast. PNA is slightly positive and increasing which also assists with those indices in increasing some chilly risks in mid April and beyond.

Thursday: AO plunges to VERY low values next week with the NAO also diving much lower into negative territory. This, in tandem with much cooler forecasts as air from higher latitudes makes its way into middle latitudes. These indices bounce a bit at the end of 2 weeks. If this were January, it would be pretty bullish for ng. The PNA is a tad positive.

Friday: Negative AO bounces up towards zero near the end of 2 weeks, just like the NAO. PNA is a tad positive.

Saturday: Negative AO and NAO with chilly weather late week 1/early week 2, then they recover towards zero and temperatures warm.   PNA.close to 0.

The link below, now has the PNA index added at the bottom:

Updated early afternoon. It has been getting less wet, especially Upper Midwest for this period the last few days. Not shown on these NWS maps but the models and my forecast are drier than last week.

Spring outlook from the NWS.

This is a HUGE deal to the grains, especially corn because planting, ideally can get going by the end of April and needs to be done in May.

Many traders/forecasters are drawing similarities to 1993 and the historic flooding of that year because that was the last time conditions were like this.

Each year is different. One thing is certain. The market will NOT be concerned about drought during planting and the early parts of the growing season. Surface and subsoil moisture is completely recharged almost everywhere.

It is getting quite dry in much of the SE US. So, rain is needed. Upcoming warmth will exacerbate the problem.

Re: Re: Weather Friday

I've noted how dry that its been recently in the South and it's too dry now in a growing area(I just updated the drought monitor map above).

The pattern coming up could take care of that quickly if the zone of heavy rains is far enough east.

metmike, big talk of a 12 to 16 inch snow fall coming to the upper midwest......are you predicting th same?

Looks like SD to MN will have the heaviest snow. Thanks much for pointing this out.