I own 30 of the WTIC September 100 calls that I paid $0.02 each for. They were 1 bid offered at 2 at that time. They are currently trading at 3 bid/offered at 4 so basically the price has DOUBLED but the price of oil is no higher now then when I purchased them AND time has passed so in the world of options these options should be cheaper. just telling traders what is happening. Interesting that the options players are taking what is happening in the middle east seriously.

A huge spike higher above $100 in the next couple of months and you would make a killing!

What date do your calls expire?

metmike: June crude spiked down from around 61.71 to 61.33 seconds after the release of the API data below:

"The American Petroleum Institute (API) reported a large surprise build in crude oil inventory of 8.6 million barrels for the week ending May 10, coming in significantly over analyst expectations of a 2.125-million-barrel drawdown in inventories.

Last week, the API reported a build in crude oil inventories of 2.81 million barrels. A day later, the EIA contradicted the API’s report, instead estimating a draw of 4-million-barrels.

Including this week’s data, the net build is now 29.52 million barrels for the 20-week reporting period so far this year, using API data." 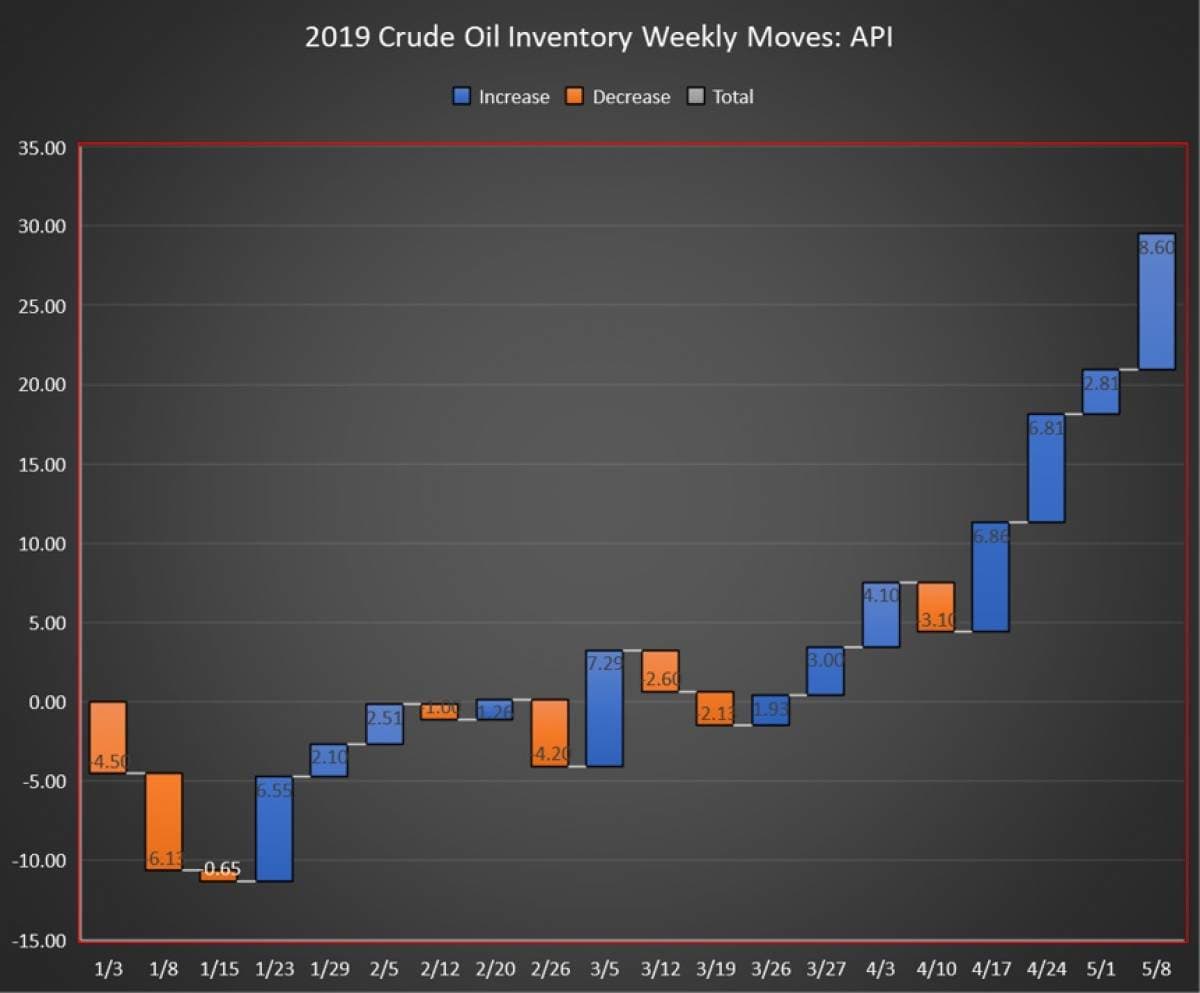 "Oil prices rose sharply on Tuesday on multiple reports of turmoil in the Middle East, including attacks on four oil tankers off the Strait of Hormuz, and a drone attack of a Saudi pipeline—although this was tempered somewhat by the escalating China-US trade war."

US crude oil production as estimated by the Energy Information Administration showed that production for the week ending May 3—the latest information available—fell to 12.2 million bpd from the all-time high of 12.3 million bpd the week prior."

Oil chart from the last 2 months below

September options expire in min August. I expect a war and oil around $130 by expiration, but obviously I have had these thoughts before, only to see them now play out as expected.