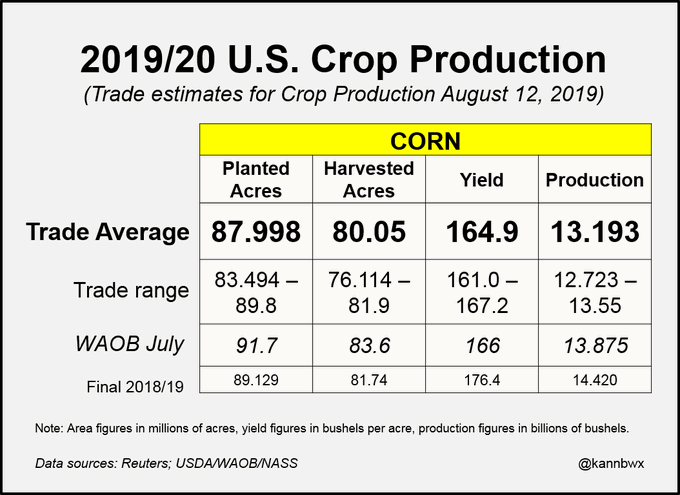 The trade is looking for a 390 million-bushel cut to 2019/20 U.S. #corn ending stocks on Monday. High end of range (1.9 bbu) is some 110 million bu off the July. Don't forget about possible changes to old-crop demand. Carryout for #soybeans seen rising, on the other hand. 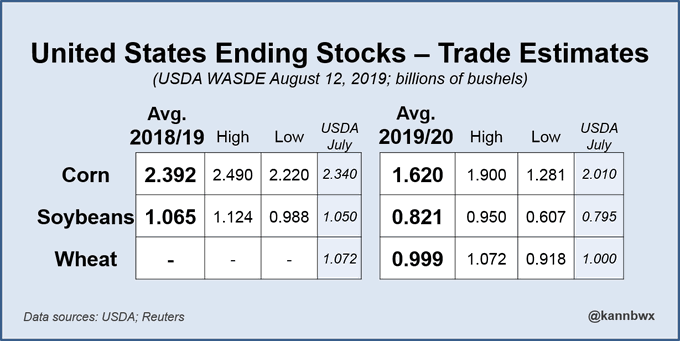 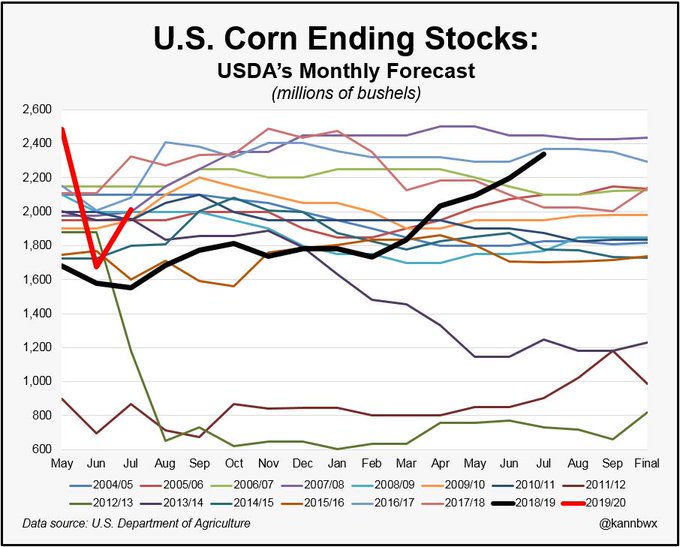 Two tweets above, I should clarify my statement. ***It would basically require a complete crop disaster to get that large of a reduction TWO TIMES in one marketing year. That is just based on recent history (about 20 years or so) and the examples from 2012.

USDA and wild guesses.....that is funny right there mm. if the USDA does not account for PP acres what good is the report? 86 m planted no 86 intended

USDA will NEVER report 88 intended 78 harvested (pp and normal loss) with 160 yield as I 'suspect' is the true situation.  Doubt USDA will recognize 5-7 pp

thanks for the comments. 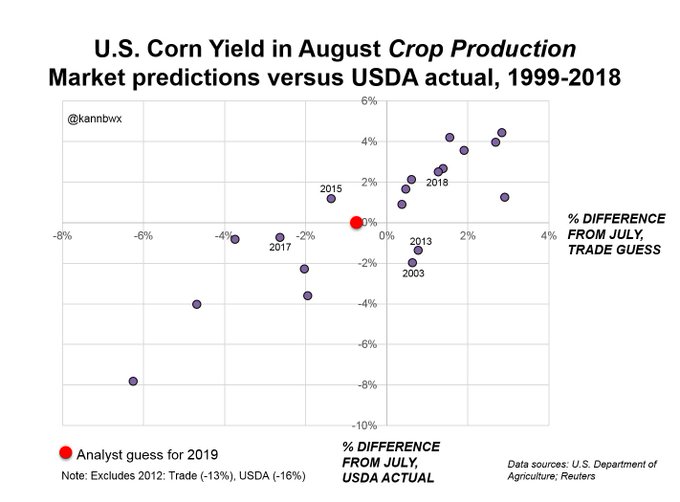 And keep in mind, Monday's yield will not be USDA "raising" or "lowering" yield from the current 166 bpa. Monday's estimate is a completely new, independent estimate from NASS derived in a different way than WAOB's figures from May-July.

Last year, August soybean yield came in 6.4% larger than in July, the largest jump between the two months in at least 20 years. The August 2018 yield of 51.6 bpa was the first August peg above 50. It also turned out to be the final yield last year.

Yield for #soybeans has been a bit more difficult with the trade missing the direction in August 6 times in the last 20 years. Two of those were recent (2015, 2017) where market was looking for a lower yield than in July, but the August number came in higher.