Hello October 2nd!  Do something......(even if it's just saying hello to a stranger) to make somebody feel especially lucky today......... Then think about how you made their world better!

Scroll down and  enjoy the latest comprehensive weather to the max...... occurring because of the natural physical laws in our atmosphere as life on this greening planet continues to enjoy the best weather/climate in at least 1,000 years(the last time that it was this warm).

Heavy rains finally coming to an end for parts of the Central US!!

Record heat southeast, chilly air northwest  right now  but the pattern is breaking down and turns to a more zonal flow and  less extremes.

Coffee-watching to see if the October, start to the rainy season gets going or sputters....looks like it will be sputtering at the moment. There is one rain event in the next 2 weeks.

Mid Summer,  record Heat is north of the Ohio River! Cooling on they way.

The anomalous pattern/extremes  breaks down in a big way. Close to average temps. Still some heat left in the Southeast.

Reinforcing cold front MUCH drier in the wet areas.

Midsection drying out next week.

In july/August/Sept, it's typical to see some increase in drought because of heat  being a factor in evaporation, seasonally exceeding low rainfall during this month.

TOP MAP SHOWS DROUGHT INCREASED QUITE A BIT IN THE LAST WEEK(AGAIN) in the Southeast and South because of intense heat and no rain!!!! This includes the Eastern Cornbelt.

The map below is updated on Thursdays. 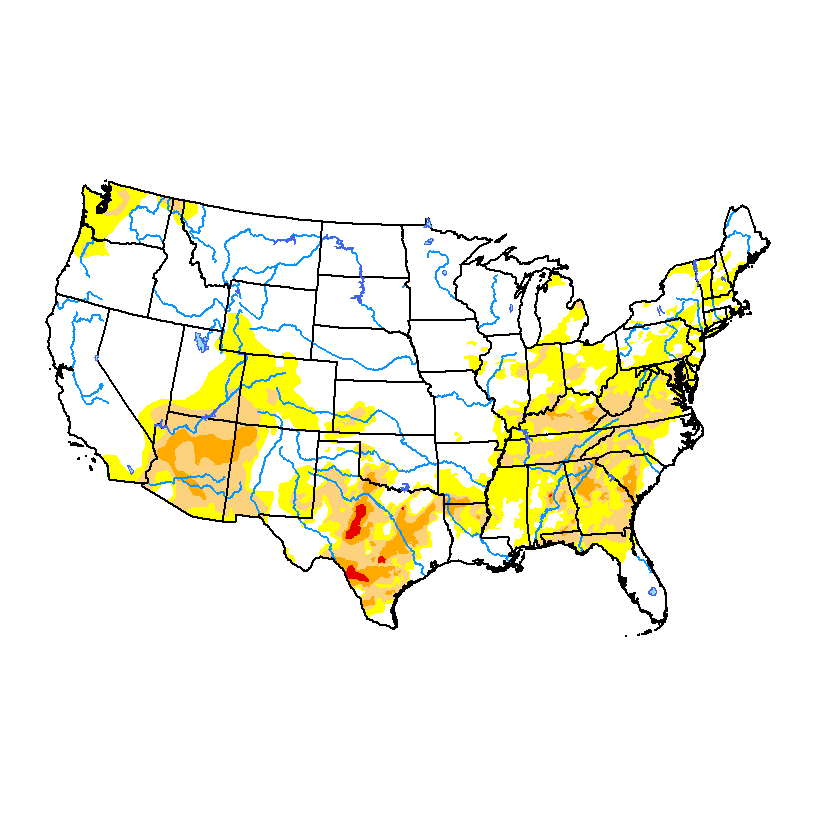 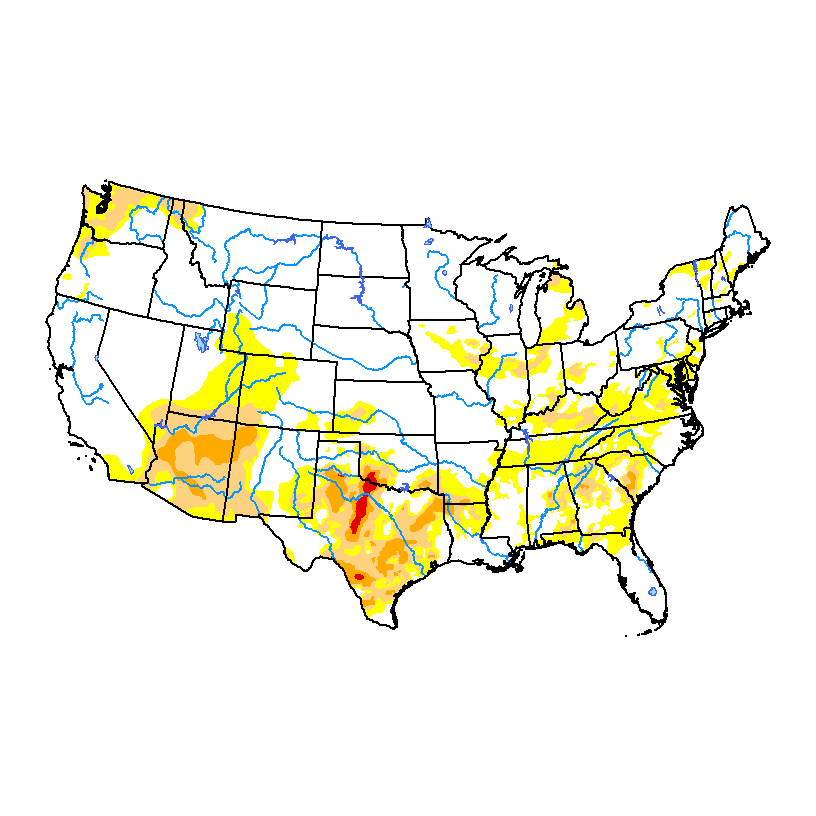 The heat is pushing the late planted to maturity, but also not allowing for kernel development

Our area has been lower yield in all crops harvested thus far. Our local co-op does an annual yield check for corn and bean yield

Our area is expected to yield 167 bu.acre   "ouch" with a county average of 171. Some will yield 200 but that ground usually yields 200 plus  "ouch" I have noticed the later planted corn has the samee kernel count but not the ccob wt as earlier planted. Given much of Ont corn was planted in June, my observation is most June planted corn has very small cobs

I don't see even 40 bu average as many fields look to me in the 20-25 bu. I think 40 is overly optimistic [for our county] with short beans and low pod counts. Any beans planted in June will be 25 or less in all of Ont IMHO with some places better but the average will be much below average

This will be a yr of disappointment in Ont as the harvest tells the story. Our cash price is already elevated and should go higher as I think much of Mich will also be below average

Beyond Mich the transportation cost for corn, just adds to our cash price

We have one customer that bought several 1000 bu from us, this yr. as he will not have enough corn to feed his hogs in 2020. He is paying to truck our corn a considerable distance and we do our own trucking. We can only do two loads a day due to distance travelled, vs four locally per truck.

I expect to see more competition for available corn in 2020 in our area. Unfortunately I did not plant 1/2 of a farm [ tiled it instead] so my bu will be less and with lower yield much less available, once the harvest dust settles and I know my total bu.

Going to be a skinny yr on this farm for 2020, but we will pay the bills. This yr, that may be as much as most can hope for.

Re: Re: Re: Weather Monday

Where was all this rain last July ???? A pattern sets up and stays too long. WET spring. Basically no rain in July, and now heavy rains every few days. Harvest a month behind, and big snows in Montana to give us the next thing to worry about.

In the SW corner of IN, we are going to end up with our 2nd driest September and 3rd driest month in recorded history.

The late planted and double crop beans got hurt since temps were MUCH above average too and there were still a few more weeks left to completely fill on them............at  the very end, they just shut down early.

Amazing how both 'the driest ever' and 'too dang much rain' can coexist on the same continent not that far from each other!

Yes, and thats what often happens.

A very warm pattern in one region from is being amplified, usually means the equal and opposite pattern upstream or downstream.

An anomalous   upper level heat ridge/dome in the Southeast US causing hot/dry, in combination with the opposite pattern along the West Coast......... anomalous Upper level low with cold, is favorable for heavy rains in between.

Look at this pattern!!!

Snow that initially fell in the mountains early in the weekend will spread to the lower elevations of the northern Rockies and northern High Plains into Monday. Gillette, Casper and Cheyenne, Wyoming; Rapid City, South Dakota; and Dickinson and Williston, North Dakota; are among the cities expected to receive some snow into midweek.

Re: Re: Re: Weather Monday

Huge rains along entire length of I80 through LaSalle County, Illinois.  Tenant says he has a 5.5 rain gauge and when he checked in Saturday morning it was to the top. Most say slightly over 6 inches.  More supposedly on the way Wednesday.  Wont help crop, but sure will make for high moisture crops and rutted fields.  (Probably same ruts as when it was planted!!)

We are burning up down here in SW Indiana.

If this were August, the market would have been soaring this month................actually it is today but mostly from the very bullish USDA report.