U.S. export inspections last week were a little light for #wheat and so-so for #corn and #soybeans. Some 70,540 tonnes of beans were inspected for #China - meaning momentarily, outstanding U.S. bean sales to China likely fell to 0 (but they reportedly bought more beans Thursday). 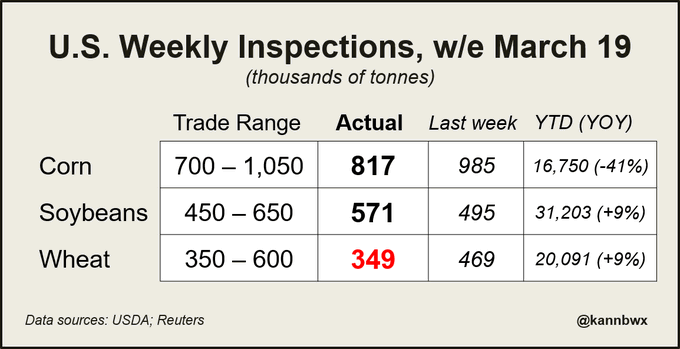 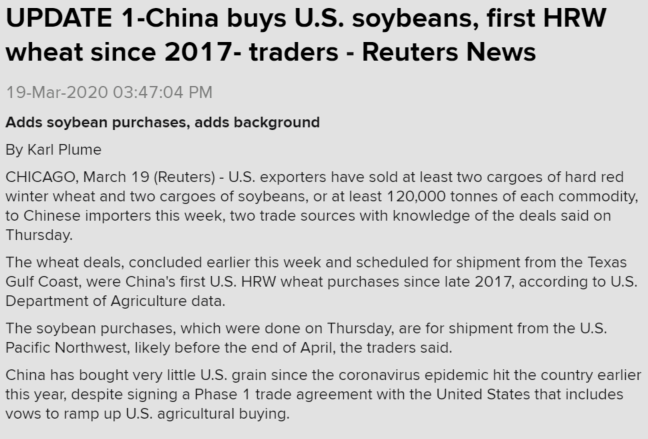 Unknown is likely to be #China too after yesterday's report that they bought 2 cargoes of #soybeans. However, the sales to unknown earlier last week were likely not to China (yesterday's export sales would support that).

Mar 19This was first reported last Friday, but #Ukraine's 2020 grain harvest may fall:13% YOY for winter #wheat10% YOY for #corn9% for #barleyThis is due to low soil moisture following a snowless winter. Ukraine is a big corn/wheat export competitor to the USA. 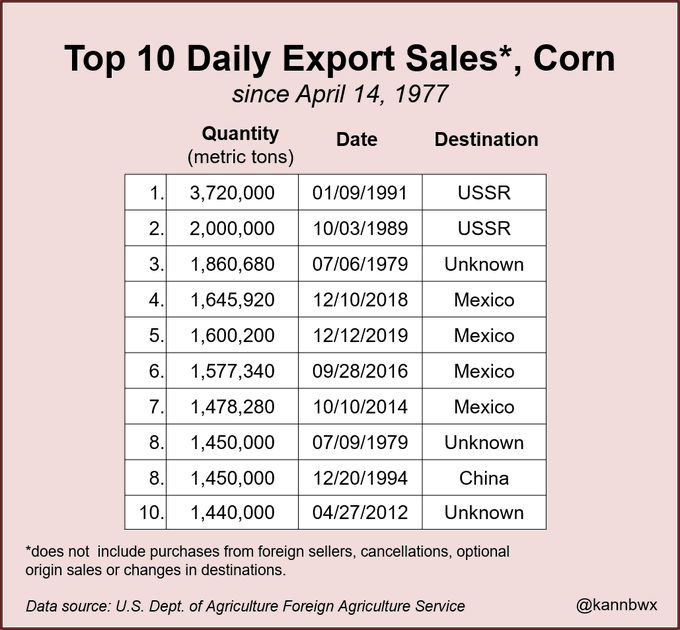 Finally, a year-on-year comparison. This map shows all vessels carrying #soybeans today vs. one year ago, many of them traveling to #China. #Brazil soy exports were 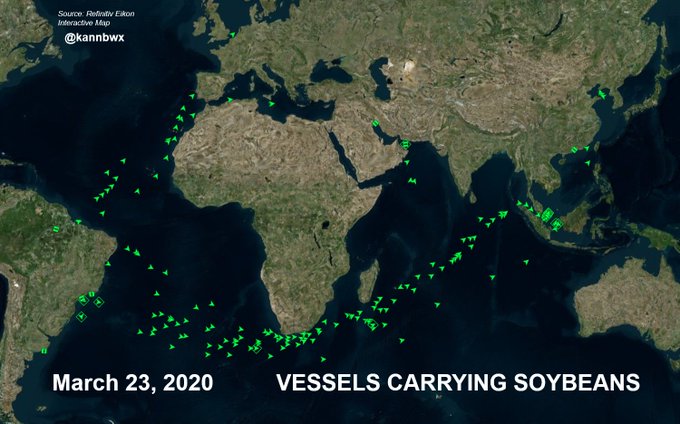 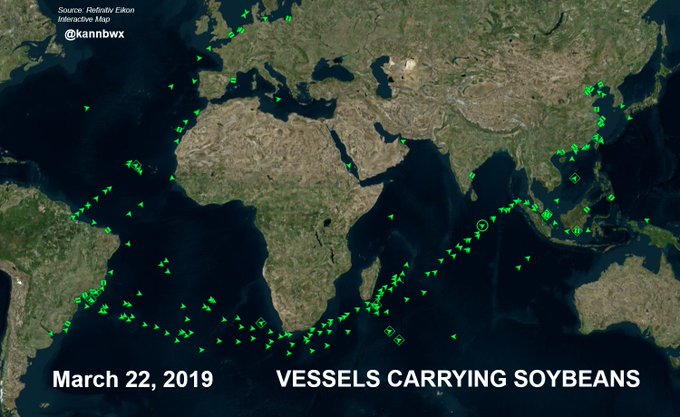 For all of you Eikon users, no, there is not a new function allowing you to map old dates. I have literally waited one year for this day :)

Export sales this morning were massive! 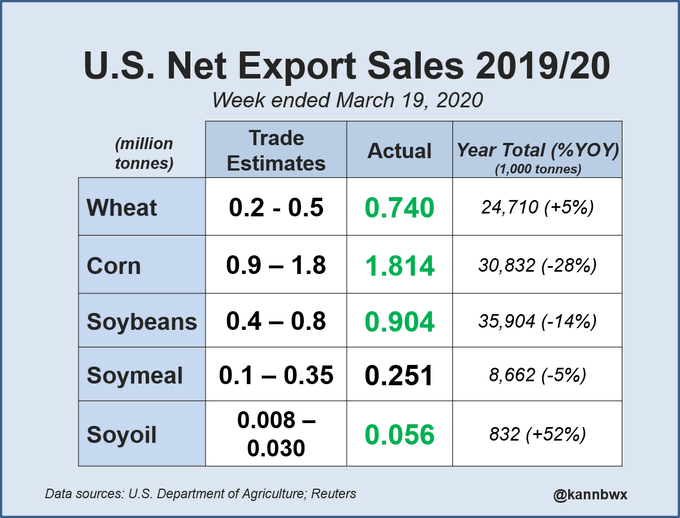