A unit of the German Ministry of the Interior has come to the conclusion that the lockdown policies could end up killing more people than Covid19, since people with other medical problems are not receiving treatment. The 86-page document was leaked to a German newspaper and published. (the ministry has since denied that this was their official opinion)

In the UK, in late April. Professor Richard Sullivan warned that there will be more excess cancer deaths in the UK than total coronavirus deaths due to people’s access to screenings and treatment being restricted as a result of the lockdown. At this point, there have already been some 10,000 excess deaths (from other diseases) as a result of seriously ill people not being treated because of COVID-19

Swedish professor of internal medicine and epidemiology at Lund University said, “It’s so important to understand that the deaths of COVID-19 will be far less than the deaths caused by societal lockdown when the economy is ruined.”

Medical experts have warned hat there will be 1.4 million deaths globally from untreated TB infections due to the lockdown.

A data analyst in South Africa found that the economic consequences of the country’s lockdown will lead to 29 times more people dying than the coronavirus itself.

And here in the US, it has been pointed out numerous times that hospitals have sent away patients to keep beds reserved for the expected onslaught of Covid19 victims.Yet, we often read of hospitals lacking customers, to the point of having to furlough their staff.

We had to shut down to flatten the curve and avoid a potential medical apocalypse.

We peaked weeks ago, however. We flattened the curve. We avoided an apocalypse. At a cost of  ruining the economy and people’s lives.

Why, with our main objective accomplished weeks ago, are we continuing to self impose wrecking millions of lives?

The reaction that has been more than 100 times greater than for the flu does not seem justified.

It's risk reward. You can't take the chance of losing your house to a fire, for instance and incurring a total $500,000 loss, even if there is a 1% chance of such an event.

We can look at shut downs in the same way.

In the beginning, we thought the potential loss could be as many as 1 million lives, so we had to shut down.........pay a very high price to insure against a potentially, extremely expensive event........like paying $25,000/year for that extremely expensive, 50 M house.

OK, so now we know that there will not be 1 M deaths. Between now and the end of the year, maybe will have another 100,000 deaths? Maybe less than that.

So why would we keep paying the insurance premium that we were paying for the risk of 10 times that?

It would be like continuing to pay the $25,000/year house insurance premium that we paid for the 50M house but for a new house worth only 5M. The risk of the most catastrophic circumstances happening has gone down by 90%, why should we keep paying the same insurance premium as when it was 10 times higher?

I would venture to say that the premium we payed with the economic and other shut downs was more than 100 times a price for the risk but we had to do everything possible to avoid a collapse of the health care system.

We passed that point and now the downside, worst case scenario is MUCH, MUCH less  and we have the data/science to show what we could only guess at before.

Why would we continue to pay the same costly (to the quality of human lives/economy) insurance premium for the risk of something that is no longer a risk?

Because we are AFRAID that the high risks could return? That's not science.

Because the MSM is lying to us and telling us that the rates have increased because we are lowering insurance payments(opening up)?  That's fake news and propaganda not science.

The upward revisions “are a result of a combination of updated daily death and case data, recent actions to ease previously implemented social distancing measures, and steadily rising levels of mobility in many places,” the researchers said in notes released with the data.

“We’re just seeing explosive increases in mobility,” he said, “in a number of states that we expect will translate into more cases and deaths"

"The county’s beaches also became flashpoints for controversy last month, when Newsom ordered their temporary closure after some became crowded with visitors during a heat wave."

Do these graphs below for the US and California, updated thru Wed data, look like rates are increasing(especially since increased tested is causing the drop on these graphs to be less than the actual drop)? 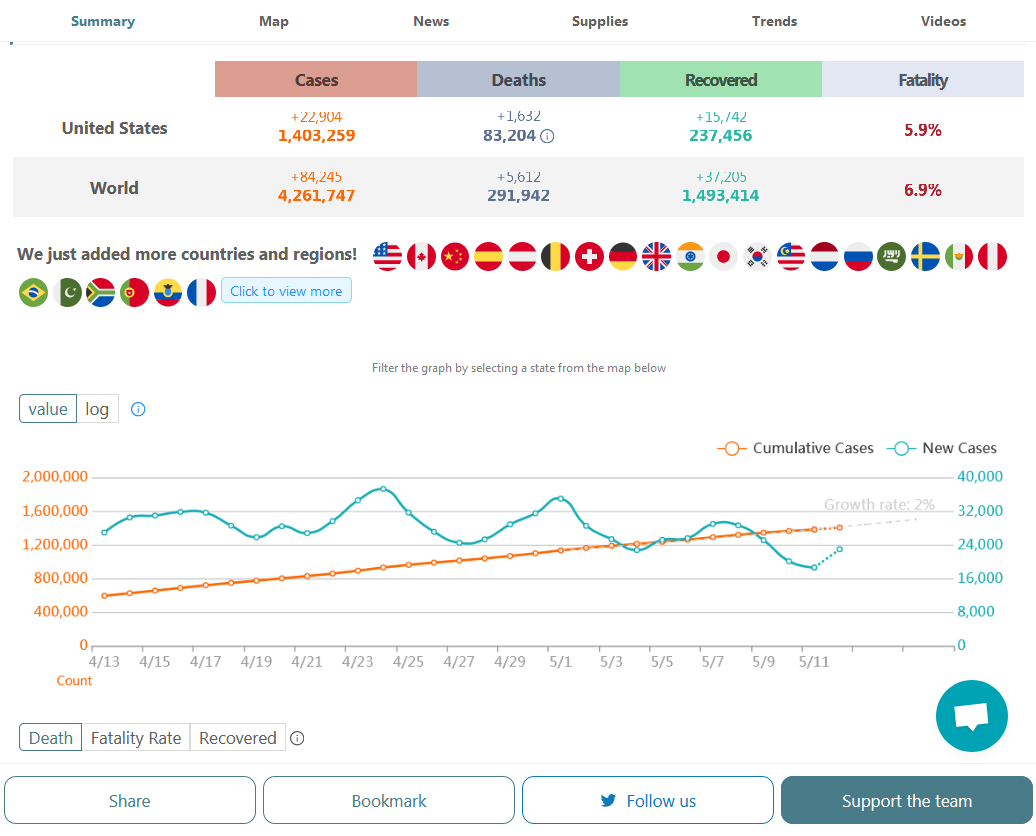 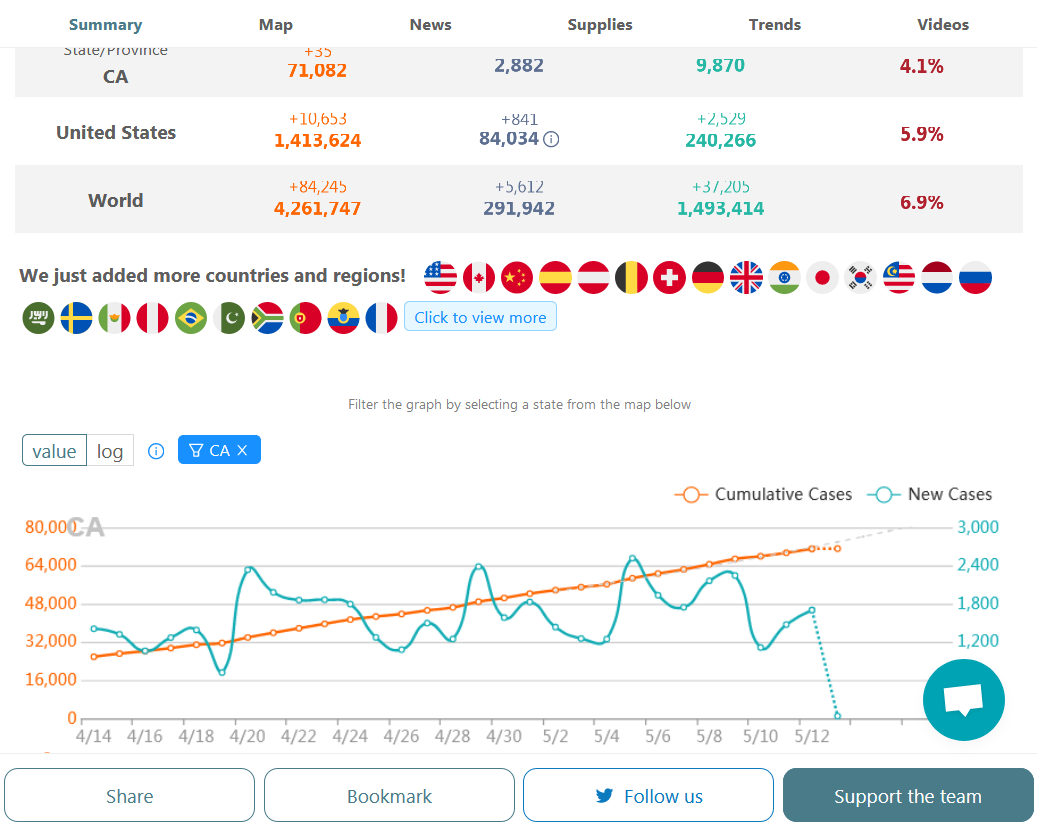 What the MSM is telling us that's happening is different than what's really happening.  Could infection rates go much higher again because of opening everything up?

Yep.  It's possible. But it hasn't happened so far. They have spent much of this month lying to us about what's really happening. How can Americans possibly understand what to think if they can never know if they are getting the truth or not from the gatekeepers of news/information?