Do not have Trump-2020 signs in your front yard.... do not stand on the sidewalk with a Trump-2020 poster... if you are one of these people who prefer Trump to be elected again...... unless you don't mind getting shot

A 60-year old black man had the nerve to stand on the street corner with his Trump-2020 poster. He was shot dead in broad daylight.

You must not forget, this is no longer the Democratic Party we have known for so many decades. Something has happened to them.... something has turned them into dangerous fanatics.

Sure, Trump winning in 2016 was the trigger for all of this. Had Hillary won, everything would have continued as usual, as far as political divisiveness is concerned. However, somehow, seeing the very unpopular Trump winning the race, has driven them beyond normal behavior... has driven them  towards violence

I need to apologize to the many peaceful Democrats, who still are as they used to be.

However, the violent fascist movement Antifa, and the violent portion of the BLM movement have taken over and added a twist of violence to the democratic side.

This was just more evidence for why people are afraid to express their political views.

Despite this, sometimes justice prevails in the end.

And of course,  this would only be newsworthy had he been shot by white cops.  A trump supporter?    Got what he deserved as far as the media is concerned.

but none of this hardly matters, after all Geroge Will is even voting for biden. The US becomes Venezuela and all is well with the crazies

"And of course,  this would only be newsworthy had he been shot by white cops.  A trump supporter?    Got what he deserved as far as the media is concerned."

Nothing from most MSM sources. Nothing on CNN.

Like when the 19 year old black guy was killed in the land of CHOP.

His life was meaningless, his poor traumatized Dad was treated like garbage.

Just a month earlier, another black man was killed. This guy was treated like a martyr and hero and and put up on a pedestal.  Nationally televised funerals in MN and TX. Lots of celebrities. Dems outfitting themselves in African ritual garbs and kneeling in a special tribute to him. MSM, round the clock coverage related to it. Widespread protesting, now going on for 2 months(spreading COVID but being encouraged). Baseball players kneeling during the National Anthem.

But this man and his son below? Sorry dude, your black lives are completely worthless because we can't use them for the political agenda.  You need to be shot by a white cop if you want any attention so that we can USE YOU for our agenda. 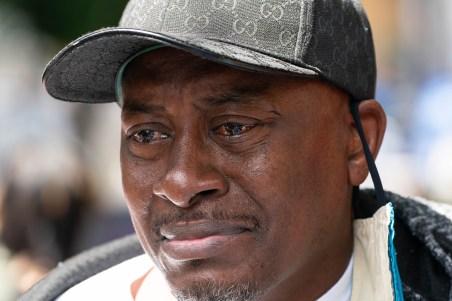 "The father of a 19-year-old man who was one of two people shot and killed in Seattle’s Capitol Hill Organized Protest zone said the no-cop “autonomous” area must be shut down.

“This doesn’t look like a protest to me no more,” said Horace Lorenzo Anderson, Kiro7 reported. “That just looks like they just took over and said, ‘We can take over whenever we want to.'”

The father’s comments came Monday — hours after the shooting death of a 16-year-old boy in the lawless zone.

Both teen victims were black, according to Kiro7.

Father Of 19-Year-Old Killed In CHOP Horace Anderson Talks To Hannity In Emotional Interview: "These Are Kids"

metmike: Look at this poor man, he just lost his 19 year old son needlessly for this counterproductive movement. He and his sons death are being treated like garbage by the same people who made George Floyd a martyr.  The entire planet knew who George Floyd was. He  had several funerals/ceremonies with all sorts of celebrities that were on live television..........because a white cop killed him.

It was wall to wall coverage for weeks. Protests around the country for George Floyd.

After 10 days, not one person has even come to his house to explain what happened. He's had to read about it on the internet. He and his son are garbage in the eyes of those who only want to use black deaths from white cops for their political agenda.....including the MSM that is NOT covering this inconvenient death. Nothing from the Mayor, who claimed this was going to be "A Summer of Love"

Where is race charlatan Al Sharpton?  Why isn't Nancy Pelosi recognizing this?  Why isn't CNN giving us round the clock coverage for days like they do  when a black man is killed by a white cop?

Defunding the police will INCREASE those numbers.

Nobody even came to this man's house or called him to tell him what happened.........because the media and democrats are worried more about the political agenda when it comes to black deaths.

Black lives lost like this DON"T MATTER ONE DANG BIT!!!

Black lives/deaths that can generate votes and support for political agenda mean the most.