For grains: Tons of rain in the southern half of the Midwest. Drying out northern 1/2.  +3% in crop ratings on Monday keeping us lower this week. Stratospheric new crop demand(from China) in July.

We just passed the hottest time of year climatologically.

Look at the huge pocket of blues in the Cornbelt...............just what the doctor ordered for this time of year with regards to temperatures and early corn filling.  Over the past week, this cool departure for this period has continued to grow and been very unexpected by me, just a week ago.

Upper level low and surface reflecting in the south will bring rains, some heavy.

Dry-ish in the north. 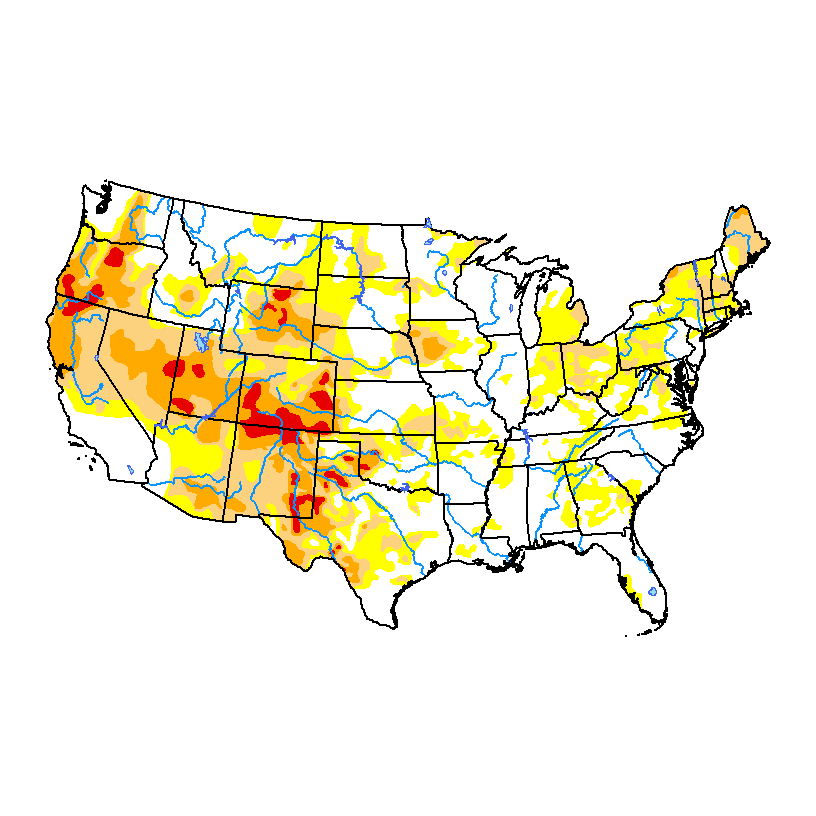 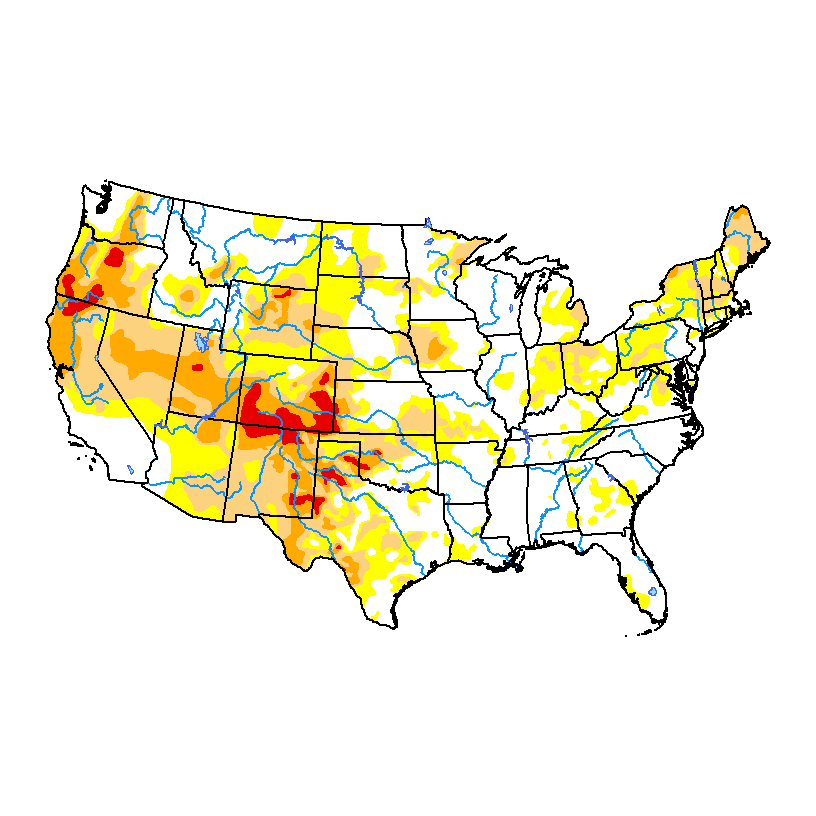 Sunday: The jet stream has been shifting progressively farther south the last few days, late week 2 on this model. Pushing the dome farther south. Potential for active, northwest type flow into the Midwest. However, patterns like this can sometimes become less productive rain producers later in the Summer as soil moisture dries up.

Tuesday: Same as changes for the last week..........dome weakening and shifting farther southwest on majority with northwest flow into the Midwest/Northeast. Northwest flow rains tend to dry up as the Summer progresses! Still a minority that like the heat ridge in the South to Southeast.

Wednesday: The average has the dome backed up and northwest flow into the G.Lakes/Northeast but a significant minority have the heat ridge farther east or northeast.

Saturday: New feature, since Thursday had been the appearance of a Bermuda High in the far southeast. This has the "potential" of turning up the heat in the east, which would maximize CDD's since there is such a high population there using AC.

Sunday: Individual solutions are very different in the Midwest. Some have active northwest flow..........some have the heat ridge building in. Regardless, the dome is not dead and will most likely be centered around the S.Plains again.

Tuesday: Huge disparity on where the dome will be. This model is much more bullish with it vs the Canadian model........half the members have it farther east.

Wednesday: Disparity on the location of the dome again. How far east/west. Northwest flow G.Lakes/Northeast?

Saturday: Still some DRY northwest flow into the Midwest on the majority. With NAO increasing back to 0, will this allow more ridging and heat from the west into the N.Plains? Individual maps below DON'T show that. They still like nw flow in 2 weeks.

Sunday: Positive anomalies almost everywhere. The greatest anomaly in the US is over the NorthCentral part. Interesting weak negative anomaly far Northeast at the end of week 1............associated with the -NAO and potentially bringing in some cooler air to that area temporarily.

Wednesday: Large area of slightly positive anomalies  vs greater magnitude of the anomalies earlier this month, so less heat than those much earlier in the month models.

Saturday: Generally positive height anomalies and above normal temps across much of the country. The big hemispheric  positive anomaly center is over Siberia with ridging to N.Canada and  no affects on our weather.

Sunday, July 19, 2020: -NAO continues. Potential for more cooling than model solutions show in the Upper Midwest to East.  PNA has a huge spread and uncertainty late week 2. Higher potential for some big changes to the model solutions late in week 2 because of this(and less reliability in individual solutions). Regardless, none of this strongly suggests the pattern will not continue to feature a large area of hot weather, especially in the S.half of the US.

Monday: Still negative NAO has me leaning a bit cooler than models in the northern half of the country. AO and PNA near 0.

Tuesday: Still negative NAO and bit negative AO, along with PNA a tad positive give the northern stream a chance to push cooler air south........just depends on how massive,, the heat ridge to the south is.

Wednesday: -NAO, -AO and a bit postive PNA all favor a bit more cooling than what models predict. For the past 2 weeks, these indices nailed the cooler teleconnection pattern that led to all models getting cooler and cooler(less hot) thru much of the last 2 weeks.

Saturday: Still the slightly -AO but the weeks long -NAO, that picked up on a dynatic that the models didn't dial in at times and caused many model updates to be cooler than previous ones up until last week.......could be increasing to 0 and become less of a potential cooling factor. +PNA with a wide spread.