Looking at today's report of production & consumption rolling off the table last week, it took me a while to remember - Oh, yeah - 2 storms in the Gulf. A few years ago that would have been Big News.
(Shakes cane in the general direction of my lawn)

(Shakes cane in the general direction of my lawn) What???

Like cutworm, I look forward to  learning something new based on this expression: (Shakes cane in the general direction of my lawn)

The path of the US dollar supports a higher price.

US production declines and inventories suggest the price is heading higher.

UCO is a leveraged bullish tool, but it suffers from time decay during consolidation periods.

How old are you Patrick, if you don't mind me asking.

I'd tell you, but you'd think I was lying & you'd probably be right. 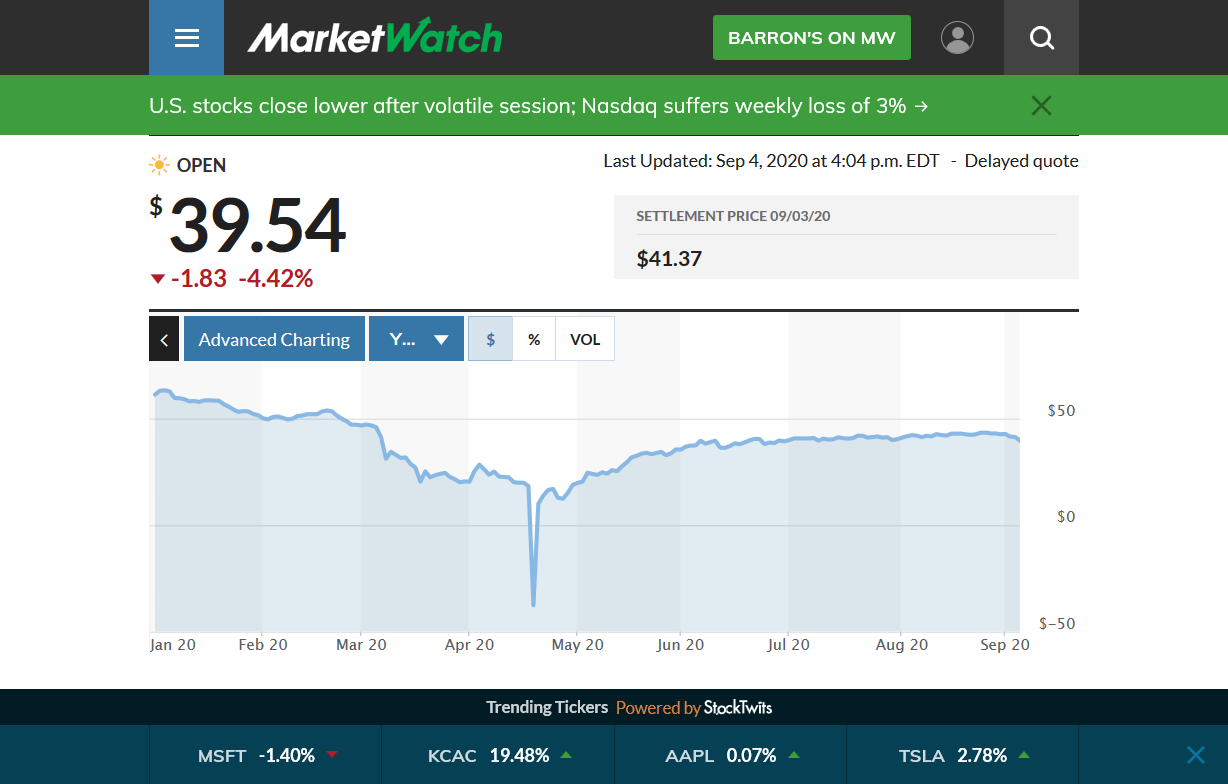 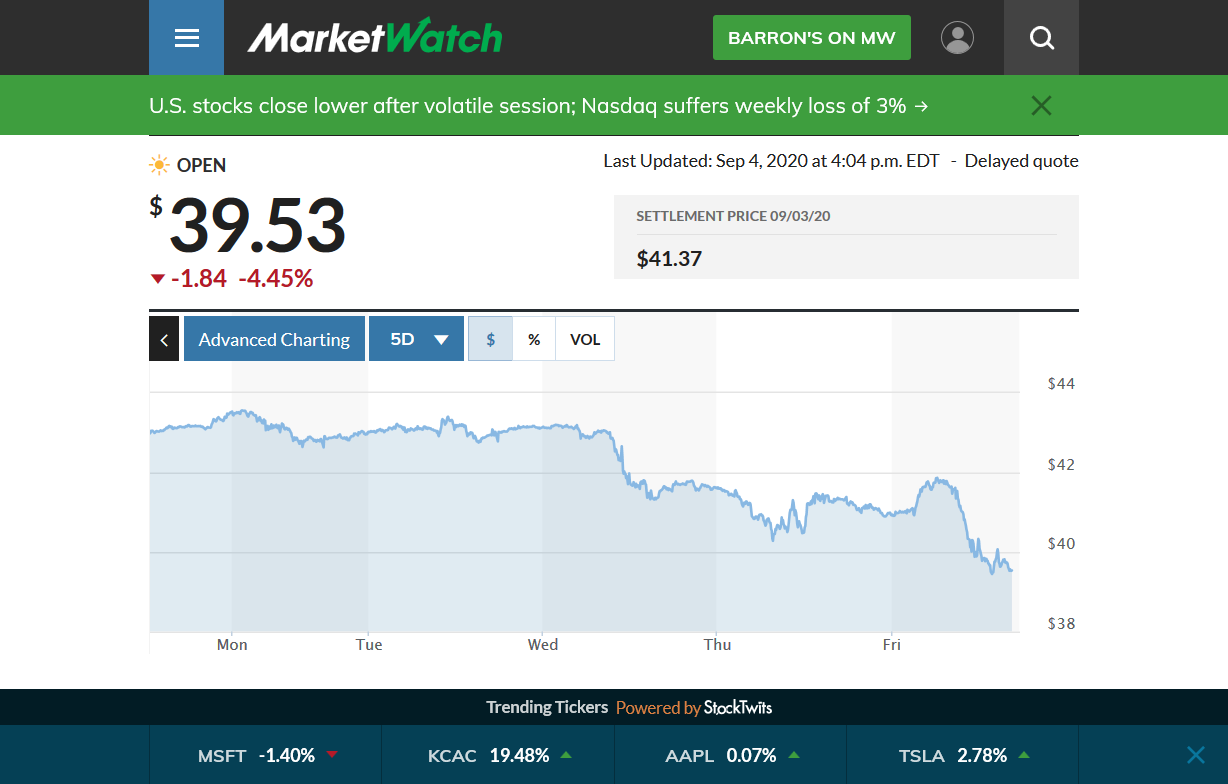 Current gas prices. They may seem low but we are being price gouged in some markets right now. This seems to happen more in September for some reason. 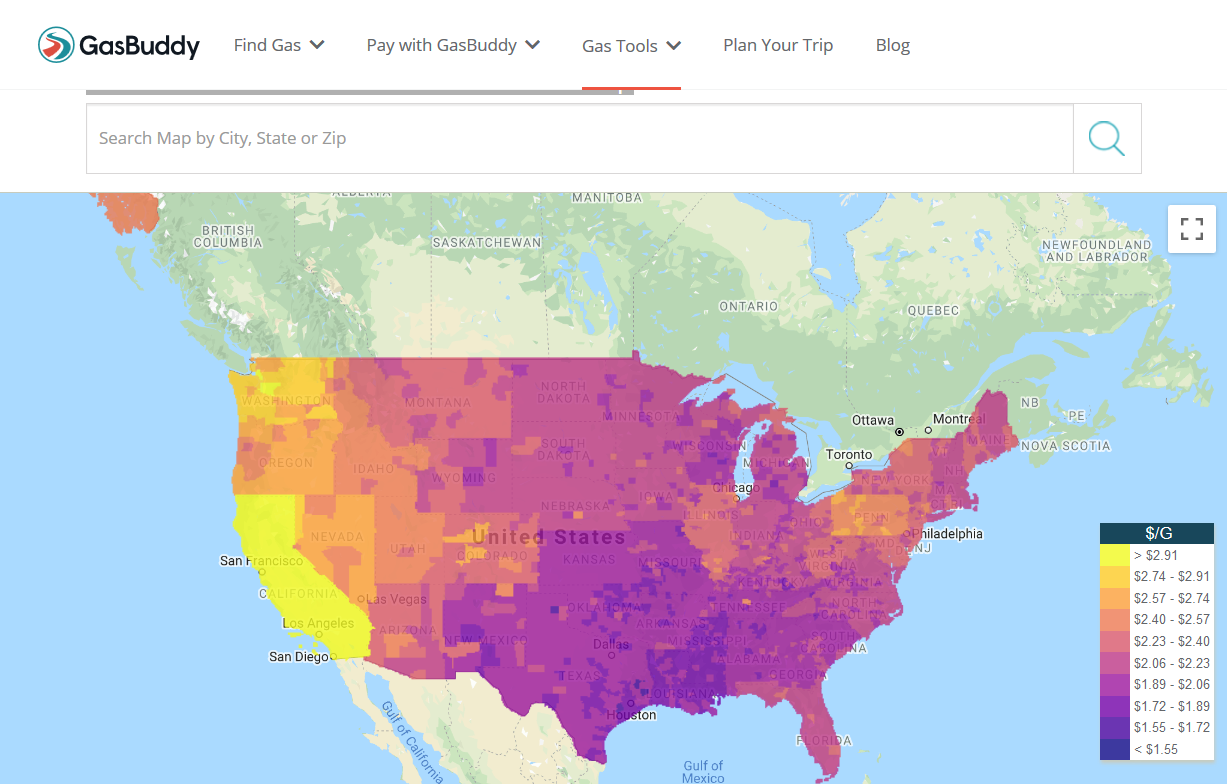 -President Donald Trump is set to endorse an extended ban on offshore oil development on Florida’s western coast as he courts voters worried that drilling imperils the state’s beaches and tourism-based economy.

At issue is a moratorium on selling new leases in an area of the eastern Gulf of Mexico about 150 miles from the Florida coast — a ban that is set to expire in 2022, unless Congress renews it. Trump is expected to endorse the extension of that moratorium during a visit to Florida on Tuesday, according to two people familiar with the matter who asked not to be named before a formal announcement.

The White House declined to respond to a question about the moratorium but said in a statement that Trump is slated to discuss his administration’s conservation and environmental protection efforts in the region during an afternoon speech in Jupiter, Florida.

Iranian Fuel Seized by US to Reach Texas Within Days

The U.S. announced in August that it had confiscated 1.1 million barrels of Iranian fuel bound for Venezuela. The sources said the four tankers originally carrying the fuel had transferred their cargoes onto the two vessels, which had special permits to enter into the U.S. waters to deliver the cargoes.

Brent crude oil futures are languishing around $40 a barrel after posting their biggest weekly decline since June.

“The market is soft and bearish and floating storage is returning again,” a market source said. 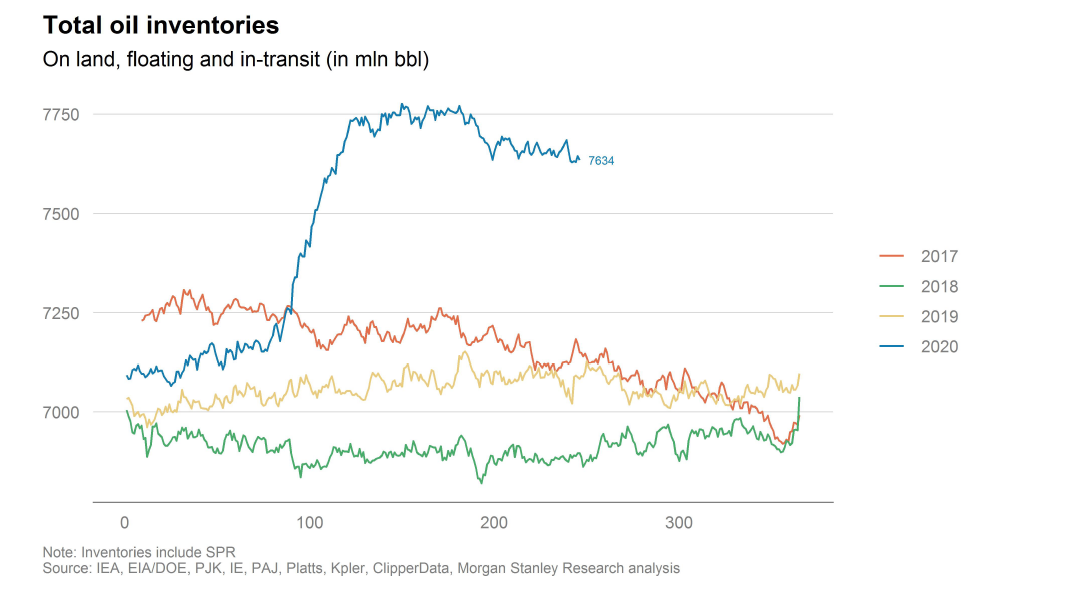 “It is increasingly clear that market fundamentals are not improving as quickly as expected, particularly on the demand side,” Morgan Stanley analyst Martijn Rats said in a note.

Global oil inventories remain sharply above average when looking at recent years. Although stocks have drawn at a pace of around 1.6 million barrels per day over the past 30 days, they are still some 600 million barrels above last year’s levels, according to Morgan Stanley.

Most of the draws were in crude oil inventories, but refined products stocks remained “stubbornly” high, Rats said.

Compounding the bleak picture are weak margins and signs of an erosion in demand from China, whose record crude purchases in the summer months as it emerged from economic lockdown to scoop up cheap oil, mitigated demand damage globally.

But one top Chinese buyer said the outlook appeared grim.

“There are fewer refinery runs in China, teapots (independent refiners) have used up a lot of their import quotas, inventories are still pretty high and crude at current levels are not great for margins.”