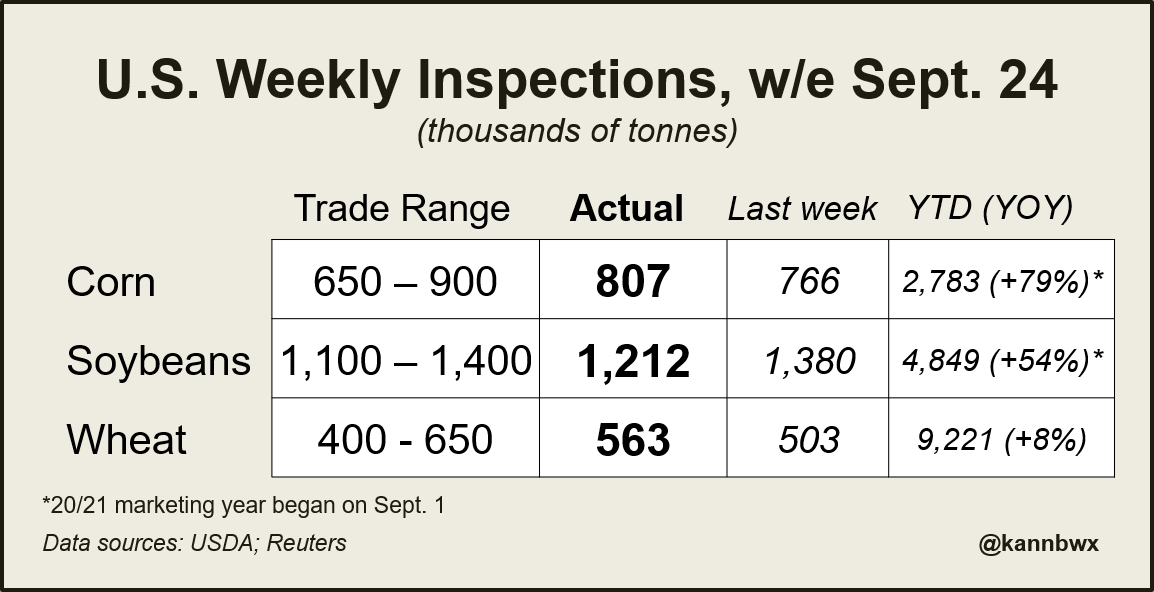 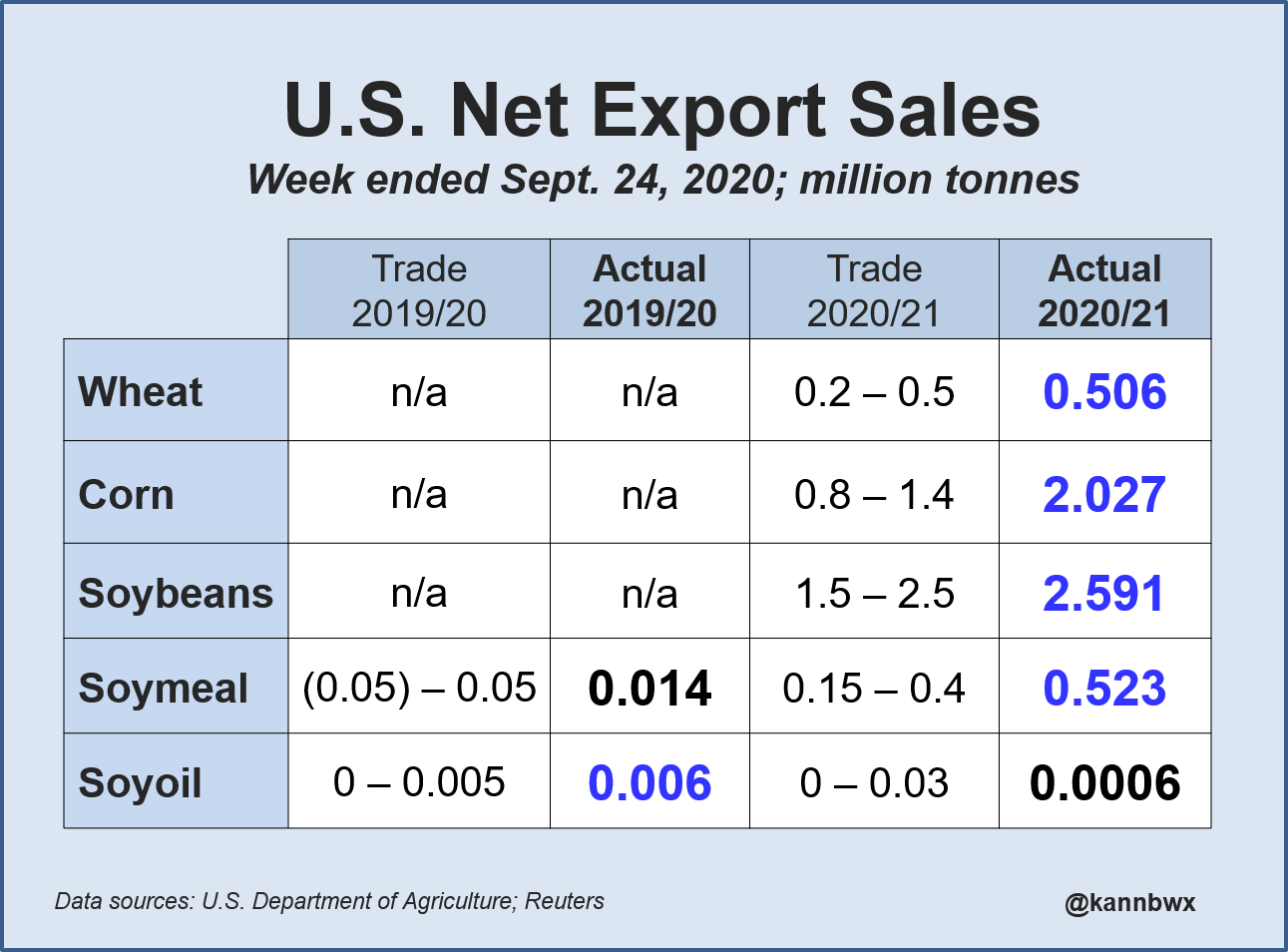 Don't expect to see #China in the U.S. (or any) market over the next several days. China's National Holiday is on October 1, and this year it coincides with Mid-Autumn Festival. So the combined holiday period will last from Oct. 1 to Oct. 8. 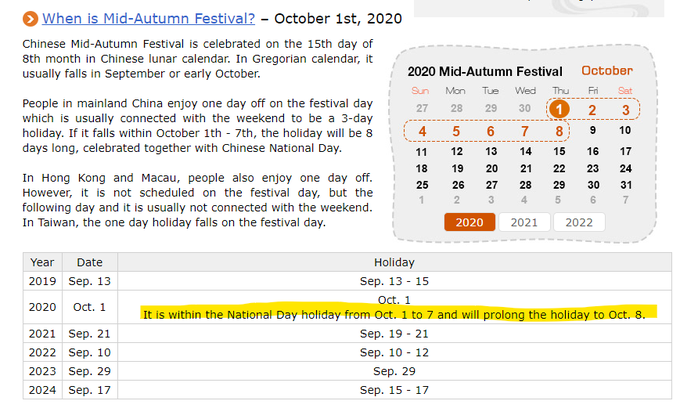 Conclusions about #China's intentions in the U.S. market should not be drawn during this holiday time because they probably won't be buying anything from anywhere. I would not expect to start seeing U.S. flash sales to China again until the week of Oct. 12 (if warranted). 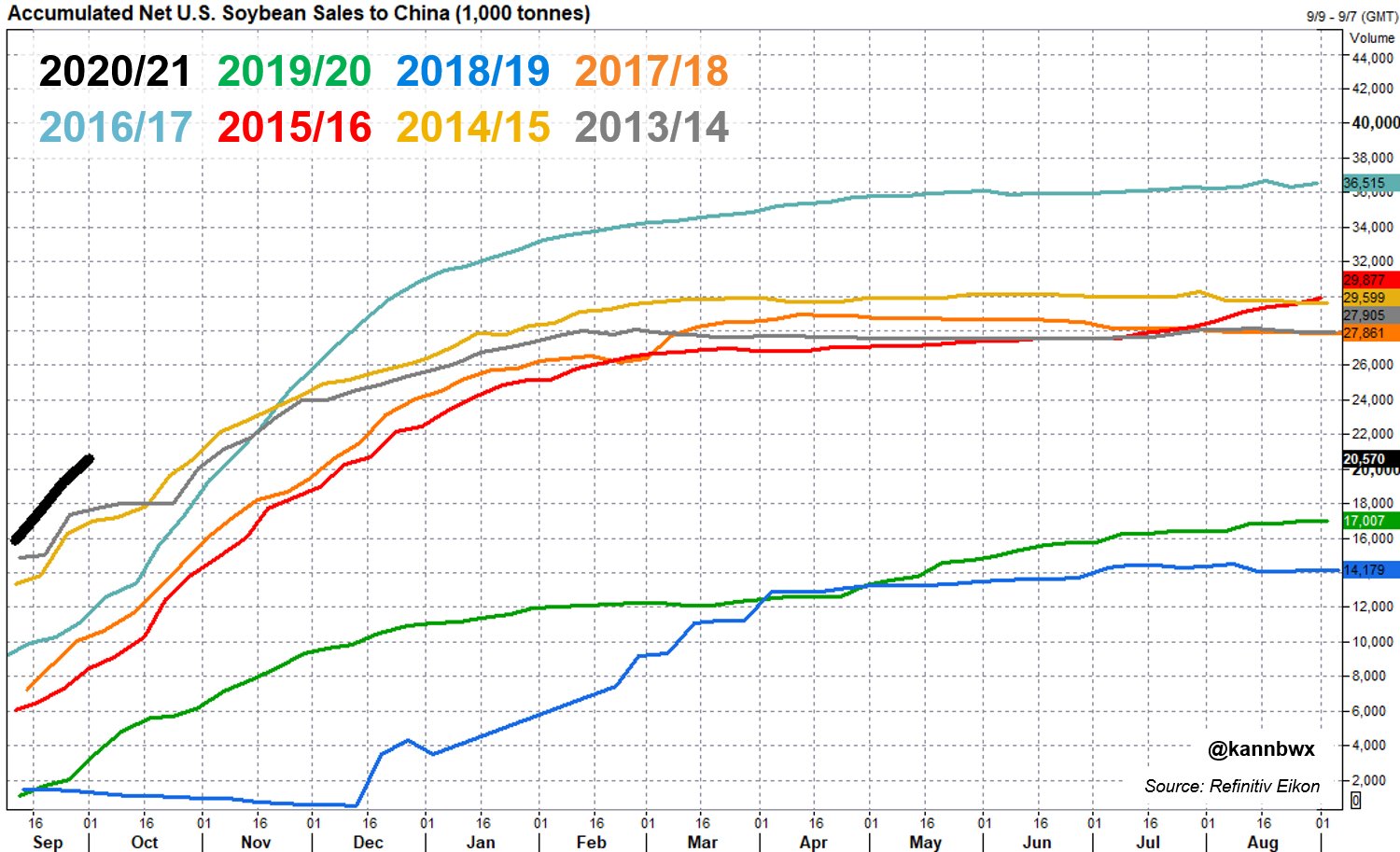 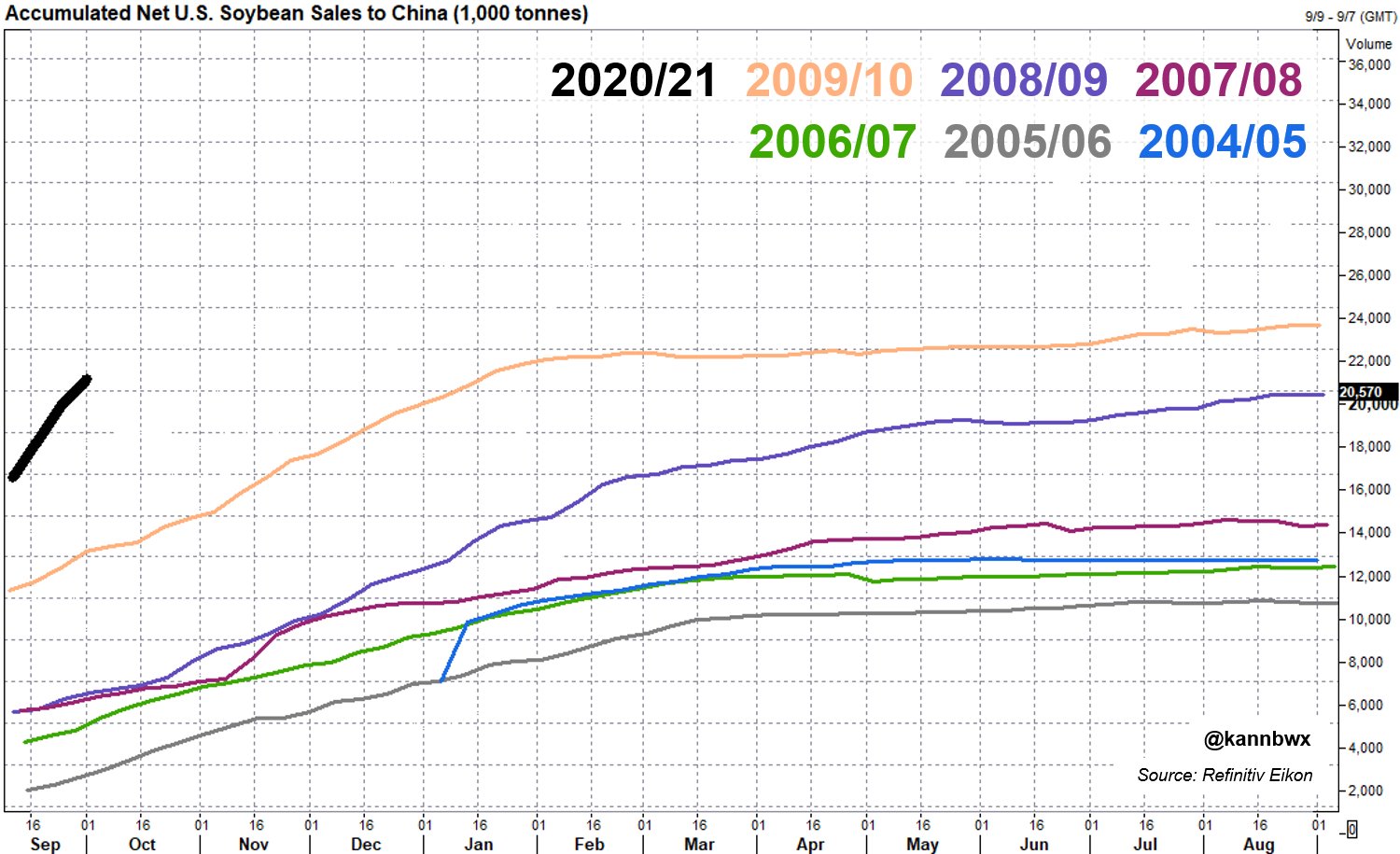 The tax cut will last until the end of the year before being restored to 33% in January. “We seek to strengthen the country’s international reserves,” Economy Minister Martin Guzman said in a televised address.

But farmers and analysts said the move might not be enough to significantly boost selling by growers and generate much-needed export dollars as the government heads into debt renegotiation talks with the International Monetary Fund.

Soybeans are the main cash crop of Argentina. The country, also a major exporter of corn and wheat, is the world’s top supplier of soymeal livestock feed used to fatten hogs and poultry from Europe to Southeast Asia.

“The reduction of duties will lead to an improvement in producer prices,” said Gustavo Idigoras, head of Argentina’s CIARA-CEC export companies’ chamber. “It is not enough, but it is on the right path of lowering the enormous tax burden that is on the soy chain.”