The American Petroleum Institute (API) reported on Tuesday a build in crude oil inventories of 4.174 million barrels for the week ending November 13.

Analysts had predicted an inventory build of 1.95-million barrels.

In the previous week, the API reported a large draw in oil inventories of 5.147-million barrels, after analysts had predicted a draw of 913,000 barrels for the week.

Oil prices were trading down on Tuesday afternoon before the API's data release despite significant vaccine news, as OPEC+ indicated that it could extend its current production cuts for an additional three months. Pressuring prices include widespread lockdowns, weaker than anticipated economic data in the United States, and Libya's surging oil production.

But oil prices ticked higher in the later afternoon hours.

U.S. oil production was unchanged in the last reporting week, at 10.5 million bpd, according to the Energy Information Administration—2.6 million bpd lower than the all-time high of 13.1 million bpd reached in March.

The API reported a build in gasoline inventories of 256,000 barrels of gasoline for the week ending November 13—compared to the previous week's 3.297-million-barrel draw. Analysts had expected a 450,000-barrel build for the week.

Distillate inventories were down by 5.024-million barrels for the week, compared to last week's 5.619-million-barrel draw, while Cushing inventories rose by 176,000 barrels.

The Energy Information Administration reported Wednesday that U.S. crude inventories rose by 800,000 barrels for the week ended Nov. 13. That was bigger than the 100,000-barrel climb forecast by analysts polled by S&P Global Platts, but the American Petroleum Institute reported on Tuesday a much larger 4.2 million-barrel increase, according to sources. The EIA data also showed crude stocks at the Cushing, Okla., storage hub edged up by 1.2 million barrels for the week. Gasoline supply, meanwhile, rose by 2.6 million barrels, while distillate stockpiles declined by 5.2 million barrels. The S&P Global Platts survey had shown expectations for a supply climb of 300,000 barrels for gasoline and decline of 1.8 million barrels for distillates. December West Texas Intermediate crude         CLZ20,        1.69%       was up 37 cents, or 0.9%, at $41.80 a barrel on the New York Mercantile Exchange. Prices traded at $41.90 before the supply data.

Here in Southwest IN, the regional distributor is adding 25c to the fair value of the price for all the gas stations to increase their profits.

I've been getting gas at Sams, for $1.82 that doesn't use that source as a supplier.

All the other stations have been charging $2.09.

China’s oil buying binge to run on in 2021 as tank operators, refiners stock up

SINGAPORE/BEIJING  – China’s commercial oil stockpiling sector, which emerged as a key swing buyer of crude as prices plunged earlier this year, is setting plans to grow again in 2021, supporting a further boost in imports. 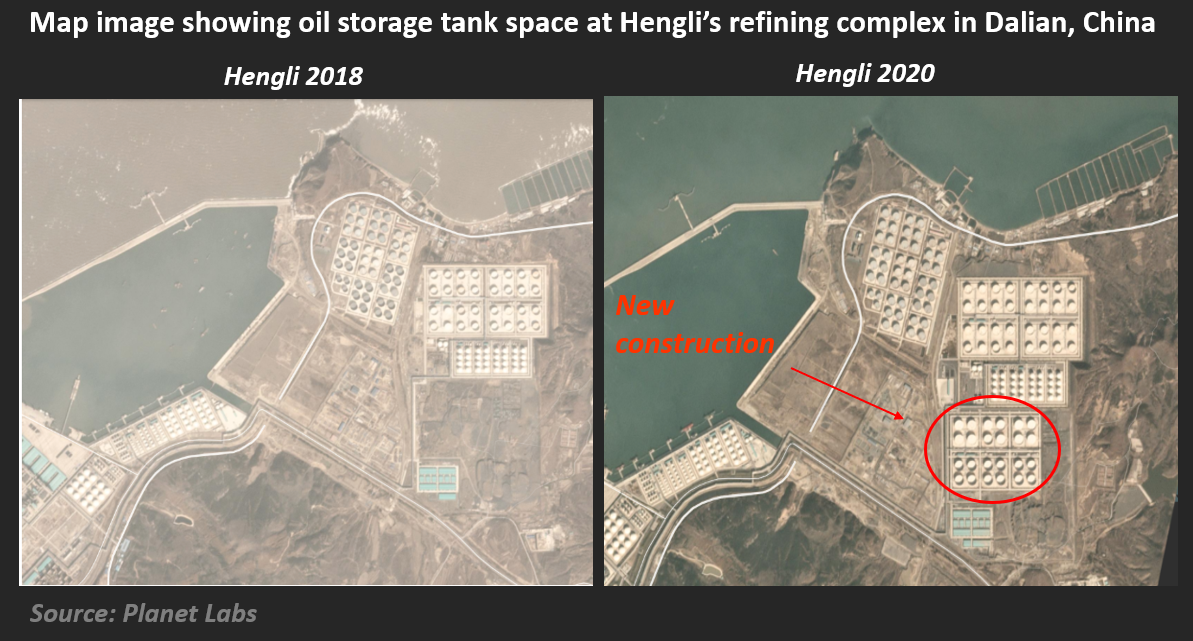 Overall, China’s crude oil imports are expected to grow 6%-8% in 2021, following 10% growth in the first 10 months of 2020, to near 12 million barrels per day, according to Energy Aspects’ Liu and Paola Rodriguez-Masiu at consultancy Rystad.

Beijing has boosted quotas for non-state buyers and purchases will also be underpinned by new refining units added by firms like privately-controlled Zhejiang Petrochemical Corp and Shenghong Petrochemical Corp, as well as expansions at Sinopec Corp plants.

Oil shipment data tracked by Refinitiv shows China is on course to import 339.5 million barrels of crude oil in November, which would mark a new record. That compares to 293.1 million in October and 293.8 million in November 2019, the data showed.

Oil set for third week of gains on vaccine hopes

The more active U.S. West Texas Intermediate (WTI) January crude contract gained 19 cents to $42.09 a barrel. The WTI contract for December, which expires on Friday, was up 14 cents to $41.88 a barrel.

Both benchmarks are up more than 4% so far this week.

Prospects for effective COVID-19 vaccines have bolstered oil markets this week. Pfizer Inc said it will apply to U.S. health regulators on Friday for emergency use authoritization of its vaccine, the first such application in a major step toward providing protection against the new coronavirus.

“Despite the fact that in reality it will take time for a global vaccine campaign to be implemented, time during which oil demand will suffer, positive news are breaking daily about the vaccine deliveries,” said Bjornar Tonhaugen, Rystad Energy’s head of oil markets.

Also boosting sentiment was hope that the Organization of the Petroleum Exporting Countries (OPEC), Russia and other producers will keep crude output in check. The group, known as OPEC+, were expected to delay a planned production increase.

OPEC+, which meets on Nov. 30 and Dec. 1, is looking at options to delay by at least three months from January the tapering of their 7.7 million barrel per day (bpd) cuts by around 2 million bpd.

“An assumed roll-over of current cuts by OPEC+ to Q1 2021 is probably in today’s price of $44 per barrel,” Nordic bank SEB said.

Still, smaller Russian oil companies are planning to pump more crude this year despite the output deal as they have little leeway in managing the production of start-up fields, a group representing the producers said.

Oil prices were getting some support from signs of movement on a stimulus deal in Washington after U.S. Senate Republican Majority Leader Mitch McConnell agreed to resume discussions on providing more COVID-19 relief as cases surge across the United States.

Oversupply concerns, however, continue to weigh as Libya has raised production to pre-blockade levels of 1.25 million bpd.

Off-grid solar generation could affect how Africa uses coal, natural gas for electricity – a good thing for everyone

In the International Energy Outlook 2020 (IEO2020), the U.S. Energy Information Administration (EIA) projects electricity generation in Africa using two cases with different assumptions about how future electricity needs are fulfilled. In the Maximum Grid Expansion case, in which a centralized grid is developed to meet electricity demand throughout the continent, EIA projects that solar photovoltaic generators will meet 13% of Africa’s electricity generation in 2050. In this case, EIA’s projections do not include off-grid, stand-alone generators. In contrast, in the Maximum Off-Grid case, where demand growth in the southern half of the continent (Africa-South) is met by off-grid resources, solar energy—from both grid-connected and off-grid systems—will provide 21% of continent-wide electricity generation in 2050. metmike: I bet that he does.