"Censorship, wokeness, political correctness, it all points in one direction – authoritarianism, cloaked as moral righteousness,"

It is so obvious a danger to some of us.

So useful a tool to others.

And the remainder are simply oblivious to it all.

This is a wonderful point about a scary reality that, sadly has been in place for decades now at our major universities which have become indoctrination camps for the liberal belief systems.

Want to hear a rich genius talk blatant, anti science ignorance?  Bill Gates gets an F in science. Radical left has taken over teaching at almost every college. More on brainwashing. AOC and her climate religion cult. They use scary words but no data because the data shows them wrong. I show the data. November 2019

Not just a small influence but the preponderance for liberal teaching is off the charts vs almost no conservative teaching.

Many people suspect and claim this but the studies not only confirm it but the disparity is mind boggling:

Differences in Conservative and Liberal Brains

Interesting too, that almost all fields of science are dominated by people with an extreme liberal bias.  Climate science is no exception. They are obviously well educated which is why progressive activists are twice as likely to have a higher education. They have a strong presence in many realms that provide opportunities for them to have the power to influence the belief system of others.

The problem with all those liberal professors

In recent years, concern has grown over what many people see as a left-of-center political bias at colleges and universities. A few months ago, Mitchell Langbert, an associate professor of business at Brooklyn College, published a study of the political affiliations of faculty members at 51 of the 66 liberal-arts colleges ranked highest by U.S. News in 2017. The findings are eye-popping (even if they do not come as a great surprise to many people in academia).

Democrats dominate most fields. In religion, Langbert’s survey found that the ratio of Democrats to Republicans is 70 to 1. In music, it is 33 to 1. In biology, it is 21 to 1. In philosophy, history and psychology, it is 17 to 1. In political science, it is 8 to 1.

The gap is narrower in science and engineering. In physics, economics and mathematics, the ratio is about 6 to 1. In chemistry, it is 5 to 1, and in engineering, it is just 1.6 to 1. Still, Lambert found no field in which Republicans are more numerous than Democrats.

metmike: Our college campuses have become the perfect environment for indoctrination into far left ideologies via biased mentors that represent their 1 sided views only.   This study quantifies the disparity with evidence in the form of actual numbers. WOW!

With the exception of engineering, they are mind boggling. Some teach in areas and ways that their political affiliation would never be a factor. However, sometimes it is and it's almost always pushing an extreme left agenda.

It's no surprise that those with a college education are twice as likely to be progressive activists.

Here are the results of that study below.

Figure 2 gives a picture of how the broad liberal arts fields compare with respect to political affiliation. The professional field has the least extreme (but still unbalanced) D:R ratio while ideologically rooted interdisciplinary studies has the most extreme. The hard sciences are more balanced than the social sciences and the humanities.

What the "Climate Crisis" is really all about:   Greta Thunberg is a Marxist. Climate religion(fake climate emergency) and the propaganda is all about converting us to global socialism.  December 2019

Finally a real expert telling us the truth about Covid19: Greta on CNN. Scaring and converting children into the climate crisis cult.  Eco-anxiety in children. Greta controlled as the United Nation's climate activist puppet. Failed predictions of the UN and past climate crisis religion high priests, like Al Gore. Showing the truth with actual data/observations vs telling people to listen to the fake science. May 2020. https://www.marketforum.com/forum/topic/52100/

Bernie Sanders fake climate scare: Major cities NOT going under water in 8 to 9 years. We do not have XX years to save the (greening up) planet from the climate optimum(fake climate crisis). January 2020.

Does the media have too much power?: Time Magazine goes off the anti science deep end/97% of scientists agree on a climate crisis bs/31,487 American scientists disagree that there is a crisis. Sept 2019

Here are all the climate discussions with the truth about this current climate optimum. Get em now..........before they censor me (-:

After all of that above, one might assume that it’s a strong case against the liberal belief system.

No, please don’t  misunderstand the point.

These people and entities are doing the censoring and one sided teaching that stresses their belief system, in many realms....not because they Have evil intentions or they hate those that oppose them (outside ofTrump) but because of the100% opposite reason.

The average liberal (not a politician or MSM person that have motives which are often self serving) has an ideology that is often altruistic.

They are good people that want to impose a system that will make the world a better place.

A lib that thinks we are having a climate crisis for instance, Wants to cut CO2 because they want to save the planet.

On average, they care more for life and the environment than conservatives.

As an environmentalist, I respect that and those that are sincere about wanting to do things that help the planet.

In fact, most environmentalists are liberals.

Like the republicans that were misled by trump to think that the election was stolen but are sincere and good people.....so are liberals that think CO2 is pollution that’s destroying  the planet and want to see cuts in pollution.

On average, they care more for life and the environment than conservatives.

This is patently false.  Liberals like to claim the moral high ground using blurbs like this,  but their actions speak much louder.

"If you don't support a corrupt government taking a large percentage of your money and wasting it while perptuating generational dependency and povery,  how can you say you follow the teachings of Jesus?"

In fact, conservatives are for more charitable with their time and money than "caring liberals".   I can, and have, cited several studies that prove this.  So liberals tend to be generous and caring with other's money.

I can go on and on,  but to say liberals have some claim to a moral high ground is flawed at best.

In fact, most environmentalists are liberals.

I disagree. Have you ever looked at all the things that farmers do to clean up the environment ? Sod waterways. Manure management. ect. I believe that a lot of these are conservatives Just not as vocal as Gretta when it comes to the environment. They are doing things not just talking about it.

And meanwhile,  the liberal "Climate Crisis" leaders have a carbon footprint larger than most small towns while demanding we reduce ours.

"In fact most environmentalists are liberals".

Thanks for that MM.  A true conservative would be against the regulation of polluters.  "Let the free market 'correct' things."  Sometimes free markets are helpful and sometimes not so much.  Like when an industrial manufacturer dumps their waste into the river and some community downstream gets dirty water.  They sell their product to communities and countries elsewhere and the folks who suffer have no recourse.  Unless some liberal lawmakers regulate them by some penalties.  Then the polluter has to find other methods of waste disposal that yes, cost more, and the price for clean water is fair and just.

MM, I know your passion about the climate issue is sincere, but I've always wondered where you stood on the many other areas of the environment.  The current administration put in a man to run the EPA that had sued the EPA a dozen times.  Dick Cheney's (I mean George W's) administration had industry polluters write environmental legislation.

1)  It is more profitable and will increase GDP to allow polluters to have a free hand.

2). Richard Nixon, a Republican, passed the Clean Air and Water act in 1970 back when partisanship wasn't stifling to improving the quality of life.  The vote was unanimous.

A true conservative would be against the regulation of polluters.

Another great example of liberals using Strawmen to try to claim the moral high ground.   As noted,  Nixon spearheaded the Clean Water act, which was in fact, all we needed to clean up the Great Lakes, etc,  and had support from the "anti-environment" conservatives.   What conservatives have opposed are the endless useless and costly regulations that have happened since.

It's amusing to see such blatant misrepresentation of what conservatives support.

It's concerning that so many take this BS seriously.

Praise God!  Tim has seen the light and agrees with the regulation that GOVERNMENT imposed on industry that cleaned up our environment.  Welcome aboard Tim!

You are demonstrating a reading comprehension issue here.

Your apparent take is that conservatives believe in some sort of free market anarchy.  Damn the environment and everything else,  profits are all that matters.

I guess you have a need to  believe that to allow you to cling to your hopelessly flawed and failed ideology.

The clean air act with its catalytic converters and scrubbers and the clean water act have cleaned up alot of pollution.

I grew up around 3 miles north of the Rouge River.

When you have a river that burns, for crying out loud, you have troubles.  It happened on Cleveland’s Cuyahoga, and now it has happened on the Rouge River. 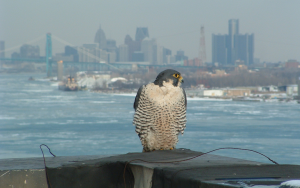 "MM, I know your passion about the climate issue is sincere, but I've always wondered where you stood on the many other areas of the environment."

"Conservatives are all for laws and regulations that make sense.  The least level of necasary govenment."

I thought conservatives only wanted government for police and the army.

I guess I am a conservative after all.

The EPA today often goes overboard on some things(and is full of crap on climate change) but there is no question that, without them aggressively forcing  massive polluters to clean up their acts our air, water and soils would be MUCH dirtier and toxic today.

Guidance for Cleaning Up Groundwater, Soil and Air at Corrective Action Facilities

I thought conservatives only wanted government for police and the army.

Over simplified.   Conservatives are very firm on the role of federal government as definied in the constitution.  National Defense,  including secure borders, enforcing (not defining) agreements between parties, and basic law enforcement that protects us from one another,  essentially not allowing me to infringe on your constitutional rights to life liberty and the pursuit of happiness.  I think that includes clean air and water, among other things.  The creek entering my property should be at least as clean leaving my property.

On the state level,  the rules get more lax.   Each state shoud serve as an experiment, per the founders,  so that other states may learn from them.

It's a little more complex,  but thats the 10 mile high view.

"Have you ever looked at all the things that farmers do to clean up the environment ?"

We greatly appreciate you guys doing those things to try to help cutworm. Are some of them imposed? 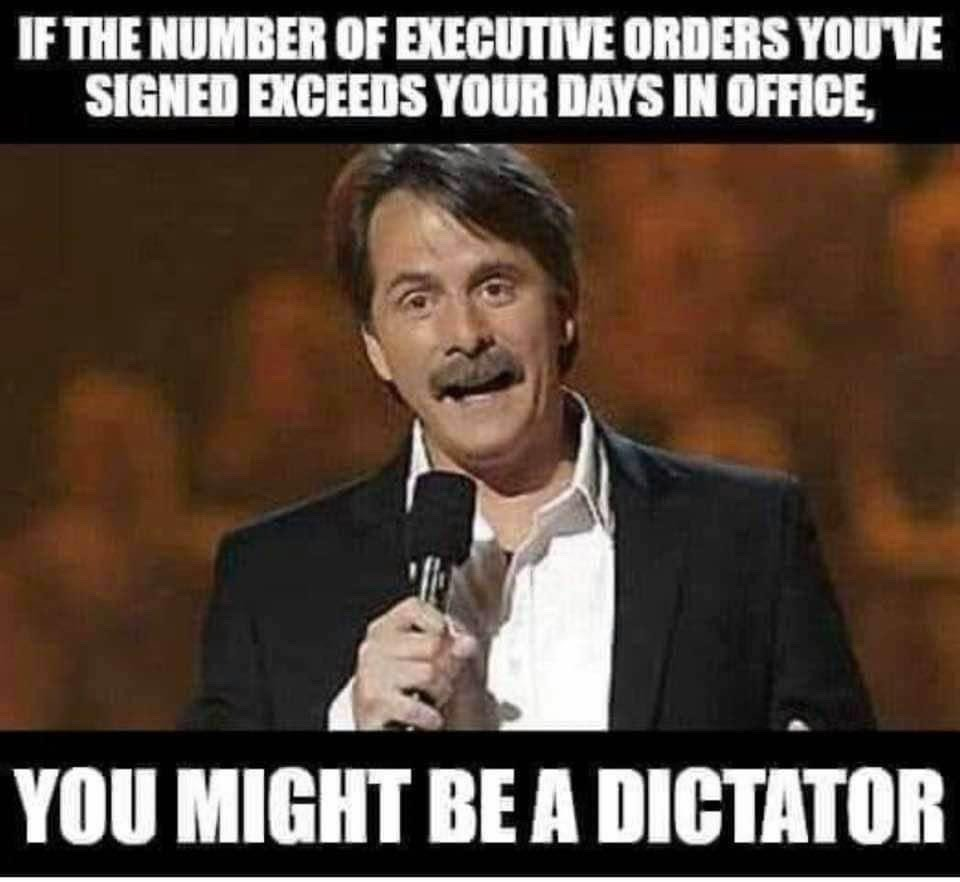