Not long ago, Pres Biden put Kamala Harris in charge of the border "challenge" ... a situation that has turned into a huge crisis.

it was commented that Biden did so, to make sure she would be blamed, should this crisis get worse.

This was 2 weeks ago. Since then, she has been very busy.

She flew to California. No, not to visit the border, but to cook a pork roast for Easter

She also visited a waterplant.

She visited a boys and girls club in  Conn

She flew to Chicago to visit a bakery

In the meantime 176,000 were caught, trying to cross the border. during the month of March.

Great job, Ms Harris!!! With the Biden/Harris team in charge of the USA, what could possibly go wrong???

Of course the VP is allowed to visit her family and have time off for Easter.

But I get the point that if she had time for that, then why not enough time to visit the southern border.

1. They don't want to recognize it as a crisis. Flying down there would suggest it's a crisis because of sending down the VP or P with a special trip.

2. If she actually flew down there, then they couldn't continue to pretend what is happening, is not really happening. She will have seen it herself and telling whoppers to mislead us about what she saw with her own eyes would be damaging as more facts come in to contradict those whoppers. Currently, they can tell whoppers with impunity and not be held accountable because as the facts come out that contradict the whoppers, Harris/Biden supporters just think that this administration just didn't realize how bad it really was. Of course they know but don't want us to know they know.

3. She will likely go down there when they are ready to tell us the truth and have some sort of plan. It appears that they don't have a good plan that sounds reasonable to deal with the current reality right now and pretending its not bad is the plan until then.

Based on their campaign promises and current stated stance,  there is no viable politically acceptable solution. Thankfully,  they can rely on the press and the gullibility of their supporters to get through this just fine.

Of course she is allowed to fly home for Easter.

But then... From Los Angeles, it's 160 miles to the border. She didn't go there... from LA she flew to Oakland, which is about 400 miles away. And from there she flew to Chicago.

It seems to me, when the boss puts you in charge of this situation,, you should get off your butt and, within a day or two, fly there and talk to all involved, such as the Border Patrol

And before here trip home, she visited a Boys and Girls Club in New Haven??? geezzz, Meghan and Harry cuould have done that. When is she going to get to work on the issue assigned to her?

If there were no crisis on the southern border, would you think that way?

She is telling us that, according to her,  there is no crisis on the southern border.

Why would she react to what the democrats claim is a fake republican crisis?

Her actions are consistent with what the administration is saying about the situation on the southern border.

I think that if this were not so political, she would have already gone down there and this administration would be much more transparent and also displaying their game plan to manage it.

Instead, some are trying to blame Trump and Biden says this happens ever year(not like this it doesn't)

But this is exactly the problem that Trump had taken a strong position on and had under control and he was blasted relentlessly for his policies by the same people that are now completely mishandling it.......with egg on their faces.

The less the people know about Trump being totally right and them being wrong, the better.

C'mon, this is politics. That never matters in politics.

You manufacture facts and convincing sounding stories and false narratives......and sell them by repeating them over and over and over.

When both sides are doing it simultaneously................one of them actually is telling the truth. But it could be either side, depending on the subject/realm  and people on both sides will believe just their side all the time.............damn the truth or the authentic facts/evidence.

Five reasons why US faces chronic crisis at border

“We're never going to alleviate the problem we see at our southern border until we begin to see improved conditions — quality-of-life conditions — in the Northern Triangle,” said Torres.

The task has turned Harris into a political lightning rod, with activists on the right and left making demands of the vice president on all facets of immigration policy, not just her assigned portfolio.

“We need to hear from Kamala Harris. The more she's absent, the more we get the feeling they have nothing,” said Garza.

Harris on Wednesday held a call with Mexican President Andrés Manuel López Obrador, who was accused of having a transactional approach to immigration in his dealings with Trump.

“We'll see if they follow through. They could panic and do stupid things like every other administration has always done,” said Sharry."

1.3 Percent of All Central Americans in the Northern Triangle Were Apprehended by Border Patrol This Fiscal Year – So Far   June 7, 2019 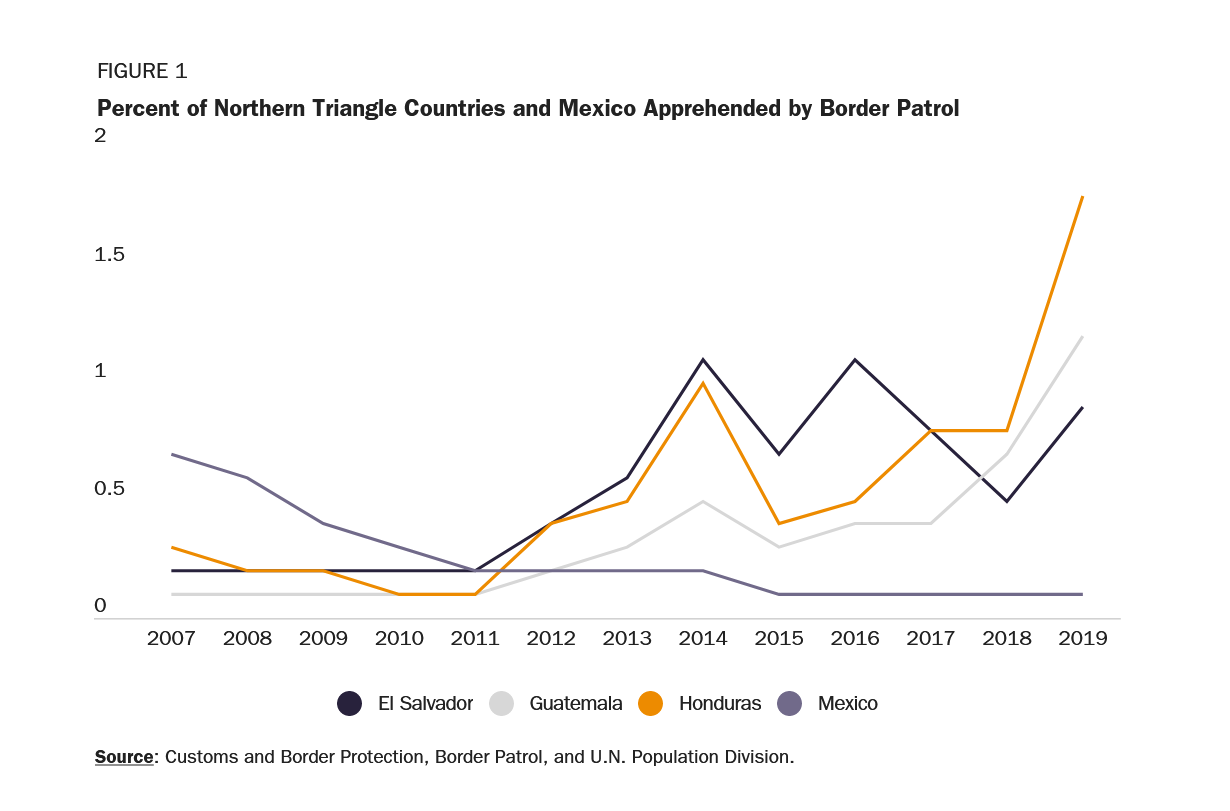 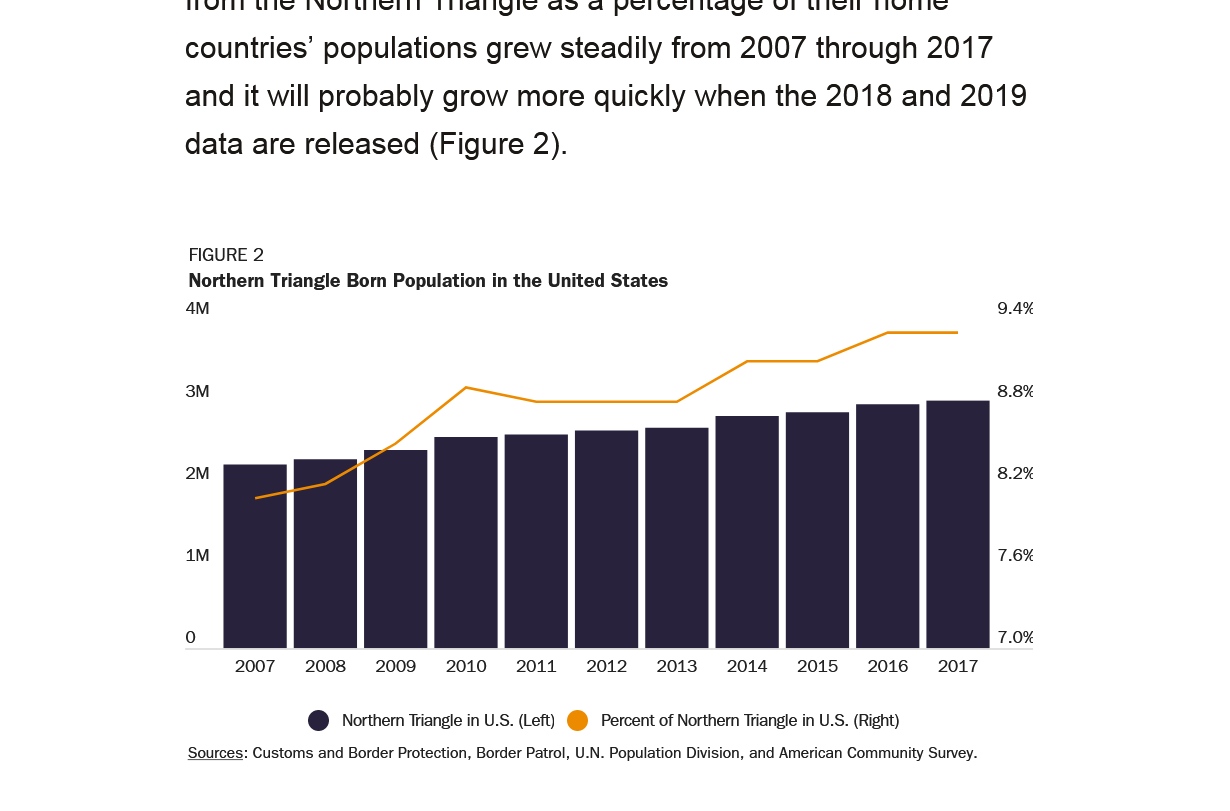 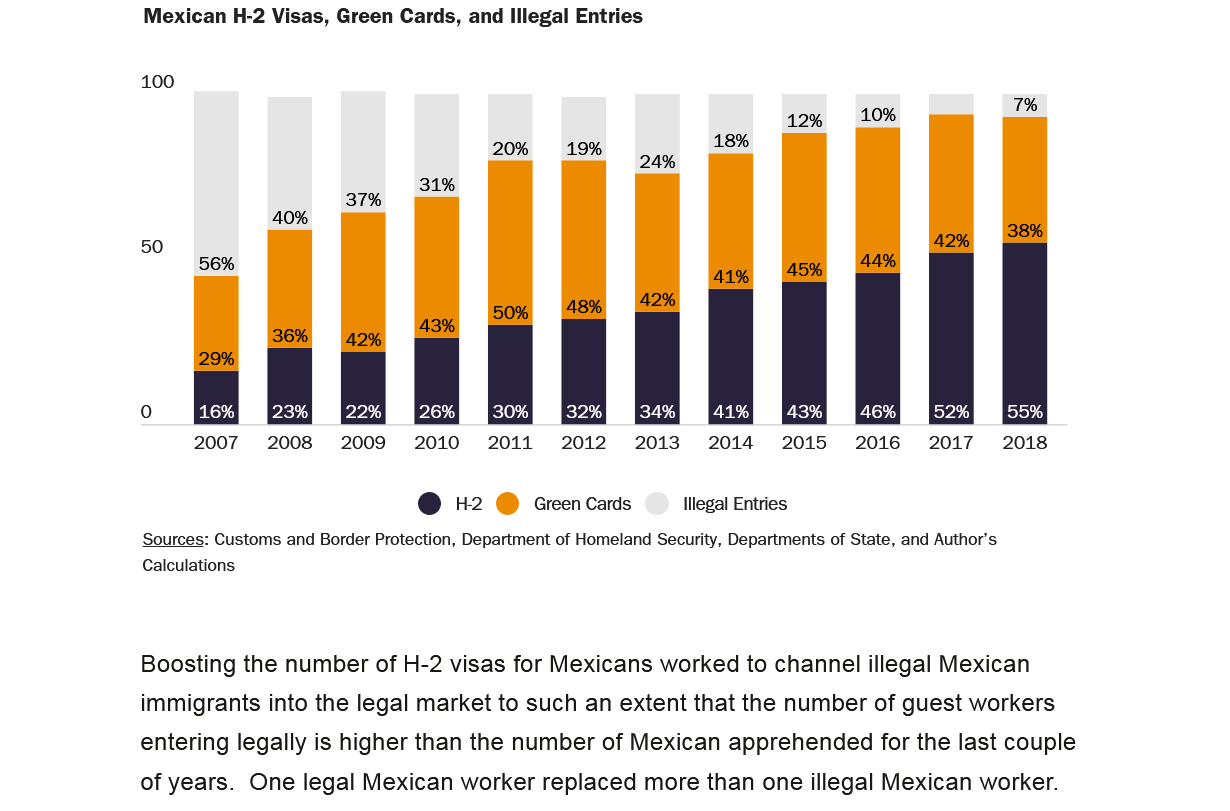 metmike: It's an extremely serious problem with no easy fix but pretending its not a crisis, while telling us they are transparent has damaged the credibility of this administration in the eyes of politically indepenant people trying to be objective, like myself.