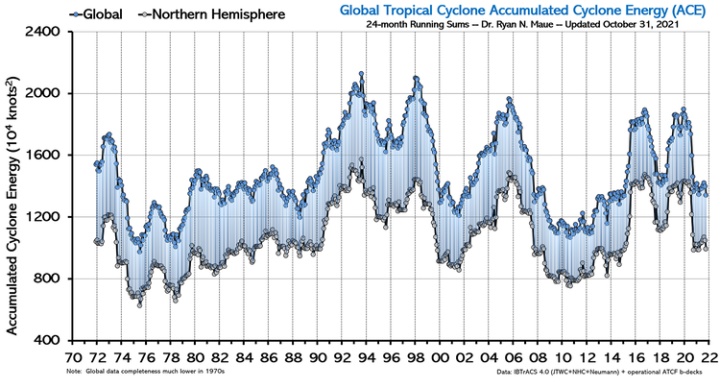 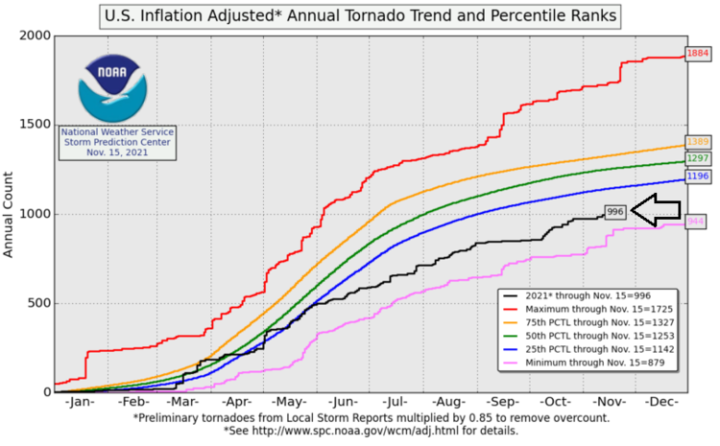 Menace, if all the other factors that caused tornadoes remained unchanged, then that would be the case……but they aren’t the same.

We obviously need convection present to develop a tornado but you need convection +the right conditions with the convection to cause tornadoes, especially the stronger tornadoes.
One of those key ingredients is a steep temperature gradient from north to south in the Northern Hemisphere.
Global warming/climate change has featured a DECREASE in that key ingredient because of the amount of warming being greater as you move pole-ward………and so we’ve seen a notable drop off of violent tornadoes.

The places with the MOST thunderstorms don’t have to most tornadoes, which is also evidence of the other factors being needed.

Places with the most thunderstorms:
https://www.wunderground.com/blog/weatherhistorian/thunderstorms-the-stormiest-places-in-the-usa-and-the-world.html

Region with the most tornadoes…………displaced north and west(into the colder/drier air and where the jet streams are stronger) of the areas that have the most convection/thunderstorms:
https://en.wikipedia.org/wiki/Tornado_Alley 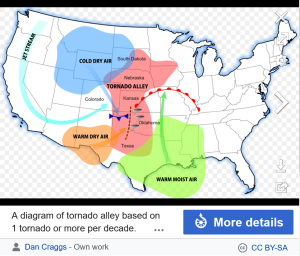