In this era of constant redefinition,  I think I can take license and redefine another phrase.  And this one is actually based on more than a grain of truth.

"Political Science" is now known as Science that has been corrupted by politics.

Can anyone think of any examples?      I'll give you 2 seconds to come up with something.   If you need more time,  you've not been paying attention.

How come this is the first time Ive heard this take -off?

If that's yours then your a pretty smart guy.

Maybe putting it in that light will "turn on some light bulbs". 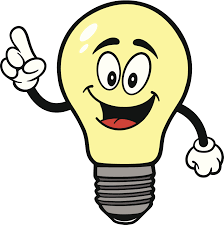 Climate science as we know it is almost all political science!

"Climate science as YOU know it was hijacked for a political agenda .....totally."

I wish it were funny.    I suppose it's funny in an Orewellian sense.

You are so right Tim!

The COVID vaccine is the quinnessential example.

10's of thousands of lives have been lost, mostly republicans and their families from the refusal to get vaccinated based mostly on politics.

We all remember VP Harris, during the debate with Pence, saying that she would not get vaccinated if Donald Trump was the one saying she should get vaccinated.

Then we switched to Biden as president, pleading with everyone to get vaccinated and democrats listened because he's from their party but 10's of millions of republicans have taken an anti vaxx position because the person in the White House pushing the vaccine is not from their party.

I actually can't think of such a deadly position, that cost so many lives for one party to have based on politics in history.

At least since the Civil War. That was obviously much worse.

"tens of millions of republicans" right MM and just where do the blacks who are vaxxed at a much lower % figure in? The obvious reason its big government lies. misinformation, changing of stories, changing horses in the middle of the stream. political power crazy ideologues at the cdc and other overly large, bloated fed agencies trying to order everyday life for Americans from cradle to grave. Picking winners and losers, ruining small family business, ignoring crime in most every large city, aiding millions infected with covid run right across our boarder and then to compound all that they help the scatter throughout our country. Yes those damn republicans

The vaccination rate for blacks is MUCH lower than for whites.

If Trump were president, it's likely that even LESS blacks would be vaccinated.

If Trump were president, many millions more of republicans would be vaccinated............saving tens of thousands of lives.

Here's the authentic data to prove  the disparity.

These are the states with the highest partial vaccination rates:(all blue states)

These are the 10 states with the lowest partial vaccination rates in the country, according to the most recent data(almost all red states):

This is not a coincidence. The cause of this is almost entirely political and totally unrelated to the science. Sad that so many thousands have died because of it. Republicans are NOT following the authentic science and are paying the price for it.

No, it's not Biden's or Fauci's fault. That's a pathetic excuse to blame others for the self imposed bad decisions because the sources telling republicans what to do misled them away from the science.......using anti government anti science, anti COVID vaxx brainwashing........which, as you can see above by the irrefutable data, was extraordinarily effective.

Biden and Fauci did not give 2 different messages to Americans.

1 to save the lives of democrats and

They have always been the same exact messages to ALL Americans based on the science of getting vaccinated. Based on the massive data from doctors, hospitals, health departments, CDC and scientists/studies.

The difference was in how tens of millions of republicans have twisted all that because of politics.

This was made up as part of an anti government campaign/agenda.

complete horsecrap....."biden and fauci did not give Americans two different messages"  yes MM you nailed that one, they gave differing messages nearly daily.

metmike: "Biden and Fauci did not give 2 different messages to Americans.

1 to save the lives of democrats and

metmike: Please tell us what message they gave to the dems that was different than the messages they gave to pubs that you got.

I want to know why dems all got vaccinated with the exact same messages that you and republicans used to not get vaccinated please?

I contend that this is solid evidence that it was entirely political.

And republicans blame the exact same messaging for NOT getting vaccinated?

do you really want me to go back to the early days of this mess and reprint the absolutely asinine things the Biden administration said about the seriousness of the covid, the masks, the no masks, the spread the boarder the travel, on and on and on they went back and forth....no way am I going to dig up what you very well know. Will just leave it at this silly ass notion in the early days from those cons....."Please just give us 15 days to stop the curve"...what an absolute joke on America they pulled.

Time to move on to another topic mcfarm!