6 in 10 Americans disapprove of Biden’s handling of economy: poll 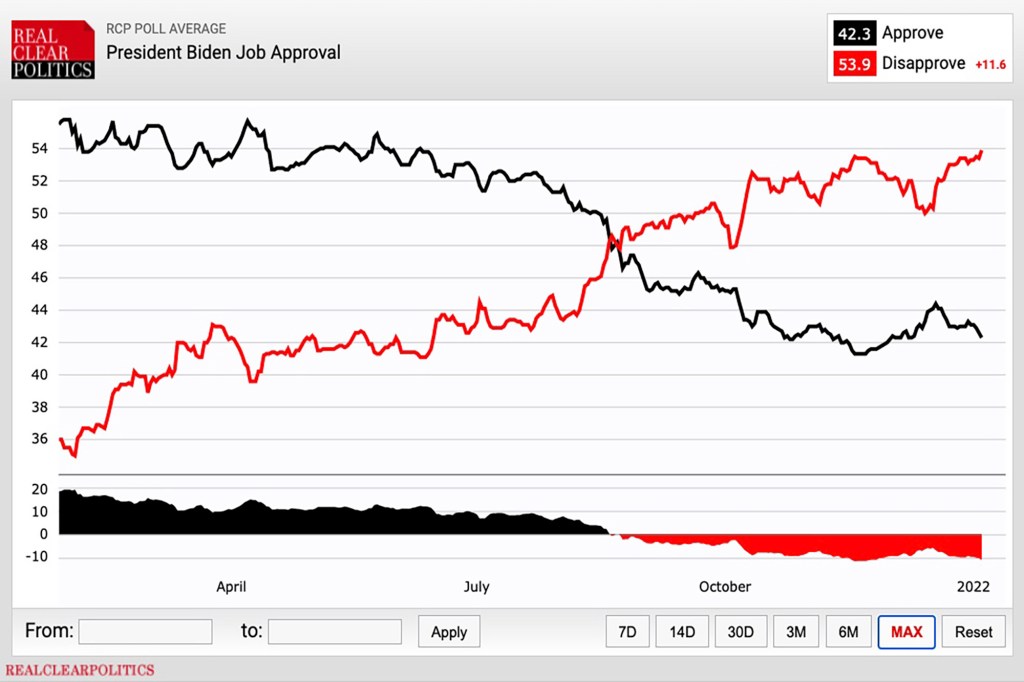 "Last fall, prices of everyday goods and gasoline shot up due to inflation and supply chain backlogs. Gas prices have since slowly started to drop and level off, with the administration regularly touting the decreases.

Democrats have insisted inflation will similarly decrease and level out as the COVID-19 pandemic wanes. However, 78 percent of respondents said they believe high prices will not come down for a long time or will never come down at all. When asked who was to blame for inflation, a plurality (38 percent) pointed the finger at Biden, with 26 percent blaming the pandemic and 23 percent faulting corporations.

While a massive 84 percent of respondents said the prices of groceries are higher than a month ago, just 19 percent said they were making more money than they pulled in last year, with 55 percent earning about the same and 26 percent reporting earning less."

metmike: Biden's energy policies are the worst in the history for the US. If you intentionally wanted to hurt the US, you would have some of his energy policies. However, much of this is because he is falling in line with Europe's blue print to address the fake climate crisis with fake green energy. That's why they like him so much better than Trump who's policies were always America first.

public perception (approval/disapproval), is not the same as looking at the actual data.

here is a problem.

for example, after the civil war, there was a court ruling to withdraw the extra money supply from circulation (the money supply that had been added during the civil war).  so by the 1880's, commodity prices were back down to the same low level they had been before the civil war.

that proves that the inflation of the 70's was due to money supply, and Not just problems in the middle east.   it was not "transitory".