I wanted to share something that has benefits with everyone!

I have an autoimmune disorder that  along with extremely heavy weightlifting 40 years ago(at 170 lbs-I bench pressed 345 lbs) and over training with high intensity, obliterated my cartilage and compromised my tendons. I've had 20 surgeries, not all related to this though.

This has caused me to learn a tremendous amount about numerous things in order to maintain as much functionality as possible.

My orthopedic surgeon said that I would need a left knee replacement when I was 40, for instance.

I'm 67 now and am hopeful to keep both knees much longer but would have lost them 20 years ago if not for changes in my supplements and exercising.

More on that later.

However, because I can only limit myself to a vigorous strength training routine once every 2 weeks and using whats called the Jacobs Ladder around 1 time a week(which is pretty intense) I've been able to make observations in my sleep between most days, with no exercise(5 days/week) and those days of really intense exercise.(around 2 times/week).

This is causing a correlation with my dreaming that is almost 1 to 1 indisputable.

On intense exercise days, I have vivid dreams that I can remember well the next day and beyond. Almost every time.

No exercise days, those type of dreams are much less frequent.

When I was younger, most nights would feature insane dreams, often several each night and I can still remember a few of them today, like most people remember events that really happened(when you're dreaming-unless its a lucid dream-your mind thinks its happening).

Anyway, in the last 20 years, my vivid dreams on non exercise days have been waning. Especially the last 10 years.

I probably would not have noticed as much because its so gradual(and I think part of my aging brain-which is fed several meds) .....except that when I have intense exercise(which is the only kind I ever do-I can't walk for exercise and wouldn't want to waste my time) those nights ALWAYS cause at least 1 if not more vivid dreams.

I'm typing this because I exercised intensely last evening and can still remember the very long lived vivid dream that was happening when I woke up this morning.

Everything else is the same on the exercise days, except the last couple of years, I also sit in a portable steam sauna in our living room for 30+ minutes.

Like with the exercise, I push to the limit. Highest temp and stick my head INSIDE so that it blocks the hole where the steam should be getting out. I have to exit after 15 minutes, then will briefly cool off(go outside in the Winter with just my shorts on)  get back in for 10 minutes until I can't take it, then maybe repeat again.

I've taken my body temp before and it jumps over 102, so I try not to go too extreme.  because I don't want brain damage.

There is also a correlation to doing this in the sauna and the dreaming(though I do it the same day as exercise).

So I decided to research this for the first time this morning and sure enough............the limited research completely supports this.

So this confirmed my theory completely but took it to a new level of understanding when I found the study that showed taking regular sauna's reduced Alzheimer disease.

This totally makes sense since having vivid dreams/REM sleep is a major factor in memory.

My body is not capable of doing more exercise. That's based entirely on waiting for my connective tissue to fully recover from the previous session.

Going more frequently would just erode/weaken my connective tissue, instead of helping it to stay strong.

More to come but I would highly recommend that EVERYBODY do at least 2 days a month of strength training(there are half a dozen other benefits that I'll get to in another post on this).........more if your body hasn't been destroyed like mine and can handle it.

And do at least 1 day a week of vigorous cardio work............more if you can tolerate that and have the discipline.

This is an investment of just 2 days a week, and it can be a total of 2 hours out of 168 total hours which will increase your health and longevity more than almost anything else you do.

Also, the sauna. You just sit there and let the sauna do all the work!  Your body does the sweating and it is uncomfortable but do you expect to have benefits from eating chocolate cream pie or donuts?

The cool thing is that doing this.............allows you to eat chocolate cream pie and donuts without  causing as much of a problem.

Muscle requires more calories to maintain. It increases your base metabolism.

Adding 10 lbs of muscle causes your body to need around 60 more calories/day to help sustain that muscle!

In addition, the exercise that you do to get the muscle strengthens your entire body and health. ........and it's all available to you........your choice.

150 years ago, people had no clue about this understanding and gyms and exercise for the sake of health didn't exist in the US, except for rare, exceptionally observation based people that witnessed the responses by their bodies and used that to guide them.

engaging in regular aerobic exercise has been linked to vivid dreaming.

This is because high activity levels naturally stimulate mental activity.

How Much Does Strength Training Really Increase Metabolism?

The truth about how weights lifted translates into calories burned

Back to the thread topic:

Deep sleep may help clear the brain of Alzheimer's-related toxins

In researching all things cancer, the sauna is integral for healing and preventing cancer.

Thanks very much hayman for the positive contribution its great to have somebody on the same wavelength......of radiation in this case (-:

Elaborating on something from the 1st page. Adding 10 lbs of muscle was just an example. Most people are not going to be able to do that, especially if you're old. When I talk to a young person in the gym with this objective, I congratulate them and share what my objective is.

1. To maximize whatever my body is capable of doing at this age/stage.

2. To not make gains but to LOSE muscle and strength at a much, much slower rate than what would take place without going to the gym.

3. If I am anywhere close to this in 10 years, at 77, I've met my objective. There's almost no chance that I can live to 87 but if that happened, I will have greatly exceeded expectations.

4. I didn't mention earlier that I get cortisone shots in my right shoulder. They help a great deal. The doctor says that when they stop helping, I need a shoulder replacement surgery. I don't have much cartilage left. I've preserved whats left of  my knees from 30+ years of learning what the best treatments are to do that and none of it came from a doctor (glucosamine/sulfur and a high dose of hyaluronic acid with half a dozen other things) ....... after 20 years of wrecking them.

Interesting how we can destroy some things quickly and never get them back......including cartilage in our body. Then fight for decades, at a disadvantage in that realm.

In some realms, destroying things AND LEARNING LESSONS because of it.........causes us to be smarter.......and to apply the learned principles. It can mean preserving whats left of ones cartilage.

But the best part of applying this principle to other realms like trading and money and relationships and our spirituality, frame of mind/mentality, integrity/honor.......is that they ALWAYS have the potential for growth.....until the day that we die.

I read "Younger Next Year" by Chris Crowley.  It changed my life.

The title is only a slight exaggeration.  The author is a general practice doctor who grew weary over the decades of watching his patients decline from 50 - 80 years of age.  He gives the scientific evidence that cardio every day is essential for numerous benefits.  He also suggests that weight training 2-3 times a week (with guidance by a professional trainer so that you don't do harm) has some of the benefits you mentioned plus the benefit of stopping bone decay.  The average human loses .3-.5% of bone density every year after the age of 50.  It has something to do with sending signals to your brain that you are growing.  (my layman's recollection)

Thanks extremely much joj! It's the only reason that I'm still alive.

More exercise  is better than the bare minimum that I can do/suggested is based on several reasons below.

From decades of training and helping people, I've learned a few things about people.

What often happens to people that are NOT  exercising now, if you push them into too rigorous of a routine from the get go, it's too much compared to doing nothing or very little for years for their minds to accept. After a brief period of being gung ho.........they get burned out before their mind has accepted this/been conditioned to incorporate this into their life.

Frame of mind. A person not exercising for years will have many reasons that justify not exercising. Too busy, for instance. The bottom line is that they didn't think that the investment of time and pain that it causes was worth it. If you give them a routine with just a minimum investment in time(at first) the inconvenience to their life is minimal and they can accept that.

You MUST get them to incorporate this into their lives, almost as routine as having breakfast in the morning. Your body constantly reminds you to eat but your mind has to be conditioned to tell you to exercise(after awhile, your body can sometimes tell you too).

If you never prioritized exercise for decades, chances are, you will dislike doing it. If you overwhelm somebody like that in the beginning, they get turned off before they can get hooked from feeling better.

It's the law of diminishing returns!!!!

The first  minute of exercise has the most benefit, followed by the 2nd minute, 3rd minute, 4th minute and so on.

We reach a point where we are tearing our body down more than it can build back up stronger. A person with the mentality that OVER exercises is not likely to be somebody that hasn't already been exercising most of the lives. That type of person doesn't need me to tell them the benefits of exercise!

I over exercised(even had an enlarged heart that they call "Athletic Heart") and damaged my body when younger.

But the key for most people, who consider exercise to be a form of torture, is to minimize the torture to a level they will put their bodies thru and not give up doing because...............it's torture.

If you were getting paid to do something you really hated but got $100 the first minute, then $99 the 2nd minute, $98 the 3rd minute but after 2 hours, YOU were paying to do  it, that person could be easily convinced to do the work for the first few minutes, when the pay was robust enough to offset the pain.

Instead of money, you are getting paid in health benefits and it works exactly as the example above in real life. The first minute helps the most...........and it slowly trails off after that.

When I was younger, I constantly went well beyond the point of benefits during many work outs into the land of  paying, in the form of damage that my body couldn't repair before the next work out(of course cartilage can never be repaired but just needs to be preserved by avoiding extreme exercises).

"You MUST get them to incorporate this into their lives, almost as routine as having breakfast in the morning."  -  True that!

The thousand mile journey begins with one step.

I don't dream any different when I exercise regularly (and strenuously) but I definitely sleep better.

The thousand mile journey begins with one step. 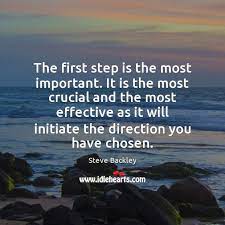 Surprising Side Effects of Eating Bananas, According to Science

From digestion to hydration, this portable fruit packs a powerful punch.

I love my banana's when they're still partially green. Too sweet after that.