So,  here's the scenario.

Trump askes Pence to do something that he simply cannot do.  Uncertivy the states electoral votes.

There is no procedure or option or anything imaginable that would allow him to do this even if he wanted to or tried.

Which is essentially what he said.

Now,  one group calls him a hero, and another group wants to hang him.

And I am thinking there are a lot of people who have no business getting within 1000 yards of a voting booth. 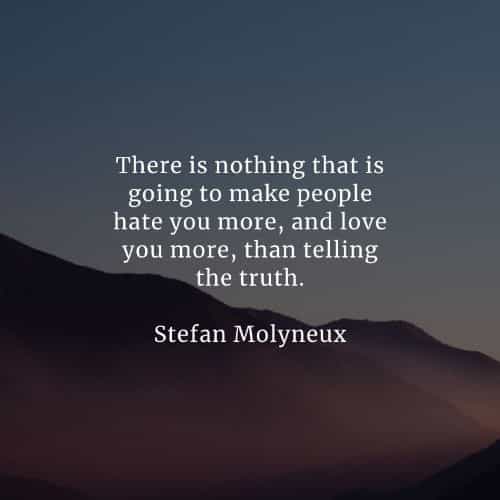 The biggest problem today is that sources like Trump and Fox define packs of lies as  the truth, then censor the authentic truth.

There are 2 sides here.

1. The ones that see what Fox/Trump state AND what else is out there. They can choose the truth based on having a choice.

2. The ones that only watch Fox (and their other go to sources like InforWars and Zero Hedge) and listen to Trump. Their truth is what these sources tell them to believe(because they censor the other side) and they never even get the chance to sample anything else.

and yet who used Fox as a source this am, well MM? How does that work if they are so damn bad all the tine, every day, do nothing but spread falsehoods, Any of that were true you sure would not use them as a source.

"1. The ones that see what Fox/Trump state AND what else is out there. They can choose the truth based on having a choice."

You pick the same sources(Fox) everytime and can't tell when it's the truth and when it's a lie.

The biggest problem today is that sources like Trump and Fox define packs of lies as  the truth, then censor the authentic truth.

I really have no idea what this has to do with the point I am making.  Perhaps you can elaborate.

But I'll simplify things in case there is any misunderstanding.

Suppose some idiot orders his friend to steal a Dodge Ram.  "Put it on your back and carry it up hill for two miles and put it in my front yard".

His friend says "I can't do that".

The group on one side screams he ought to be hanged for being such a coward.

The group on the other side are calling him a hero for not following the idiots orders.

The rest of us are scratching our heads wondering why they can't seem to notice that the request/order was impossible to accomplish in the first place.

Getting back to the original point,   I hold Pence in very high regard and should he run,  I'll be paying very close attention.

But his non-decision on Jan 6th is a complete non-issue and I am amazed that there are people who have been lead to believe that it is. But then,  we seem to have a large population that is easily lead.

MM "you pick the same source every time {fox}" MM is has gone around the corner on this. I even went back a checked my last 5 sources, not a single one fox, Gee did he make a mistake, this oracle of truth and fact checking or does he exaggerate to the point of just being silly when it comes to Trump and Fox. He has been silly on this subject for months to the degree of severe TDS and now Fox derangement syndrome. We should all come to his aid and help him regain some sense of reality.

On the Pence deal. Tim has brought the point to focus. Pence is a good man, but has from time to time disappointed when goes deep repub establishment. If he runs I would vote DeSantis. We have more of a shot of cleaning more swamp in DC with hi, and that has to be done.

I LOVE THE GUY...TRUTH TELLER

There's one thing that we can count on with you guys.

Every post that doesn't completely agree with the extreme belief system will be completely rejected or ignored or mischarterized  to be made easier to attack.

Or be called TDS and Fox derangement syndrome, even calling a person those names  that has watched Fox on a regular basis for over 2 decades and who voted for Trump the first time and strongly defended most of his policies during his first term.........until after the election, when he became a traitor to our democracy, the people and rule of law.

Keep letting Trump and Fox control your thinking if you want.

I actually got to watch the hearings and the overwhelming evidence based on indisputable facts featuring actual audio, video and testimony of people in Trumps circle that Fox censored.....only because I watch more than just  Fox.

Fox viewers only parrot what Fox has told them to think about the hearings they never got to hear.

Try to twist it any way you want and believe Fox/Trump with the faith of a religion but the authentic facts/evidence are the facts/evidence and as an objective patriotic American I sure as heck feel that I have the right to know the legit facts/evidence.

If Fox and Trump disagree with that, you should be questioning THEIR motives, not people like me, WITH NO MOTIVE except for wanting the truth.

Keep letting Trump and Fox control your thinking if you want.

Wow MM,  I missed the part where Fox and Trump said that Pence's "decision"  re: rejecting the election results was a non-issue.  Can you link that?

It's understandable that I'd miss it on Fox, as, in spite of your constant rants to the contrary, I don't watch Fox.  But as I recall,  Trump had plenty to say about it, and I don't recall any of it indicating that he thought it was a non-issue. Quite the contrary.

So, in order to help me avoid having all my thoughts controlled, please tell me how they got this idea into my head.

BTW, I hope you watched the video Jean linked.   I realize it's FOX and all,  but mr Levine raises some interesting questions.

TIM... LEVIN IS VERY KNOWLEDGEABLE ON OUR CONSTITUTION, ALONG WITH A FEW OTHER "CONSTITUTION" FOLKS... YET, HE'S THE ONLY ONE I'VE HEARD MENTION THAT. THE WORDING SEEMS CONTRADICTORY, IN A SENSE.

(LOL  THERE'S PROBABLY ALREADY ANOTHER AMENDMENT IN THE WORKS, OVER THAT.)

IF IT WERE BETWEEN TRUMP, DESANTIS & POMPEO... I'D HAVE A TOUGH TIME IN THE PRIMARY CHOICE.

Thanks  for asking Jean,

I actually went to the polling location and sat in the parking lot for quite awhile, still not sure who I would vote for  and when I finally went inside, it was a minute after they closed.

I probably would have voted for Trump but had seriously soured on him already based on some scary signs before the election.

I will vote for Biden

However, I could never, ever imagine that he was going to try to overthrow the clear cut results of the election.

That one really threw me for a big loop!