Seven ways the war in Ukraine is changing global science

Impacts on research are being felt more widely than just in Ukraine and Russia.

More widely, the war seems likely to have a far-reaching effect on the world’s response to climate change. It has contributed to the largest energy shock in decades, driving up oil and gas prices and reshaping the global energy system. That could have both positive and negative consequences for the transition to cleaner energy. 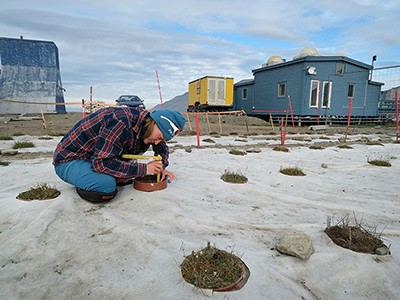 Europe is struggling with its heavy reliance on Russia’s fossil fuels, which puts it in the awkward position of subsidizing Russia’s invasion with billions of dollars in monthly fuel purchases. The European Union has banned imports of coal and other solid fossil fuels from Russia after 10 August; another measure will phase out most Russian oil imports only by the end of the year. However, China and India have purchased much of the Russian oil left on the market by Western embargoes, and Russia is exporting more oil now than it was before the war started, according to Simone Tagliapietra, an economist at Bruegel, a think tank based in Brussels.

It’s less clear whether Europe can wean itself off Russian natural gas without severe economic consequences. It has cut down on some imports (see ‘Europe’s gas supplies’), but that is mainly because Russia itself reduced the flow, notes Tagliapietra: Russia has cut off supplies to several countries that refused its demand to pay for energy in roubles, and it has reduced shipments to Germany, which also affects supplies for Italy, France and Austria.

metmike: Climate science is blatantly and hopelessly corrupted. The war on fossil fuels is based on a fake climate crisis.

The huge OVER reaction to the 2 day EXTREME heat wave from normal extreme weather in the UK is just another indicator of the climate apocalypse is  actually just more evidence of the corrupted science......while ignoring NO global warming for the past 6 years and the planet greening up with record crop/food production.