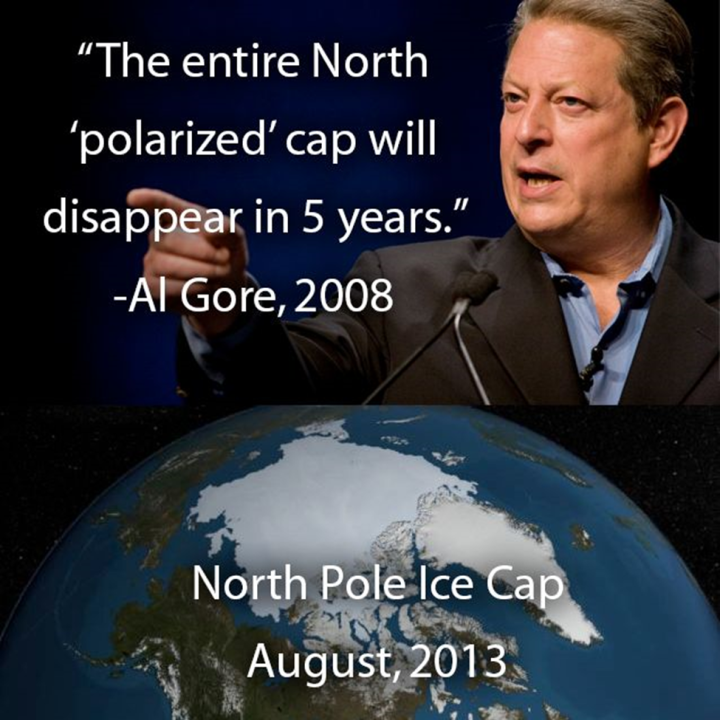 Actually, skeptics are the complete polar opposite of those Uvalde cops.

Skeptics are trying to rescue humanity’s scientific aptitude and humanities ability to apply reasoning and free will thinking so that people can gain objective discernment by using principles of the scientific method.

To help other humans to use authentic data, observations and evidence in order to understand rock solid scientific and energy principles.
Fighting with gusto to stop guys like Gore from using blatant intelligence stealing, climate DISinformation/propaganda schemes.

Gore’s success is based on being a very charismatic professional con artist. He get’s  rich,  selling  fake climate crisis snake oil,  while doing more to destroy the planet in 1 year than most of us do in 2 decades of consuming natural resources.

Gore and company are revered as being saviors of the planet!
What sort of bravery is required to do things that make you filthy rich and win you an Emmy, a Nobel Peace Prize and adoration for twisting the hell out of the truth to get those personal rewards?

What did Gore, the extremely wealthy, fossil fuel guzzling, luxury addicted, massive natural resource consuming hypocrite ever sacrifice to show us by example how to live?

If we all consumed material things like Gore, the planet would be running out of natural resources.
If all the science being taught was similar to Gore’s fake climate crisis science, we might as well stop teaching science in schools and universities.

Better to not know anything than to have ANTI science principles programmed into your brain. This effectively sabotages those minds and assures authentic science will always be rejected.

No understanding at all about a topic and at least that blank slate is capable of learning new, authentic things because that mind hasn’t been programmed/taught to reject real science.

How many millions of minds have been permanently harmed by Gore doing this?
Stifled to not use critical thinking or questioning or fact checking or having the skepticism required to apply the scientific method? Instead just believing in Gore’s junk science like its a religion?

Al Gore: “The debate is over, the science is settled”  There have been very few more ANTI scientific method DEcLARATIONS ever issued in history!

Praise the climate prophet, Al Gore and have the faith of a religion in his junk science absolutes…..even in the face of all of them failing miserably, year after year.
And have the faith in him like in a cult leader/prophet in what he insists his disciples believe in.

That’s exactly why he’s been able to get away with being constantly wrong about almost everything. People have decided that he is right about everything from the get go based on nothing more than a religious type FAITH in their climate prophet Al Gore.
They give all the weighting to his manufactured, climate crisis world and very little to the real world or observations, data, facts and evidence.

People using those words/actions in bold are committing blasphemy!
Heretics/deniers of the climate crisis religion.

Gore and company teach that they/we must be vigorously condemned and shunned and vilified by society for speaking out against climate crisis religion and it’s leaders!

Going against that severe backlash aimed at “deniers” because you believe in  science and integrity  is actually a better example of true courage! 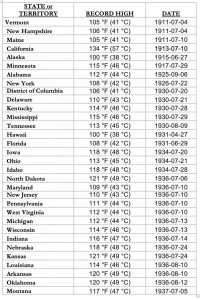 Jim,
Thanks for the article and the record high temperature data.

Most people really don’t understand the actual molecular physics causing greenhouse gas warming to be so concentrated in the coldest places of the Northern Hemisphere during the coldest times of year.

On a similar planet with the exact  same dynamics taking place, where everything was the same except climate science was honest, there would be celebrating over this gift of warmth, exactly where it’s needed the most…….in the bitter coldest places.

On this planet (earth) the last 4 distinct periods with similar to even warmer temperatures, and humans in existence but not burning fossil fuels,  science referred to those periods as climate OPTIMUM’S.

Now, we call that mostly beneficial warmth a CRISIS. The extra CO2 compared to those periods this warm makes it even more beneficial since sub 300 ppm CO2 for plants was very deficient.

Since CO2 absorbs LW radiation between 12 to 19 microns and overlaps with H2O at many wavelengths, adding CO2 has minimal warming when there’s a great amount of H2O in that air mass.

H2O is 95% of the greenhouse gas warming and swamps CO2, especially at the bands they overlap at. However, in very cold/dry places, there isn’t enough H2O to saturate wave bands  where it overlaps with CO2. As a result, CO2 plays a much bigger role in absorbing LW radiation in very cold/dry air.

The warmer and more humid an air mass is…………the more saturated the H2O wavebands absorbing LW radiation are and the less opportunity there is for CO2 to play a role at those overlapping wavelengths.
This is why greenhouse gas warming from CO2 is less and less,  the warmer and more humid the air is.
Recent heat waves and records in mid and lower latitudes were likely a degree C or so hotter because of the increased CO2 in the air but the contribution to greenhouse gas warming from CO2 is extra swamped by all the water vapor during the Summer in mid/low latitude locations.

This is what makes it so ludicrous, when some of these places (like the UK) break records by several degrees and we hear that CO2 caused it to be so extreme.
It’s the complete opposite. The more extreme the pattern/temperature, the more independent it is from global warming and the more tied to a natural weather variation.

A bit of an exception in the warm season are deserts/very dry air masses and of course higher latitudes that are drier.
The most humid places(absolute not relative humidity) in the Northern Hemisphere have experienced the LEAST amount of warming.

The Southern Hemisphere has much more ocean which takes many times more energy to warm than land and thus the warming is lagging in the SH.

Below, at this link you will see this principle in action over the Southern Hemisphere right now. Note the strong positive anomaly over and around the South Pole/Antarctic that stands out like a sore thumb. This is a feature that dominates for much of the Winter and is being caused by CO2, greenhouse gas warming that dominates because the air is so cold/dry there.

In a few months, when sunshine warms this region, the anomaly will disappear and a new one, for the same reason will develop in the Arctic and last much of the Winter in the Northern Hemisphere, thus continuing the same greenhouse gas warming in the coldest places at the coldest times of year. 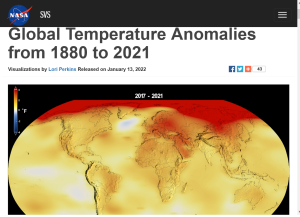 Saw this today and didn't laugh one bit but instead, applauded loudly in my head for the author because it accurately depicts  the current state of Climate Science. 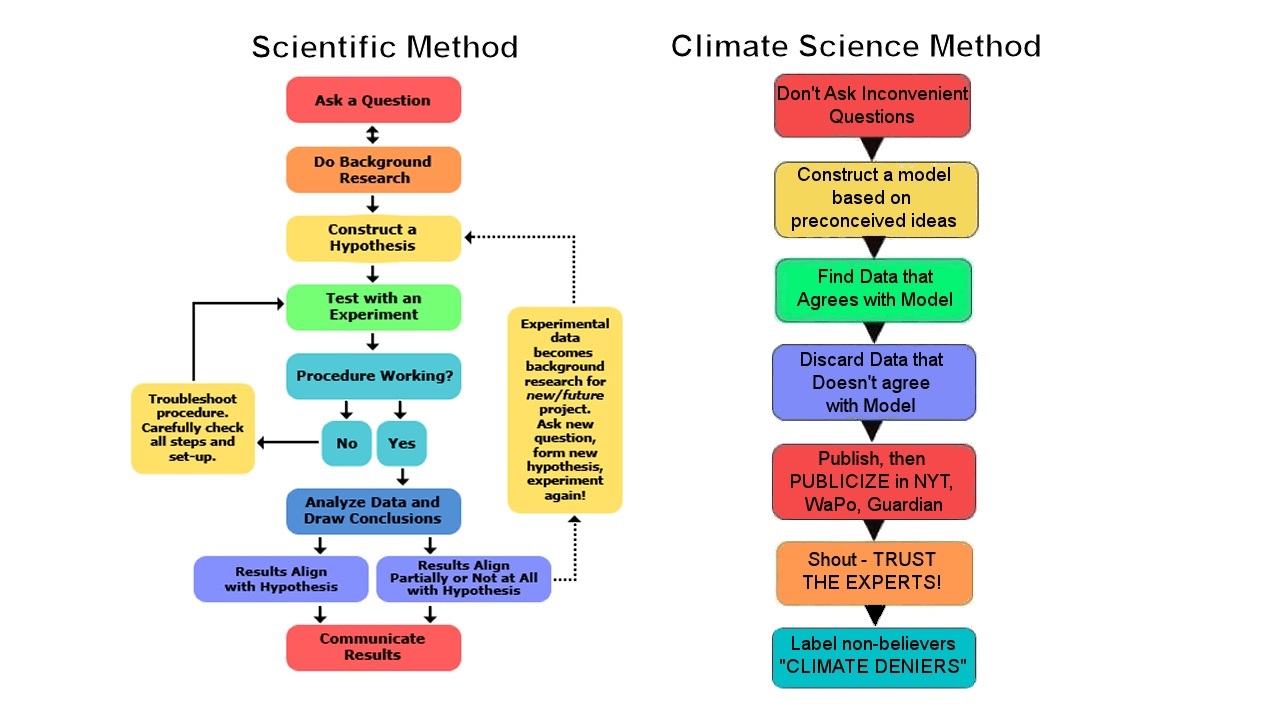 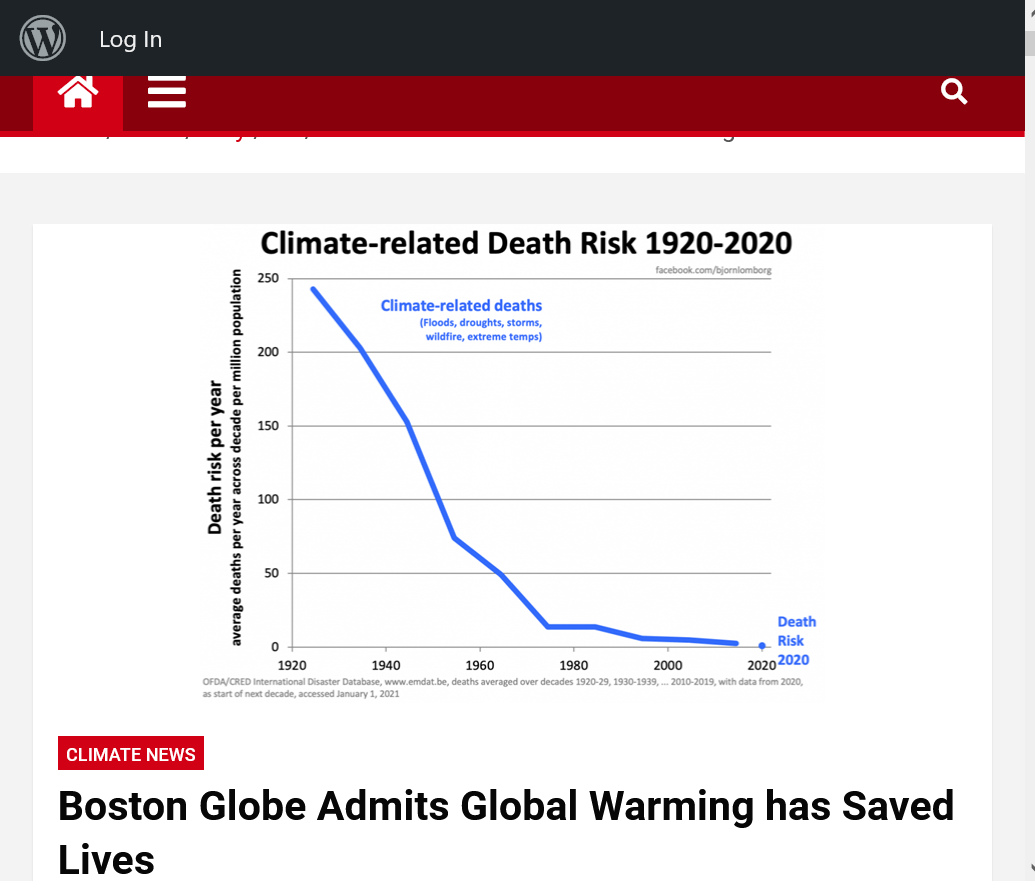