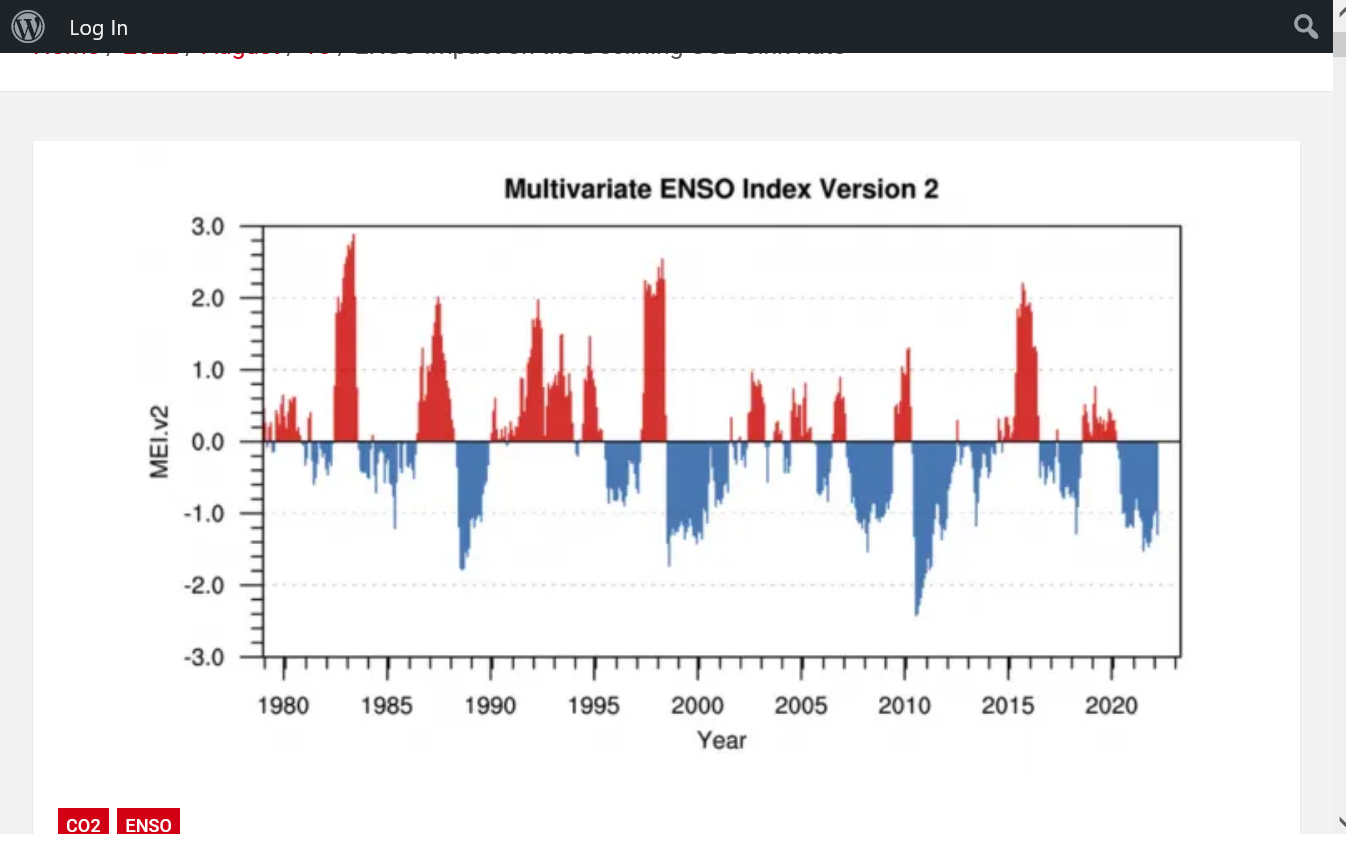 I question that theory as being responsible for much of the drop in global CO2.

Here’s a study that claims the same thing.  They state that photosynthesis at noontime  was increased by 23% in 1992 (when it peaked) because of the big increase in diffused solar radiation from the volcanic eruption.It was +8% in 1993.

The global data from crop yields in the real world below does NOT support that:

Here are crop yields from 11 major global crops in 1990, before Pinatubo, compared to 1992, the peak year of enhanced photosynthesis according to this claim:

There were other factors, including weather in 1992 that affected crop yields.

Trendline yields have been experiencing a slow increase with time. Dialing that in, assumes that there should have been a small increase in yields just from technology between these 2 years.
The data above, however, does not show any indication of enhanced photosynthesis that would have caused an increase in crop yields in 1992 compared to 1990. In fact, 4 of the 11 crops actually saw a small decrease in yields.

Again, some of this could have been from weather but enhancing photosynthesis from solar radiation being diffused by the amount claimed in the first study, should have provided much greater increases in crop yields…….if  that claim were true.

This data contradicts that claim, which in turn,  damages the theory that much of the drop in CO2 rate accumulation in the atmosphere after the eruption from Mt. Pinatubo(increase in the sink rate) came from enhanced photosynthesis sucking it out of the air.

The observations/data of well measured crop yields do not show them being responsible for increasing the sink rate of CO2 after the eruption.

Others disagree but I would look at the well measured drop in ocean temperatures, that caused an increase in the CO2 being absorbed by the oceans after the volcanic eruption. 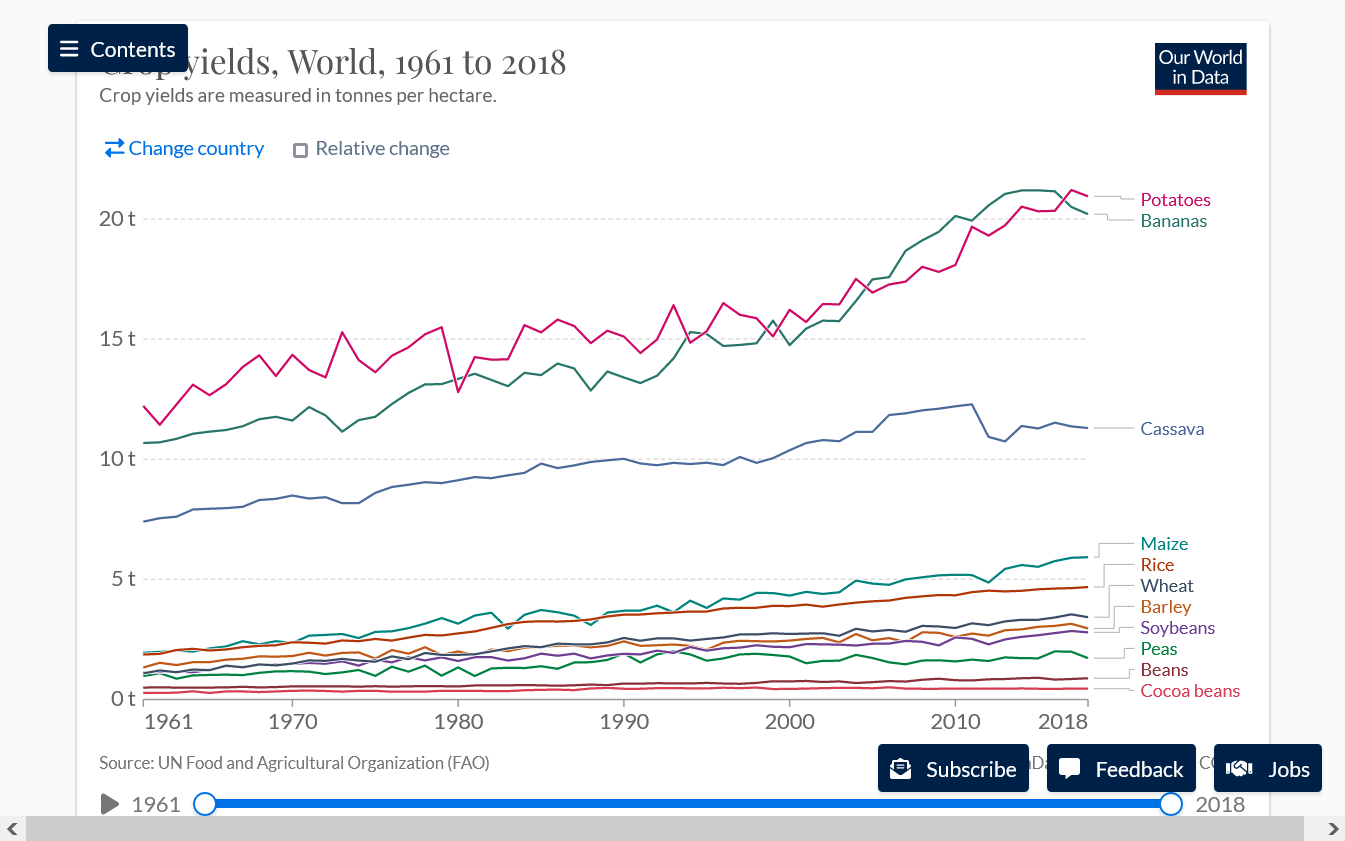 Interesting, but I think the effect is likely strongest in woodlands.

I don’t doubt that the affect would likely be strongest in the woodlands aaron. We have several orders of magnitude more woodlands/natural vegetation than we do crops using up CO2.
However, what we have with crops that we DON’T have with woodlands is an accurate, yearly measure of how much of each crop is produced, including an accurate yield estimate based on an accurate measure of  how many acres were used to grow that production.

If we can’t see the increase in photosynthesis fingerprint from increased diffusion of solar radiation from Pinatubo in the very comprehensively measured global crop growth/yield, why would we speculate and give the much less comprehensive data on woodlands from a couple of studies limited to specific areas all the weighting?

An independently thinking objective brain will see the problem there and search elsewhere for the missing CO2 sink, rather than stick with the theory and ignore the contradicting data.

We know that direct sunlight was reduced to the tune of  a radiation/heating loss from the sun of around 4 watts per square meter across the entire hemisphere.

It seems  logical to apply that measured data to OTHER realms that are affected that could account for a greater CO2 sink to fill in what crop data tells us was not as great as the theory tells us it should be.

Less heating from the sun to the surface of the oceans=cooler oceans.
Cooler oceans absorb more CO2 than warmer oceans.
Sometimes simple makes the most sense.

Opposed to this are some models/math equations or speculative theories that get repeated enough that people believe from repetition that claim the oceans did not do this and the forests should have done it……. to absorb the CO2.

The extremely well documented global crop data tell us that crops were not soaking up much extra CO2 from increased diffuse solar radiation absorption.
That shoots a massive hole in that speculative theory that can’t be easily repaired because its empirical data solidly against it.

There are additional complicating factors that relate to the different stages of development in crops and how much CO2 they use during their brief growing period.

I recognize that forests would be much different and multiplied many times vs crop CO2 use but we should at least be able to see the significant  increase in the  uptake of CO2 by crops if this theory was solid.