In memory of Alex:

Guy Fawkes (13 April 1570 – 31 January 1606) was an English soldier and a member of a group of Roman Catholic conspirators who attempted to carry out the Gunpowder Plot to assassinate King James I of England (James VI of Scotland) and the members of both houses of the Parliament of England with a huge explosion, which was prevented by his arrest on 5 November 1605.

Of all the plots and conspiracies that ever entered into the mind of man, the Gunpowder plot stands pre-eminent in horror and wickedness.

It is Guy Fawkes who is remembered today and King James who is forgotten. For since that time, the Fifth of November in England, like the Fourth of July in America, has been devoted to Fireworks. 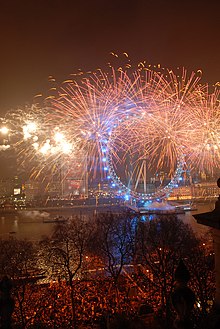 There will some day come a Fifth of November — or another date, it doesn't matter — when fires will burn in a chain of brightness from Land's End to John O' Groats.