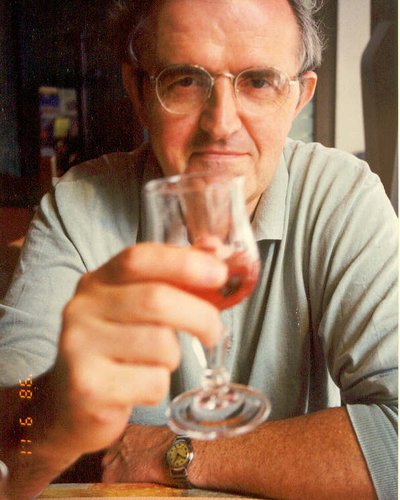 Our much-admired founder and moderator passed away suddenly in March of 2017.   Alex McCallum's gentle but firm guidance, and his never-failing British sense of humor, made MarketForum a second home for all of us.  We regarded him as a friend.  This page is for him, and for all of us who miss him.

If you would like to share your own memories or add your commment, please do so below.

Alex McCallum was introduced to futures trading in 1963 when, as a trainee journalist with Reuters, he was assigned to write commentaries on the Cocoa, Sugar and Rubber markets in London. These were not futures markets as we know them today. Prices, when available, were posted in chalk on blackboards, except in the case of rubber futures where traders whispered their quotes to one another! We complain a lot about the functioning of today's markets, but we have certainly come a long way since those slow and secretive days. After a spell in Brussels in the mid 60s, when copper was a major news story as Belgium reluctantly exited from Zaire (now the Democratic Republic of the Congo) and the lucrative Katanga mines, McCallum was transferred to New York where he became Reuters' U.S. financial editor as the news agency set out to compete head-to-head with Dow Jones and Commodity News Service (CNS). This was before Bloomberg. 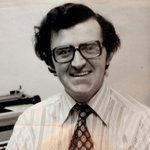 In those days, the U.S. futures markets were chiefly grains and meats in Chicago, and metals and softs in New York. Financial futures, in the form of currencies, were launched in 1972 but didn't take off until interest rate contacts were introduced later in the decade. When McCallum, having left Reuters, joined the Chicago Mercantile Exchange as the CME's PR director in 1979, financial futures were in full swing and stock index futures were poised to launch. It has been helter-skelter in the futures markets ever since. After leaving the CME and returning to New York in 1982, McCallum was a consultant to the Coffee, Sugar & Cocoa Exchange when Options on Futures were started with Sugar -- the beginning of what became a very successful new departure for exchange-traded derivatives. Less auspiciously, he advised the CSCE when its Consumer Price Futures contract failed as inflationary fears dissipated. He was also a consultant to the New York Cotton Exchange (both exchanges now form the New York Board of Trade).

Back to the Futures

McCallum never strayed far from the futures markets, however, and in 1995 he was invited by Adam Hewison, a friend and former foreign exchange trader on the CME, to help him launch INO.com, the futures and options website. As INO's Editorial Director, McCallum started the INO forum and the INO news service as well as directing the site's publicity activities until, in mid-2003, he reached an agreement with INO to acquire the forum and operate it independently as MarketForum starting in September 2003. 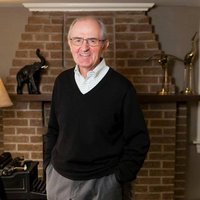 Alex was born in Darlington, Co. Durham, in the UK, the eldest of six children.  He spent his childhood in his beloved Runswick Bay, a picturesque fishing village on the Northeast coast of England, where his family, who called him Alec, operated a restaurant and a Bed & Breakfast called Sandside (which he spoke of lovingly, and longingly, and often). 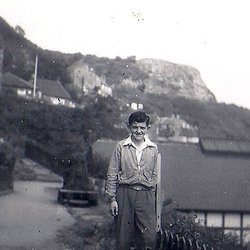 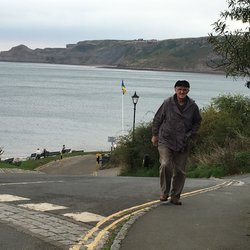 McCallum attended St. Peter's School in York, where he excelled at rugby, cricket and soccer, and was, in 1959, the captain of all three teams.  He was a 1963 graduate of Oxford University with Bachelor of Arts and Master of Arts degrees in Geography, and a member of the Oxford Blues (rugby).  Alex lived and worked in London, Brussels, Chicago and New York, where he found his beloved Kate, in 1976.   After 17 years in Manhattan, where he ran his own PR firm, Alex McCallum and Associates, with the help of his wife and daughter, Justine, Alex and Kate left Greenwich village for the peace and quiet of New England.  Alex spent the last 24 years of his life 50 miles north of Boston, in Exeter, New Hampshire, where he continued to work from home, and run a Bed & Breakfast on the side (returning to his roots).

Alex was the father of two sons, one daughter and one step-daughter: Angus Jamieson McCallum also of Exeter, Robert Rory McCallum who resides in London, Justine McCallum Ceylan, who lives in Dover NH, and Donna Kristan Koopman of Fort Collins, Colorado.  He was inordinately proud of his family and would talk the ears off anyone who would listen to his treasured fount of family stories. 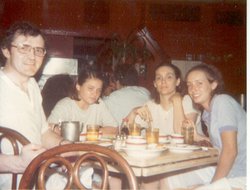 Alex with Kate and daughters Donna and Justine, Greenwich Village, 1986

Widely known, and much-loved by all who came in contact him, for his unfailing kindness, his generous spirit and his wry British wit, Alex was often called "a man of honor."  He was one of a dying breed, a "a lovely old-school English gentleman" who made time in his busy life for anyone and everyone.

In the words of his lifelong friend from Liverpool, Jimmy Duke, who spent many hours on the rugby field with Alex,  "He made me look better than I really am....  The world is a little dimmer tonight, a light has gone out in my heart."

Alex also leaves behind five younger siblings, Malcolm, Heather, Maureen, Sue and Neil all of whom still reside in the UK, six grandchildren and a plethora of nieces and nephews on both sides of the pond.

We will not forget you, Alex.