Harvest of #soybeans in #Brazil is still in the beginning stages as wet conditions are slowing field work in states including Mato Grosso. Dry conditions in Brazil's south are of concern, but more so for #corn than beans right now. 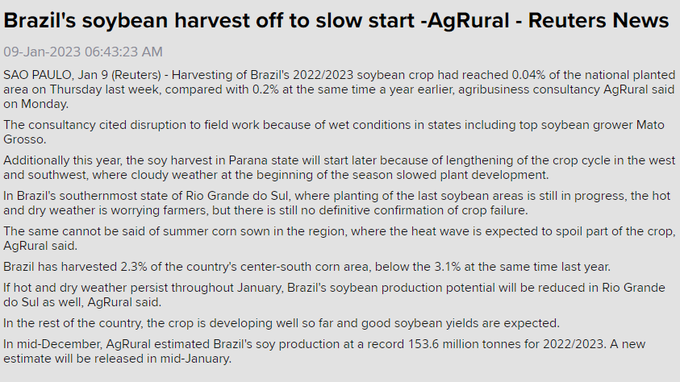 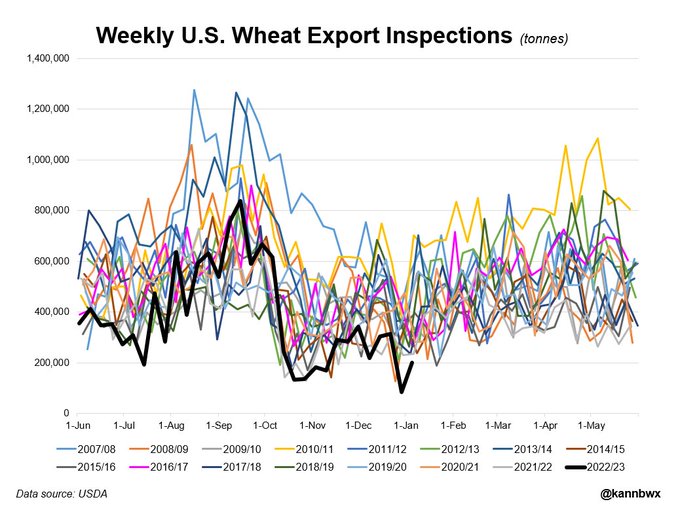 The U.S. #wheat crop is about 20% smaller now than it was in 2008, and exports are about 20% lighter. Perhaps some silver lining: over the last several years, the rate of U.S. wheat production loss is higher than the export decline rate.

Last week's U.S. export inspections were meh for #wheat & #soybeans, weak for #corn. No change to the prior week's wheat numbers means inspections were an all-time low (since 1983) in the week ended Dec. 29. 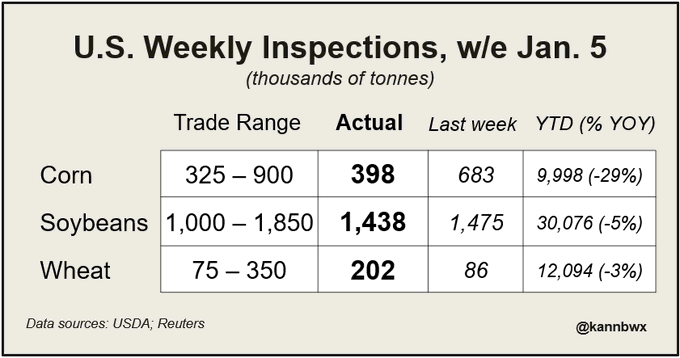