Geneticists have sketched out the woolly mammoth's family tree using ancient DNA found preserved in Siberia. The extinct beasts are more closely related to Asian elephants than to African elephants, the researchers found, and the three species diverged within a surprisingly short period of time.

Mammoths were bigger and heavier compared to their predecessors, the mastodons, and closer in appearance and constitution to (asian) elephants today. Mastodons had cusps on their molars (that allowed them to cut through vegetation and to graze), which mainly distinguished them from the mammoth as well as elephants who have ridged molars (designed to crush leaves, twigs and branches). Both species lived in the ice age, and briefly coexisted before the mastodons became extinct.

This is really fascinating carl.

What I don't get is this below:

"The beasts roamed Siberia until about 10,000 years ago, when scientists believe they became extinct due to warming weather, human hunters, disease, or some combination of these factors.

There are believed to be millions of mammoths buried in Siberia's permafrost. Only about a hundred specimens have been uncovered in the sparsely populated countryside—but some of them have been remarkably well preserved."

They ate plants and last lived in Siberia, which gets too cold for plants to grow for half of the year. Lot's of animals survive in high latitudes under these conditions but the weird thing is that they vanished 10,000 years ago, possibly from climate change according to some.  We did have big climate change then. Between 10,000 and 6,000 years ago is when we had the Holocene climate optimum that featured temperatures  way, way warmer than today at high latitudes, especially Siberia.

Siberia this much warmer, was a Siberia with a much greater abundance of plants and food for woolly mammoths.

Also, the fact that there are millions buried in the permafrost tells you that they roamed the earth in that location when it was much warmer(before the previous ice age one would assume).

Previous to 10,000 years ago, I believe that much of Siberia was covered by a glacier, which peaked 20,000 years ago(extending as far south as Chicago at that time on this side of the N.pole).

There wouldn't be any plants for them to eat under those conditions. It seems like Woolly mammoths could not have lived in Siberia until 10,000 years ago because there were no plants to eat for tens of thousands of years prior to that...........and they wouldn't have suddenly died off after conditions were suddenly favorably for plants for the first times in tens of thousands of years.  They could have been hunted to extinction of course but they would never have made it thru an ice age with no plants to eat.

This  article supposedly solves that mystery with an explanation but it still makes no sense to me.

"Meanwhile, paleontologists were uncovering the bones of ice age woolly rhinos, horses, and bison that would have needed generous amounts of food to keep their massive bodies fuelled up.

"The paleontologists at the time asked, 'well, if we have all these animals around, what are they eating?'" Zazula recalled.

"And the fossil pollen researchers were saying, 'Well, there's really very little for them to eat.'"

Regardless of how you want to spin it, not much stuff grows on or below an extremely thick glacier(layer of ice), even if it warmed up during the Summers. You need dirt, exposed to the sun for numerous months.........no exceptions and those conditions did not exist for tens of thousands of years in Siberia when woolly mammoths last existed based on assumptions that have been made for decades about both of them.

Here is what I think has happened carl. We have different fields of science(paleoclimatology and paleotologists and plant scientists) that came to  totally different conclusions decades ago about  different things in the same place at the same time, lets say 20,000 years ago, at the peak of the last ice age........that totally contradict each other.

The scientists telling us about the climate/weather say there was a massive sheet of ice covering the ground all year round for thousands of years. The animal fossil scientists, however have been telling us for decades about animals that consumed massive amounts of plants to survive,  living at that same time and place. The plant scientists seem to be saying in the article above that they have just discovered that there were "some" plants during that time frame(but plants needed to feed a Mammoth wouldn't be growing on huge ice sheets).

One of them has to be really, really wrong. 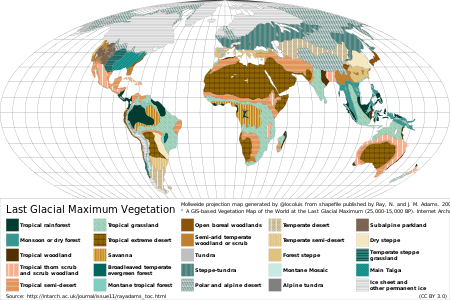 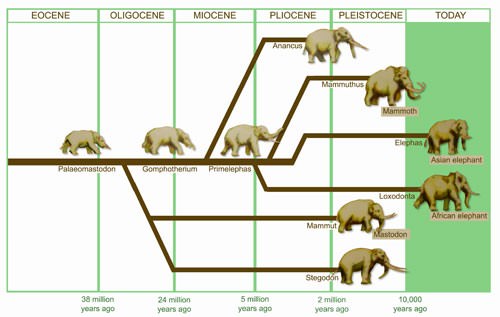 Many thanks for bringing up this topic.

My knowledge on woolly mammoths was mediocre at best previously but your links were really interesting and  as I read more and more, the statements about them going extinct in Siberia 10,000 years ago caused alarm bells to go off in my head.

Why would they live for 20,000+ years with no significant food sources, prior to that,  then die off when food started growing again?

I would say with confidence that climate change probably did kill them off. The last ice age, with glaciers moving south caused them to starve to death. Humans could have hunted them to extinction but they still needed food for tens of thousands of years..............where there was no significant food to get there.

One educated guess might be that all those well preserved fossils in the frozen permafrost that scientists think are 10,000 years old, are actually more like 50,000 or even 80, 000  years old which is when the area was getting covered up in ice and no longer able to sustain plants needed for a mammoth to survive.

Dead plants from previous years under the snow and ice  could have theoretically kept them going for several years but not thousands of years.

There could also be an error in the estimate of the last Ice Age time frame. Maybe it was more recent and it was warmer for longer and ice really didn't cover Siberia that extensively to end the growing season permanently until 40,000 years ago?

Regardless, it shows that we should not always just believe everything we are taught as known in science. What happens is that we often have "best" theories and new information that which  are not much  better than speculation, with huge margin of errors,  especially when it comes to time intervals for past events.

These theories, will get passed on and taught and after awhile,  turn into assumptions which cause them to be taught as facts that are presented as high confidence facts, when they are actually still the same speculative theories. Because of these assumptions, taught as facts in science class to a couple of generations, they become bullet proof to skepticism and critical thinking that questions elements that don't support the theory.