The report is seen as price-friendly for corn. 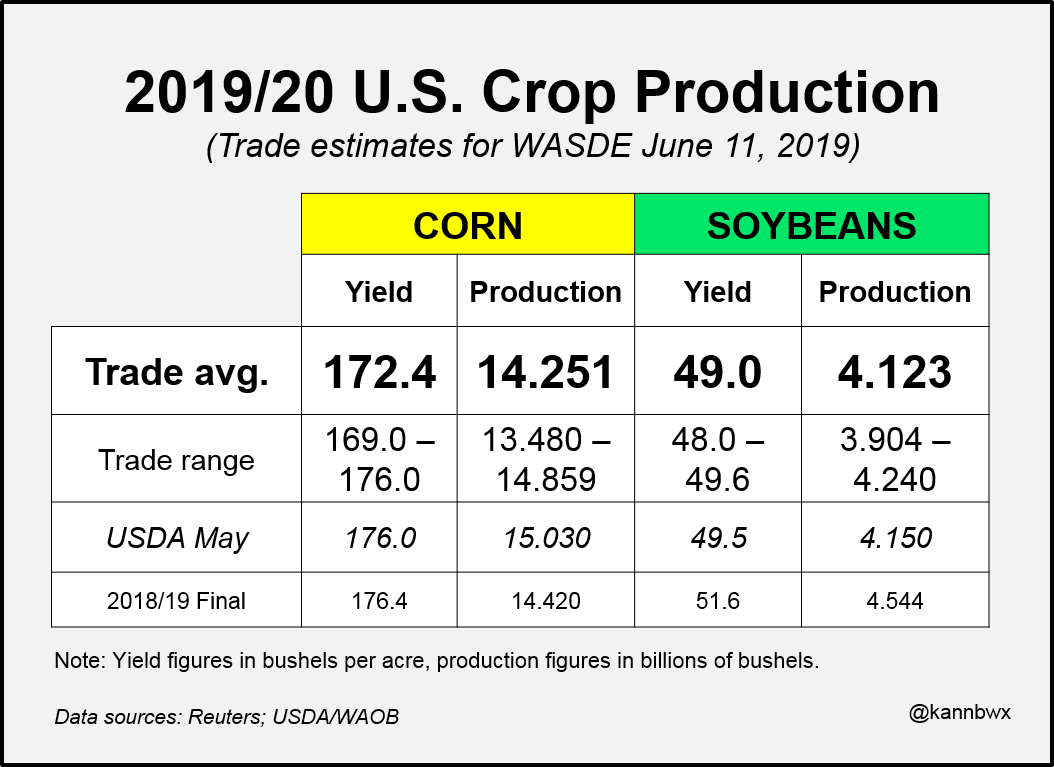 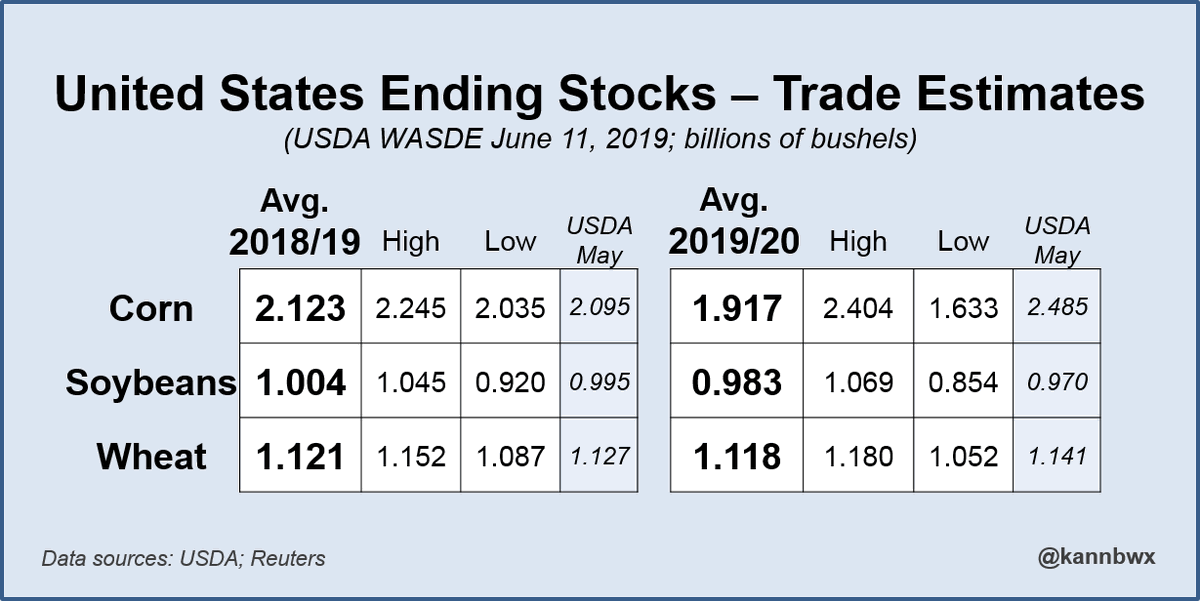 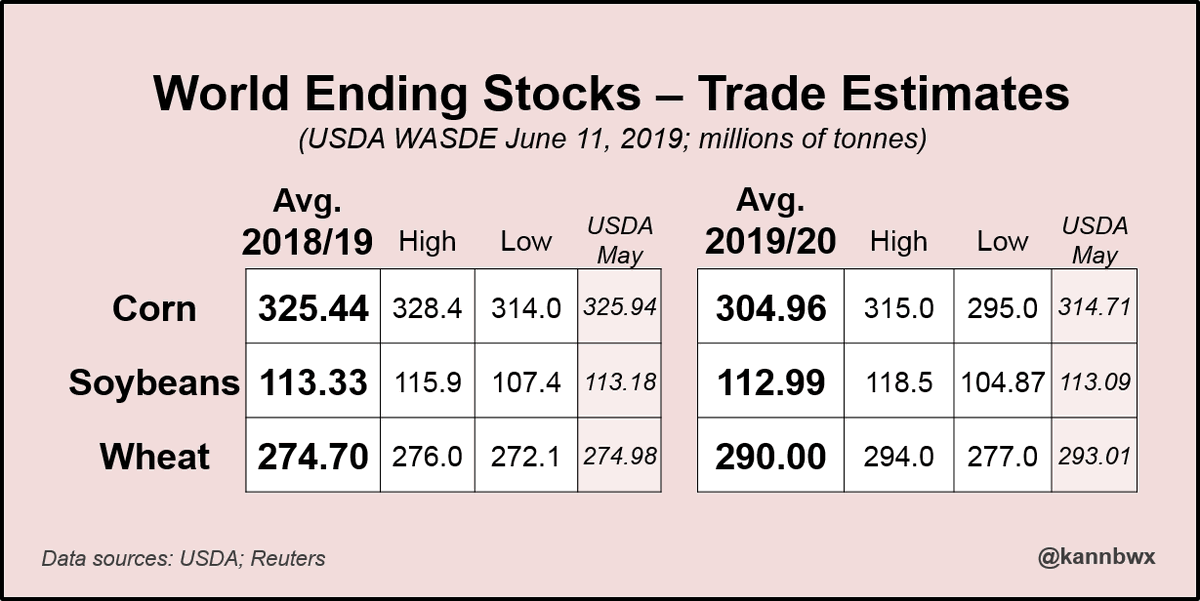 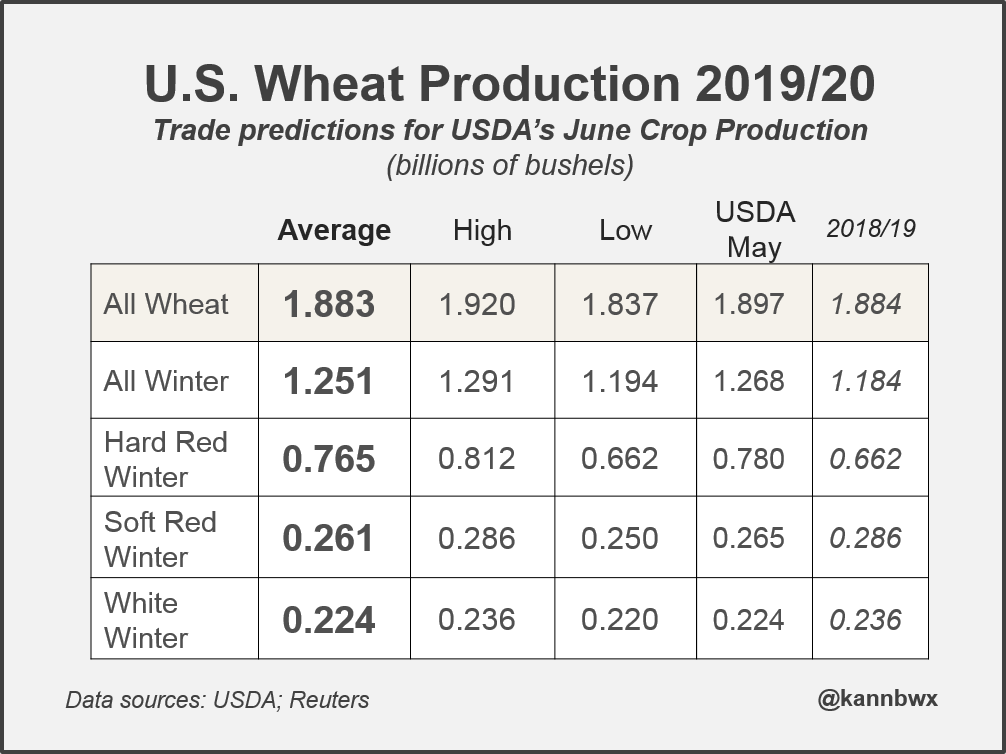 10c bump after the release of the news but 80c higher than the lows/price on May 13th!

If the market had been expecting the USDA to keep the stocks the same and we were at 343, like we were on May 13th, then we had a 810 bu cut from the previous report, the price would be limit up for a few days.............but todays cut, though it was clearly bullish and below the average trade guess was actually not as bullish as some thought and most people assumed the USDA would not be so aggressive with the yield cuts as they are usuallly very conservative.

So we have 2 schools of thought here.

1. Was the USDA being conservative and the crop is actually much smaller than this with more cuts on the way so this is actually REALLY bullish or

2. Is the USDA being more pro active and dialing in reality better than they usually do and, if we have favorable weather, maybe we won't see more big cuts?

I think their acres have got to be way too high with way more PP and bean acres that would have been corn. On the other hand, the market will be trading crop ratings closely.

The market often trades, and asks each week,  after the planting is over......... Is the crop getting bigger or smaller than it was the previous week?

The  only indicator we have are crop ratings. So the question to ask is Will crop ratings go up or down next Monday?

This report was very bullish and we can speculate on the acres until next month but crop ratings WILL matter the most in many respects.

With regards to that, why would the crop ratings go down next Monday?

This week featured no excessive rains or heat or excessive dryness or cold.

In almost every similar situation, crop ratings improved(or maintained high if thats where they were). So I think crop ratings will go up next week by several points.This is what's currently keeping a lid on prices and keeping them from making new highs at the moment.

However, the potential for excessive rains in some places coming up could change the way the market views the weather. Those heavy rains could cause ratings to drop in some places in 2 weeks. And any sign of a heat ridge that shuts down the rain this year for more than a week will be cause the price to explode higher(although the forecast warming up in week 2 right now, is actually bearish because we need massive growing degree days/units to speed up maturity in order to get this crop mature by mid September in case of an early freeze.

Would add that those heavy rains will make bean planting a challenge!

YOU ARE ON IT LIKE A BUTTER BONNET...... Amana Colonies Would Love You Big Time  Brother....

I WILL GLADLY LIFT YOUR OFFER THERE !!!R