To find the world's longest mountain range you'd have to look down, way down. Called the mid-ocean ridge, the underwater chain of volcanoes spans some 40,389 miles (65,000 km). It rises an average of 18,000 feet (5.5 kilometers) above the bottom of the sea.

As lava erupts from the seafloor it creates more crust, adding to the mountain chain, which stretches around the globe.

This particular fact above really is amazing.

We actually know more about the surface of  moon than we do about the bottom of our oceans.

Increased rates of sea-floor spreading (i.e. the expansion of the mid-ocean ridge) has caused global (eustatic) sea-level to rise over very long timescales (millions of years).[22]

The high sea levels that occurred during the Cretaceous Period (144–65 Ma) can only be attributed to plate tectonics since thermal expansion and the absence of ice sheets by themselves cannot account for the fact that sea levels were 100–170 meters higher than today.[23]

Sea-level change can be attributed to other factors (thermal expansion, ice melting). Over very long timescales, however, it is the result of changes in the volume of the ocean basins which are, in turn, affected by rates of sea-floor spreading along the mid-ocean ridges. 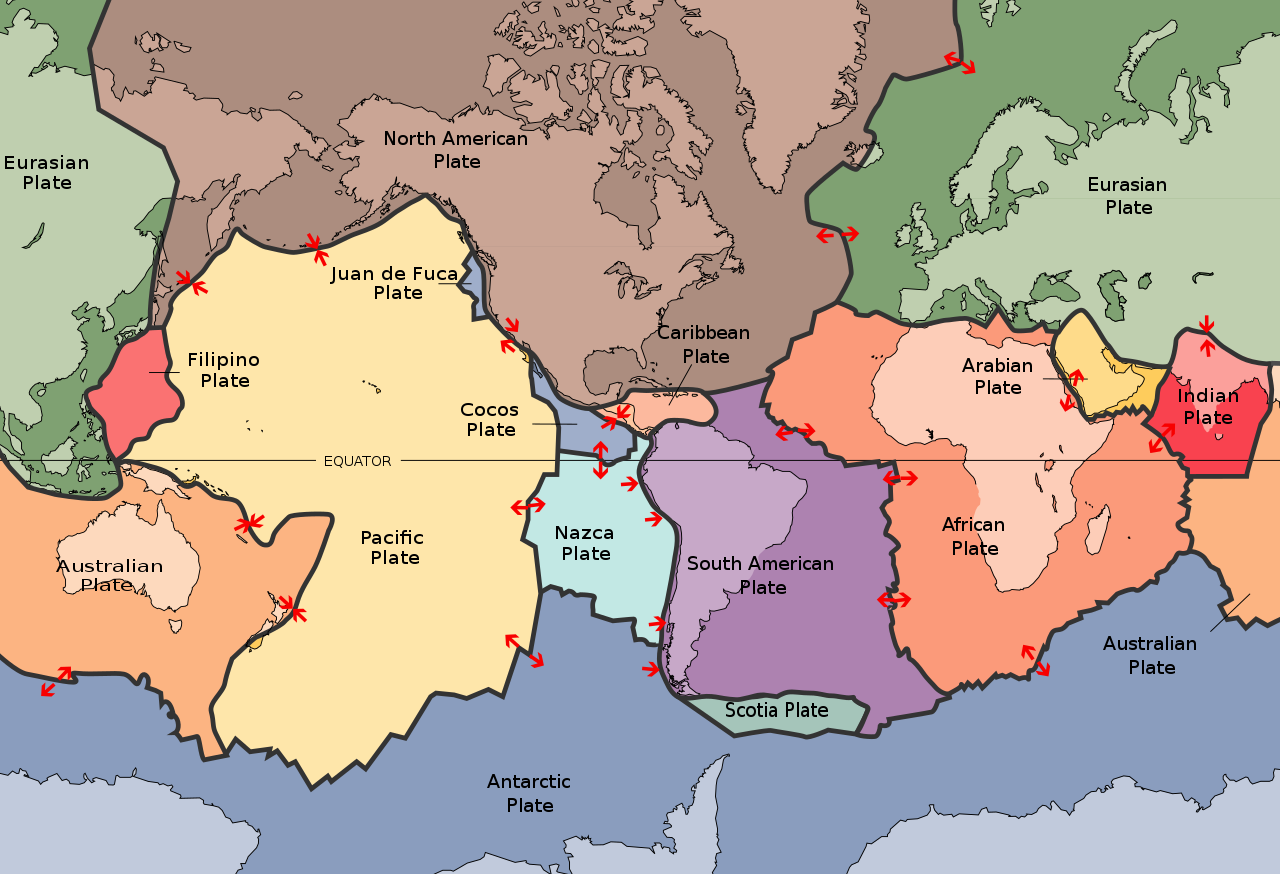 Plates in the crust of the earth, according to the plate tectonics theory

Following the discovery of the worldwide extent of the mid-ocean ridge in the 1950s, geologists faced a new task: explaining how such an enormous geological structure could have formed. In the 1960s, geologists discovered and began to propose mechanisms for seafloor spreading. The discovery of mid-ocean ridges and the process of seafloor spreading allowed for Wegner's theory to be expanded so that it included the movement of oceanic crust as well as the continents.[37] Plate tectonics was a suitable explanation for seafloor spreading, and the acceptance of plate tectonics by the majority of geologists resulted in a major paradigm shift in geological thinking.

So Mike, do you think the underwater volcanic activity is adding heat to the world and helps account for the increase in global temperatures.  As the magnetic reversal gets in gear,  (takes at least 300 years and can go on for 1500 years because sometimes it occilates) causing crustal plates to realign as the gravitational forces work to keep earth shaped like an egg and not a round ball.