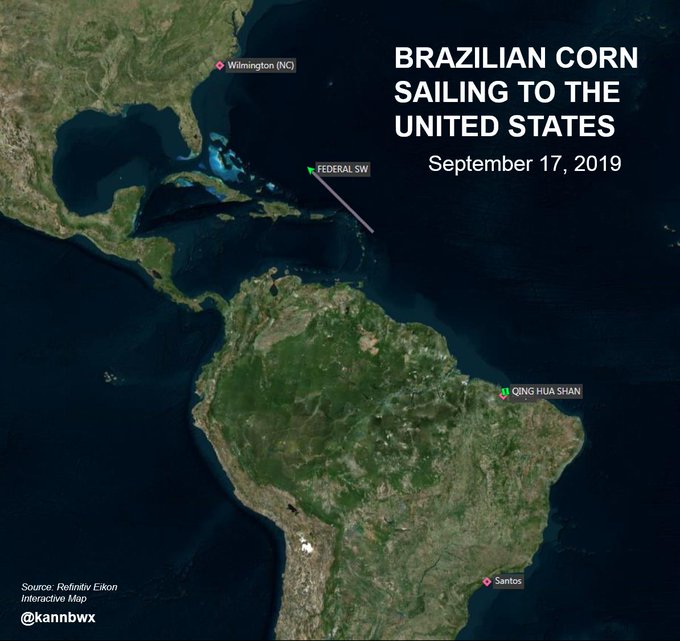 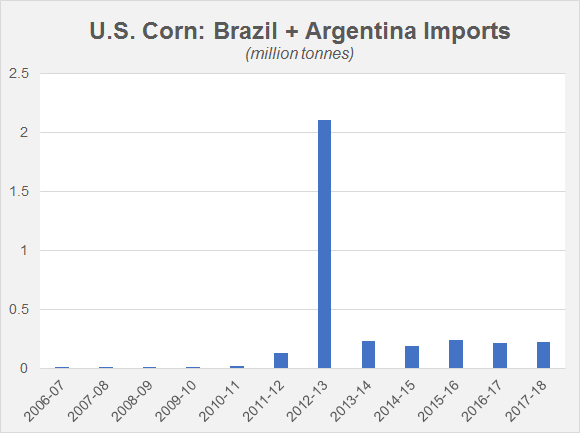 U.S. #corn imports  Keeping with the theme, what is the record amount of corn USA has imported from both #Argentina & #Brazil, and when? Hint: it was the same year for both Below chart shows how little US exports to SAM. This is not even a blip in the full picture. 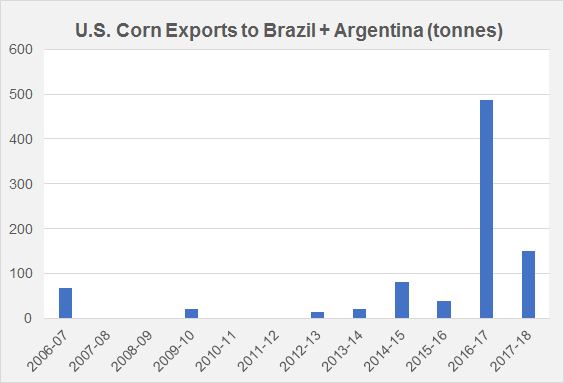 * Now in doubt as both stocks and output decline

* Some provinces expanding use in some cities (Adds comment, more detail)

SHANGHAI, Sept 17 (Reuters) - China's plan to implement a nationwide mandate for ethanol-blended gasoline in 2020 is in serious doubt amid a significant decline in the country's corn stocks and a shortfall in ethanol production capacity, government experts said on Tuesday.

State stockpiles of corn, the main raw material for ethanol production, have fallen to around 56 million tonnes currently from more than 200 million tonnes in temporary reserves in 2017, said Wu Tianlong, a deputy researcher with the Rural Economy Research Center under China's Ministry of Agriculture and Rural Affairs.

So how 'bout we slap a tariff on imported grain? After all...what's fair is fair.