October 30th!  Do something......(say hello to or smile at a stranger) to make somebody feel especially lucky today......... Then think about how lucky you are to be living in this era of plenty in human history!

Major cold blast in progress. This is featuring early snow in the colder air.  Snow forecast below.

More heavy rains in places that were MUCH too dry this Summer, boosting soil moisture in these places............after the growing season is over.

Oct. 24: TOP MAP SHOWS DROUGHT DECREASED in the Southeast thanks to some very welcome rains but much more is needed.

The map below is updated on Thursdays. 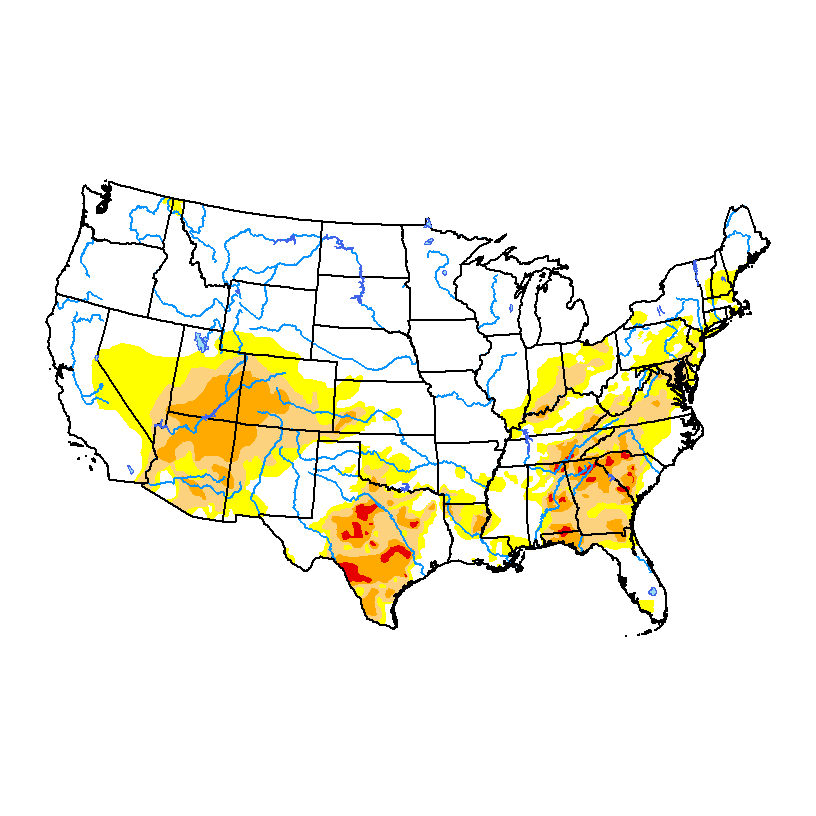 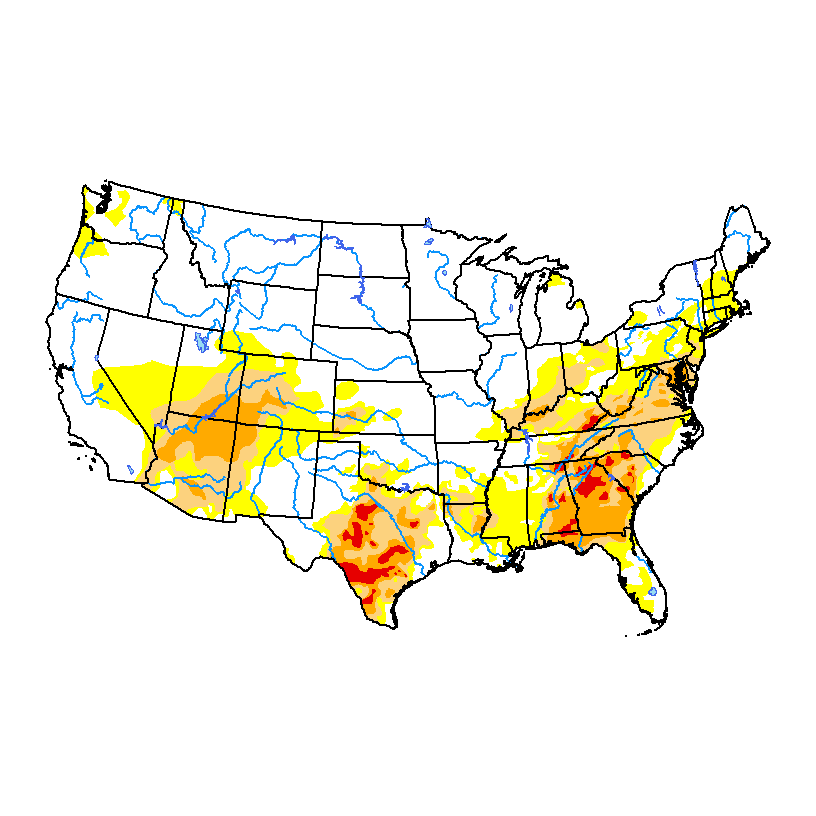 1993 anyone? This is the 240hr Operational Euro which is painting some snow the morning of Halloween. I know it probably won't happen but I love winter weather and I'm glad it's that time of the year where hour 240 is always interesting somewhere :-) . There was a huge cold air outbreak around Halloween 1993. Snowed as far south as Montgomery Alabama that day. 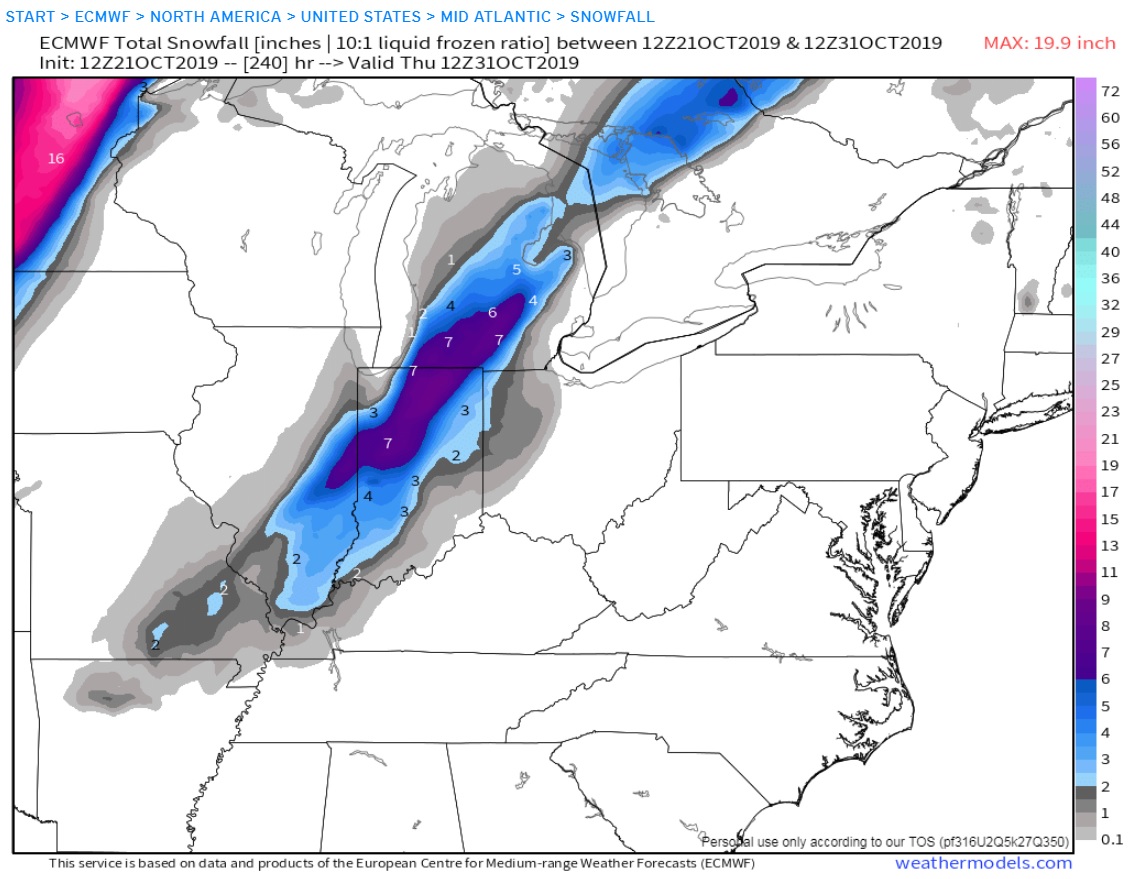 I remember that one vividly and it was actually the day before Halloween here in Evansville, Oct 30th which was a Saturday.

I went sledding with the kids and we made a snow man in the backyard.

I went Trick or Treating with the kids the next day with the snow on the ground and sub freezing temps.

I'm guessing our snow was just over 6 inches and it was a record for October but will retrieve the records.

Snow storms have always been my favorite too. When I moved down here in 1982 from Cincinnati(6 months) after living in Michigan, it was thought to be temporary and farther south than I would have preferred because of less snow(but I was going to any tv station that would hire me-including applying at Fairbanks Alaska)

OK, we got a total  of 4.6 inches from that event, 3.7 inches fell on October 30th(most of which was very early in the morning.

That snow event in 1993 is the biggest snow in the records until the event on Nov 28th almost a month later to show how anomalous the Oct 1993 event was.

Go to snowfall at the link below

Maybe I can retrieve some wx maps of that storm now. 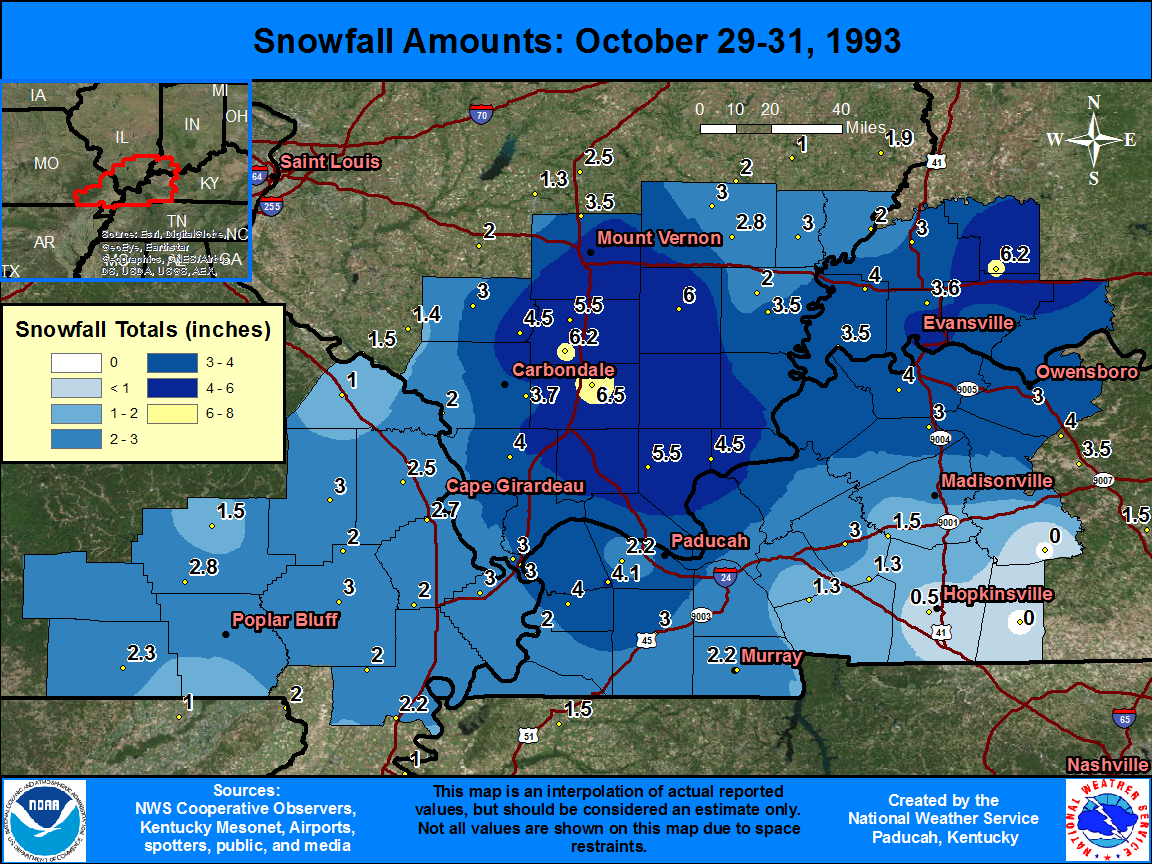 From The Vault: Halloween snowstorm in Cincinnati in 1993

A surprise snowstorm hit the Cincinnati area on the weekend of Oct. 30-31, 1993. When it ended on Sunday, there were 6.2 inches on the ground, marking the first White Halloween on record in the region. The 5.9 inches of snow on Saturday – Halloween Eve -  was a record for a single day in October.  The next day, the coldest high temperature for Halloween - just 36 degrees – kept a lot of trick-or-treaters home.

I remember taking the kids Trick or Treating that year! Great memories! Should have had abominable snow man costumes!