CHICAGO — Chicago wheat futures gained on Wednesday as dryness in Russia and a weak crop outlook across the Great Plains lifted the market.

The most-active wheat contract on the Chicago Board of Trade climbed 15 cents to $5.13-3/4 a bushel, after touching a two-month low on Monday. 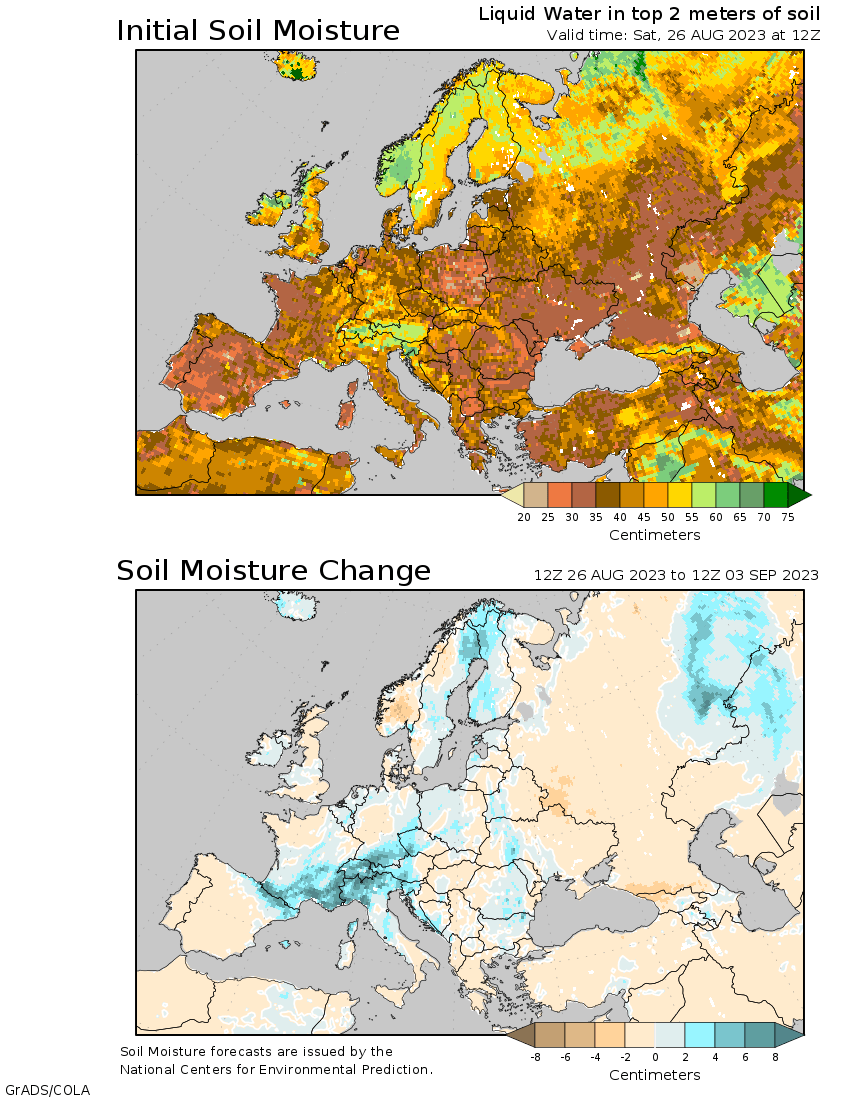 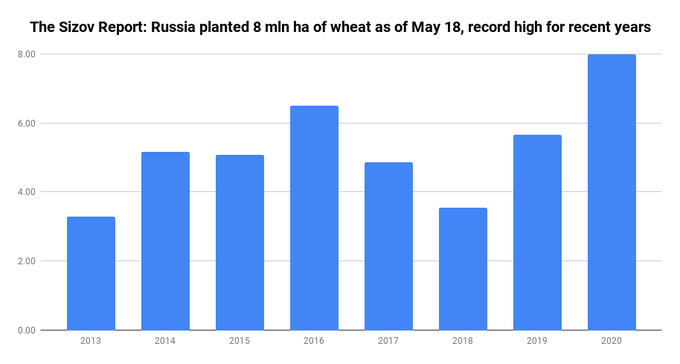 What happened to wheat? Nasty. #Wheat

I found the drought in Russia.....what a load of rubbish #wheat #wheatisaweed 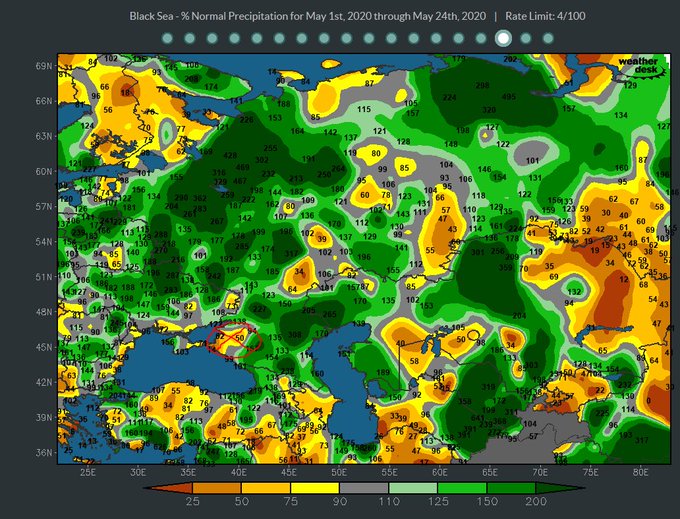 #Russia #wheat #exports fact sheet. According to initial estimates, the shipments will decrease in May, also through Covid-19; nonetheless, Russia is heading for the 3rd best export year and has a big harvest 20/21 ahead. 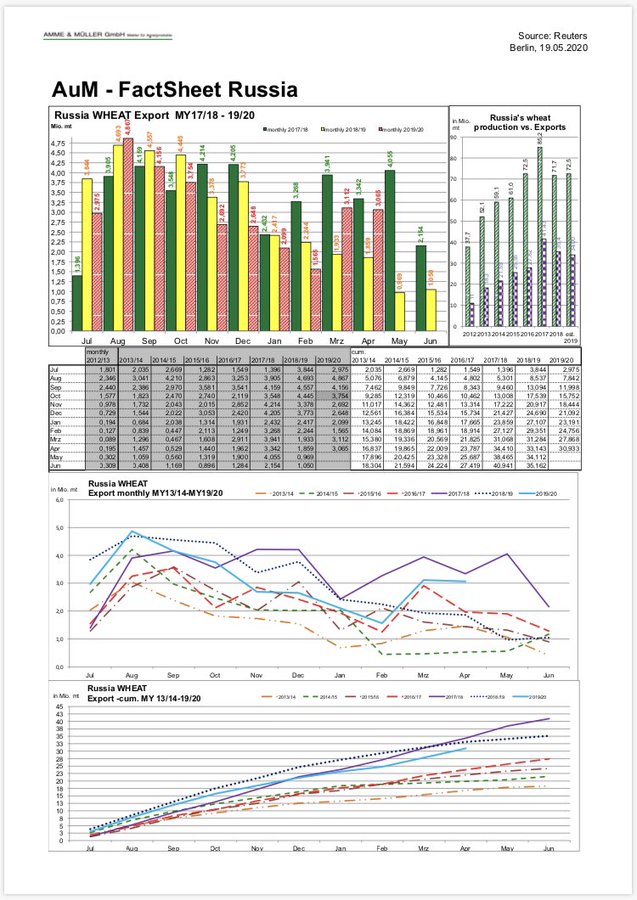 Big day for KC Jul as we enter a 5 & 15yr bullish seasonal pattern & #wheat production number out later this AM. 20EMA continues to act as solid resistance on the close. 469'6-472'4 area needs to hold as support or extension lower will remain for bears. USDA out at 11A CST. 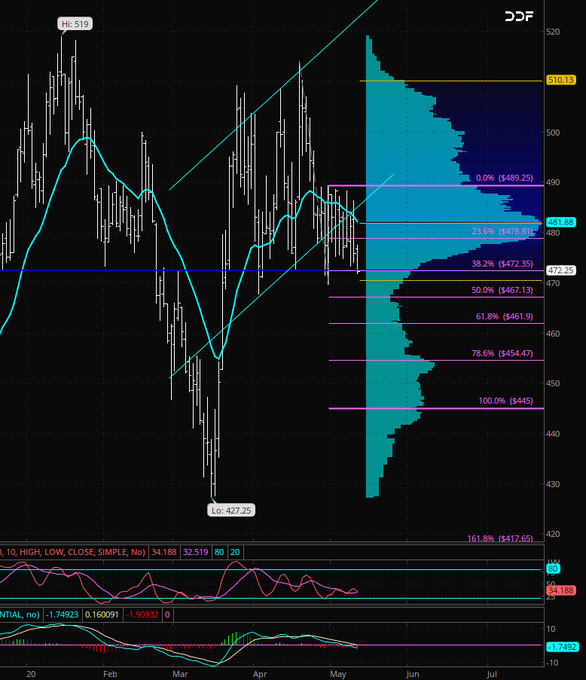 Update on July KC #wheat as mentioned last wk extentions lower favored the bears but yesterday's lows & today (so far) could be telling for the bulls here. Close will be key but 445 is interesting IMO. Failure to hold bears will remain in control. 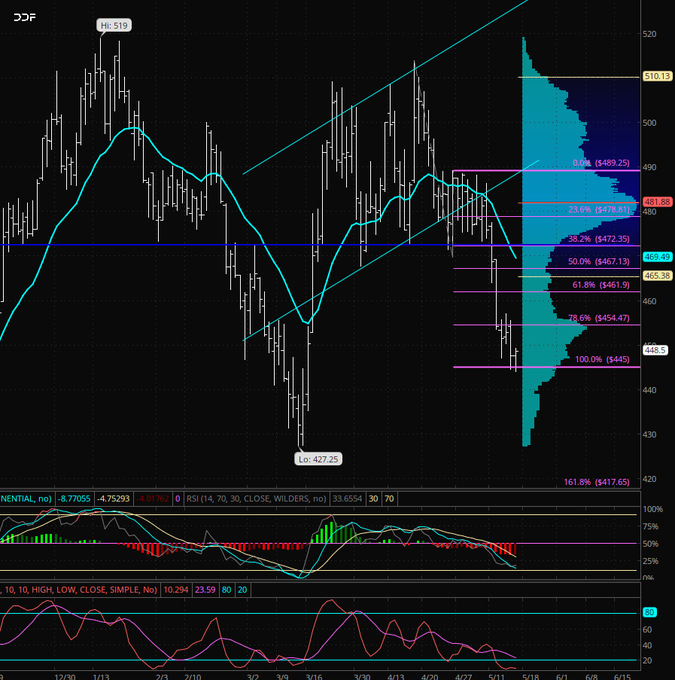 Winter wheat grown in the US:

The poorest winter #wheat is in Kansas and Colorado, thanks to drought & freeze damage. 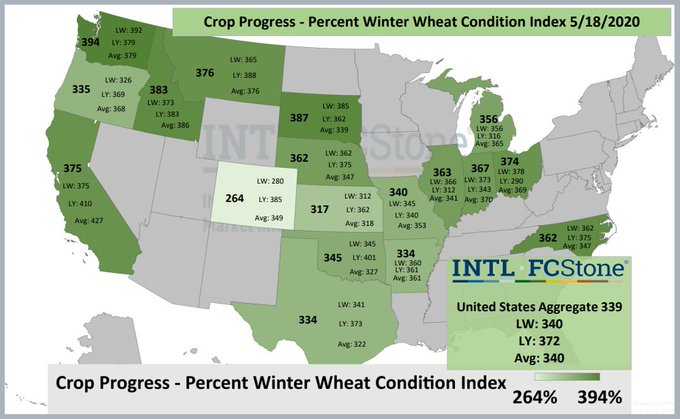 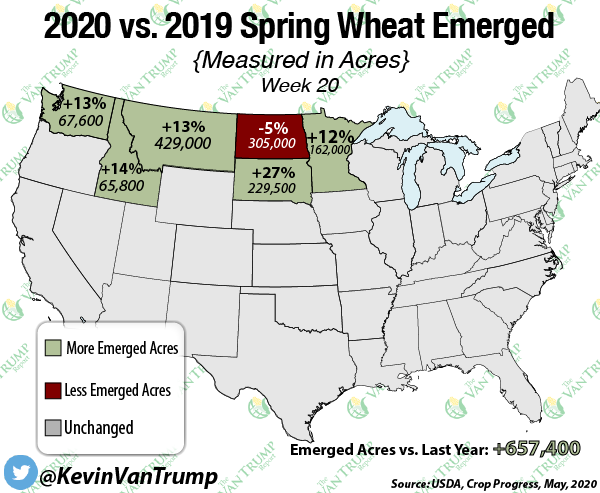 The annual Kansas Wheat Tour did not come to fruition in its usual form in 2020, but that didn’t stop the trade group Kansas Wheat from undertaking its own virtual tour of the state’s Hard Wheat Crop this week.

Romulo Lollato, Extension agronomist at Kansas State University, toured fields in central and south central Kansas, which arguably has the best wheat yield prospects in Kansas. He made 14 field stops in central Kansas, with yields ranging from 21 to 83 bushels per acre and a 52 bushel per acre average. There was some freeze damage, some drought damage and some stripe rust.

Big rains in the Plains/SW Midwest, where some places will welcome it.