Tuesday:  Bearish natural gas! Heat ridge has been backing up/west the last few days...........to the Rockies by the end of week 2........not as hot in the East and Southeast. Cooler than previously overall but some solutions want to bring in more heat ridge(Canadian model and several GFS).

Decent rains coming for grains,... for some key areas.  So far, rains have been disappointing. ..but more to come in the next week. Some areas will miss. Less heat in week 2 is less bullish and so are a continued "chance" of rain but rains may continue to disappoint because the flow from the Gulf may not be ideal for moisture transport northward.

Hot out West, spreads eastward across the country during this period.

Slow moving front(s) the source for "some" Cornbelt rains the next week.

Rains will not be enough in some places.

New rains develop towards the end of the week. 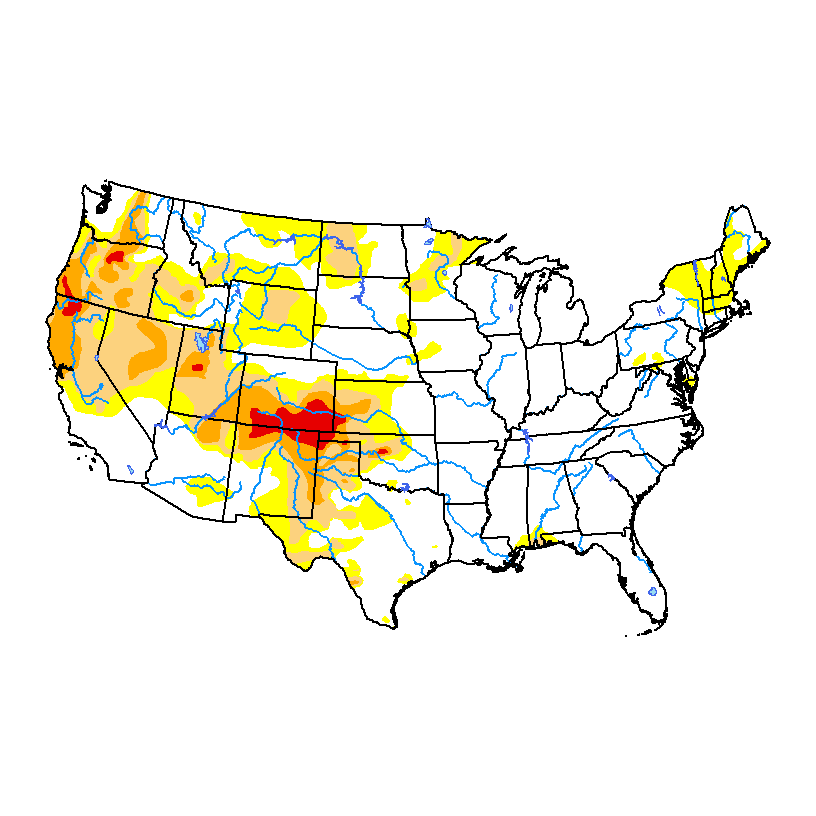 Last Sunday: Majority DO have a heat ridge but the placement is all over the map. The average of all these offsetting solutions does not necessarily represent most of them. Great uncertainty. Decent chance for a heat ridge............somewhere.

Wednesday: Impressive heat ridge building on the majority of members late week 2. This is the hottest model right now. Would turn bullish for ng and/or grains if this is the right trend.

Thursday: Heat ridge not quite as strong today but a huge disparity in solutions. A minority have a major heat ridge, where the majority have the complete opposite(weak troughing).

Saturday:  588 height contour was at Chicago yesterday, now, with the weaker and farther southwest heat ridge, it's 300 miles to the southwest , just north of St. Louis. As a result, the average of all the solutions, noted below is COOLER for the Midwest. However, close to half/50% of the individual solutions have the center of a major heat ridge dominating much of the Midwest. So there is big time uncertainty and we could get hotter again on models in a flash.

Sunday: Not as hot as Friday. The average is composed of individual solutions that have a heat ridge in many different places. Uncertainty and probably transient.

Tuesday: After being cooler the last several days, the Canadian model is a bit hotter/stronger with the upper level ridge in the S.Plains. The 588 dm height contour is north of St. Louis again about where it was back on Saturday and farther north than than the previous 2 days.

Saturday: Several members have a huge dome.............others northwest type flow in the Midwest to Northeast.

Sunday: Same disparity without many solutions having the center of the heat ridge in the Midwest. ...........where active flow/perturbations could trigger decent rains.

Tuesday: Active northwest flow in the Midwest on the majority of solutions for the GFS Ensemble. .....but several have the heat ridge stronger shoving the jet stream out, with more heat as a result.

Last Wednesday: Not as hot in the E/SE as the Canadian model.

Friday: Positive anomalies shift to off the Pacific NW Coast and Southeast Canada. Weak anomaly in most of the US by late week 2 does NOT favor heat in the Midwest!

Wednesday: Negative anomaly at 1 week over the Midwest/Great Lakes.....very cool temps.  Positive anomaly in Central Canada at 1 week, shifting south to the Hudson Bay area at 2 weeks, so the Upper Midwest and N.Plains will heat up........on this model.

Thursday: Just like Wednesday's solution! The heat will shift from the West to the N.Plains during week 2.

Friday: Negative anomaly at 7 days is over the Great Lakes with its cool air. Replaced quickly at 15 days by a positive anomaly that will have heat, centered from far SouthCentral Canada to the N.Plains. July will start out HOT in the NorthCentral USA back westward.

Saturday: We should note that major positive anomalies in June are heat ridges in the middle latitudes.  They are really moving around right now with a transient type pattern. At day 7, a big one in Eastern Canada, another just off the Pac Northwest Coast. At day 14, in SouthCentral Canada to the N.Plains. The Gulf Coast is one of the few places with average to modestly negative anomalies. This suggests that the heat will be farther north. Though the models have lots of rain during this period, if  we saw negative anomalies increase along the Gulf Coast, they could impede the deep moisture return northward and we would see a drier heat from the west vs air masses with more of a south to north component, loaded with juicy GOM moisture. The day 14 pattern is clearly  very warm to hot(at times) for much of the country. Not as hot as yesterday but even air masses coming from S.Canada with any cold fronts will be warm and quite dry.

Latest, updated graph/forecast for AO and NAO and PNA here, including an explanation of how to interpret them...............mainly where they stand at the end of 2 weeks.

Monday: Near 0 for the AO/NAO.  PNA is positive and likely connected with a dry pattern.

Wednesday: Near 0 for the AO/NAO. PNA is positive which is a dry signal.

Friday: Near 0 for the AO/NAO. However, the PNA is solidly positive. Warm/hot and dry in the West if often a result..........how far east would that be? Is this part of a La Nina signal?

Monday: Negative AO, slight negative NAO but the NAO starts solidly positive and crashes to negative during week 2. Could signal a pattern change.

My Summer Forecast/La Nina this Summer! 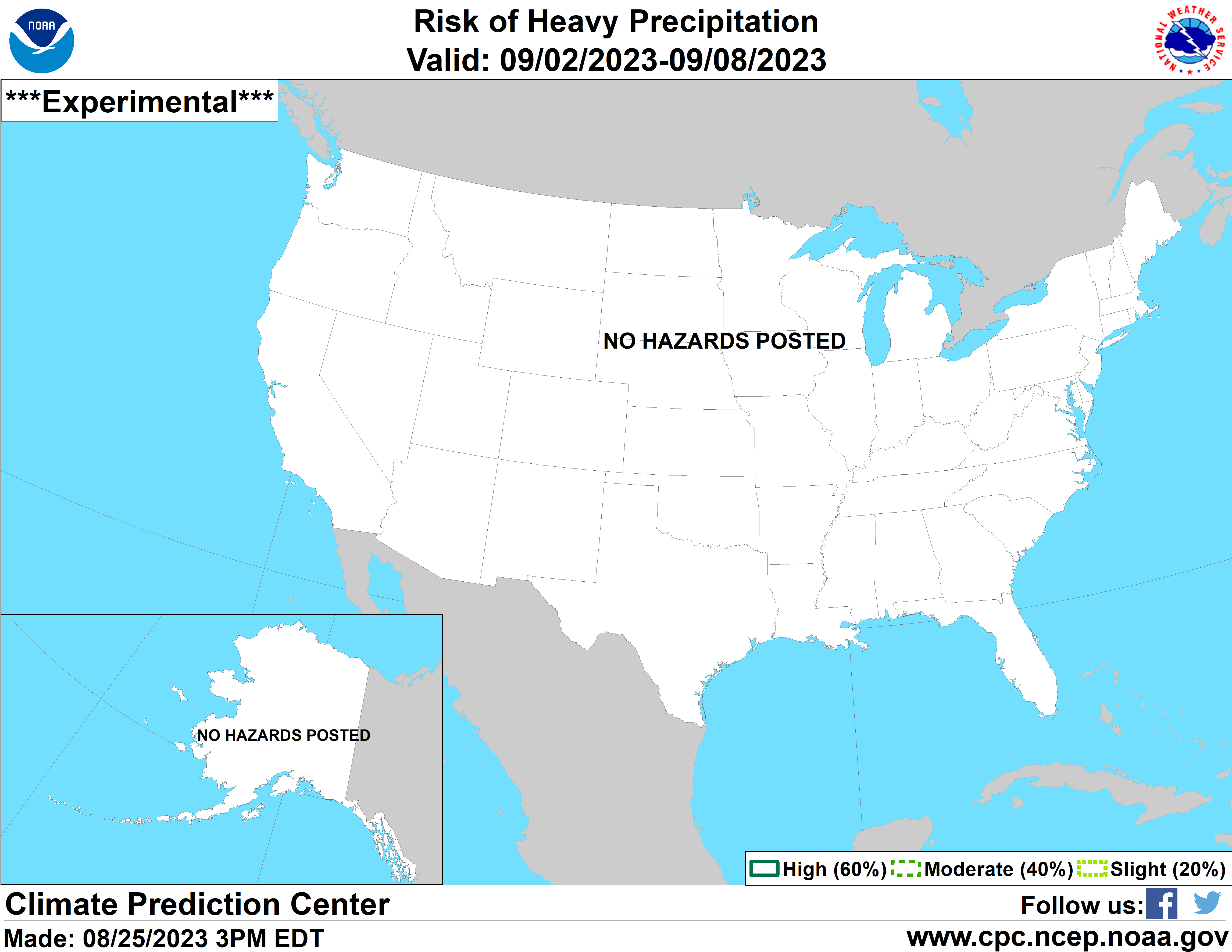