Differences between a Swan and a Goose

The mute swan (Cygnus olor) is a species of swan and a member of the waterfowl family Anatidae. It is native to much of Eurosiberia, and (as a rare winter visitor) the far north of Africa. It is an introduced species in North America – home to the largest populations outside of its native range – with additional smaller introductions in Australasia and southern Africa.

The mute swan was introduced to North America in the late 19th century. Recently, it has been widely viewed as an invasive species because of its rapidly increasing numbers and its adverse effects on other waterfowl and native ecosystems. For example, a study of population sizes in the lower Great Lakes from 1971 to 2000 found that mute swan numbers were increasing at an average rate of at least 10% per year, doubling the population every seven to eight years.[51] Several studies have concluded that mute swans severely reduce densities of submerged vegetation where they occur.[52]

In 2003, the U.S. Fish and Wildlife Service proposed to "minimize environmental damages attributed to Mute Swans" by reducing their numbers in the Atlantic Flyway to pre-1986 levels, a 67% reduction at the time. According to a report published in the Federal Register of 2003[53] the proposal was supported by all thirteen state wildlife agencies which submitted comments, as well as by 43 bird conservation, wildlife conservation and wildlife management organisations. Ten animal rights organisations and the vast majority of comments from individuals were opposed. At this time mute swans were protected under the Migratory Bird Treaty Act due to a court order, but in 2005 the United States Department of the Interior officially declared them a non-native, unprotected species.[54] Mute swans are protected in some areas of the U.S. by local laws, as for example in Connecticut.[55]

The status of the mute swan as an introduced species in North America is disputed by the interest group "Save the Mute Swans".[56] They assert that mute swans are native in the region and therefore deserving of protection. They claim that mute swans had origins from Russia and cite historical sightings and fossil records. These claims have been rejected as specious by the U.S. Department of the Interior.[54]

The Canada goose (Branta canadensis) is a large wild goose species with a black head and neck, white cheeks, white under its chin, and a brown body. It is native to arctic and temperate regions of North America, and its migration occasionally reaches northern Europe. It has been introduced to the United Kingdom, Ireland, New Zealand, Argentina, Chile, and the Falkland Islands.[2] Like most geese, the Canada goose is primarily herbivorous and normally migratory; it tends to be found on or close to fresh water.

Extremely skilled at living in human-altered areas, Canada geese have established breeding colonies in urban and cultivated habitats, which provide food and few natural predators. The success of this common park species has led to its often being considered a pest species because of its excrement, its depredation of crops, its noise, its aggressive territorial behavior towards both humans and other animals, and its habit of begging for food (caused by human hand feeding). 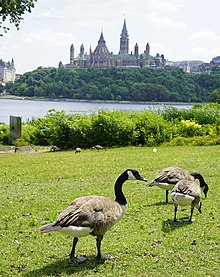 Canada geese grazing across the Ottawa river from the Canadian Parliament (2019). 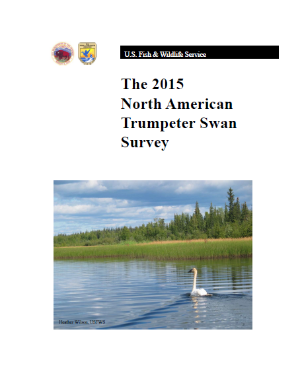 Along with FWS, Canadian Wildlife Service (CWS), provinces, states, territories, other agencies, and other private organizations, TTSS is an active survey participant and facilitator of the NATSSR. 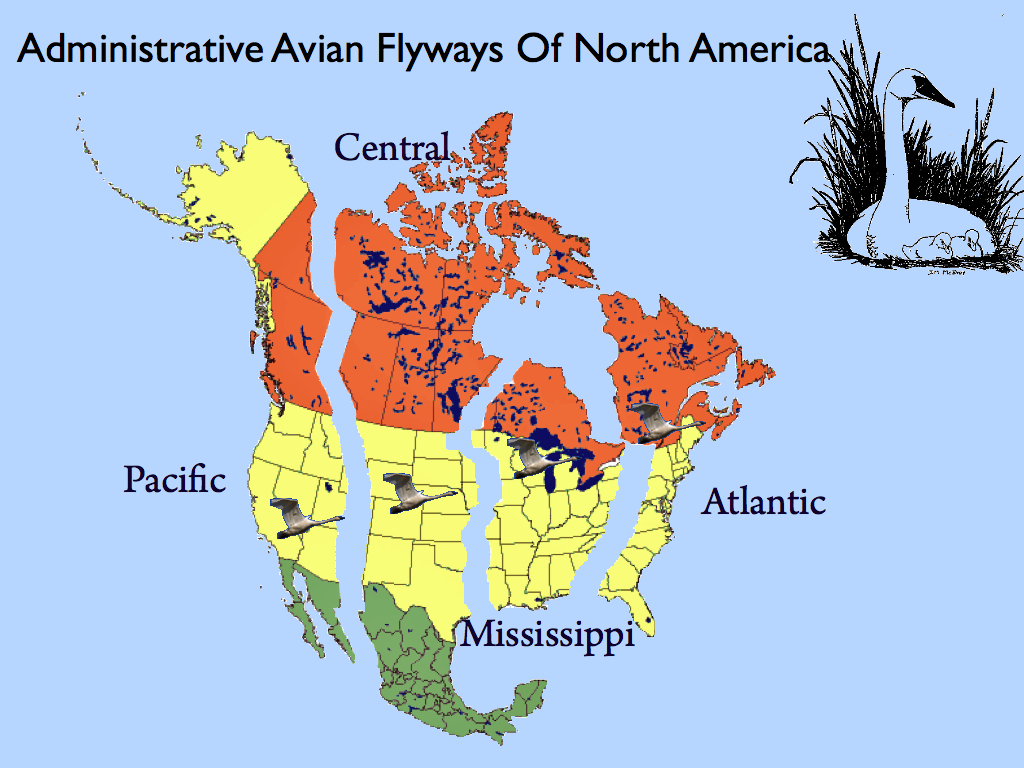 Rescued from the brink of extinction

Banko's map of historic Trumpeter Swan breeding Range. This does not include the entire historic wintering range which is thought to extend as far south as Texas and the Gulf of Mexico based on historic record references.

The story of North America's Trumpeter Swan restoration is filled with partnerships, adventure, and educational leadership.

The historic breeding and wintering range of Trumpeter Swans (Cygnus buccinator) once covered much of North America. The population was severely depleted by subsistence hunting and over 125 years of commercial swan skin harvest by hunters and trappers for the Hudson Bay Company (Banko). Many thousands of skins were shipped to Europe between 1772 and the late 1800s.

In 1929, the National Park Service began a survey to determine the population status of Trumpeter Swans. By 1932, they had found 31 swans in Yellowstone Park in Wyoming, 26 on the Red Rock Lakes in the Centennial Valley of Montana, and 12 others in the surrounding region. Ornithologists had little hope for their continuing existence.

And the current climate optimum continues to be favorable  for most life.