There is no reason to be upset with nancy and her beauty salon visit. The whole point of being a modern day politican is to live the double standard. Voters know this! You gave her the job,don't get mad when she uses the fringe benefits!!

mad does  not do this situation justice. some day old Nan is going to find herself in need of a friend. She has turned her cold hard back any and all and will get what she deserves. She has live like a queen as squandered millions in the process that could of made America a stronger , better place. Lets all pray she goes to the dust bin of failed libs sooner than we thought possible.

This trivial infraction is sort of funny because there really was no harm done............except that it reveals, like Mike said, that Nancy is just being a typical, double standard, hypocritical politician.

Politicians belong to the "elite class".

They  preach to us about how we must act..........WE must eliminate planet destroying fossil fuels..........while THEY burn up 10 to over 100 times the amount of fossil fuels as the average citizen.

Bernie tells us that major cities will be under water in 8 or 9 years and we need socialism but he owns 3 houses and his personal life,  capitalizes on the rewards of capitalism.

Lifestyles of the rich and socialist: Bernie Sanders has 3 houses, makes millions

President Obama insists that sea levels will swamp coastal regions in a few decades, then buys a multi million dollar property right on the Coast of Martha's Vineyard. .....while he and Michelle preach about how America is systemically racist and Michelle's compelling evidence, is a story of a white woman cutting in front of her, a black woman in a line waiting to get ice cream a decade ago and then that white woman didn't apologize. 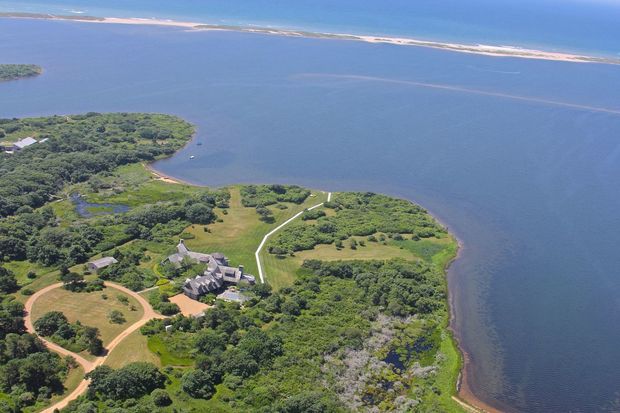 Is Michelle Obama a racist?

But let's get back to Speaker Pelosi because she has provided us with so many tidbits that provide a good look at who she really is.

Pelosi On Mobs Tearing Down Statues: “People Will Do What They Do”

Pelosi says Biden shouldn't debate Trump: 'I wouldn't legitimize a conversation with him'

House Speaker Nancy Pelosi has no regrets for saying Republicans triedto “get away with [the] murder” of George Floyd.

"To hear Pelosi say it, you would think that Floyd was killed in a Republican state — or at least in a city or county governed in some way by Republicans. In fact, he was killed in a city, county, and state where Democratic officials hold all the levers of power, and it was Republicans who responded quickly to the tragedy by introducing police reform legislation."

Pelosi warns: 'Civilization as we know it today is at stake' in 2020 election

The letter arrives as Trump is defending himself from a series of news reports indicating that he ignored early warnings from top health officials and White House advisers that the coronavirus posed a profound threat to public health and the U.S. economy — one demanding an immediate and aggressive response from the president. Instead, the reports found, Trump waited weeks before promoting strict social distancing guidelines, allowing the virus to spread widely in the meantime.

Trump, delivering near-daily press briefings on the coronavirus fight, has dismissed those accusations, noting that his late-January ban on most travel from China, where the coronavirus originated, came before a single case was reported in the United States.

"I am supposed to close down the the greatest economy in the history of the world and we don't have one case confirmed in the United States?" he asked his critics rhetorically from the White House on Monday.

That defense has done nothing to placate Pelosi, who said it's clear the president hesitated while the virus spread, exacerbating the crisis nationwide.

"The truth is that in January Donald Trump was warned about this pandemic, ignored those warnings, took insufficient action and caused unnecessary death and disaster," she wrote Tuesday."

metmike: Is that actually true?

Find out on the next few  pages what the truth is and what Nancy Pelosi was doing and saying a month after she claims the president took insufficient action. Just the facts.

Speaker of the House Nancy Pelosi toured San Francisco's Chinatown Monday to send a message. She said there's no reason tourists or locals should be staying away from the area because of coronavirus concerns.

"That’s what we’re trying to do today is to say everything is fine here," Pelosi said. "Come because precautions have been taken. The city is on top of the situation."

As Pelosi walked from the Golden Gate Fortune Cookie Factory to lunch at a dim sum restaurant, she hugged friends and waved to onlookers. She downplayed the racism issue, saying she understands people are concerned about China – the epicenter of the novel coronavirus.

"But that shouldn’t be carried over to Chinatown in San Francisco," she said. "I hope that it’s not that. But all I can say is, 'I’m here.' We feel safe and sound, so many of us coming here."

We had our first identified case of the Covid-19 virus on January 21. On January 31 President Trump enacted his China travel ban and quarantine. That same day he declared a Public Emergency. In late February, Democrat House Speaker Nancy Pelosi traveled to San Francisco's Chinatown. She walked around urging people to go there, saying, "That’s what we’re trying to do today is to say everything is fine here. We know that there is concern surrounding tourism, traveling all throughout the world, but we think it’s very safe to be in Chinatown and hope that others will come." Since then, because of the virus spread throughout California, San Francisco implemented a stringent "Shelter in place" order. Recently, Pelosi said, "The President, his denial at the beginning, was deadly. As the President fiddles, people are dying." Of course all through December and January, she and Democrats in Congress were "fiddling" with Impeaching Trump, causing his time and attention to be diverted. Pelosi cannot rise above partisan politics!

NYC "health commissioner" on March 2nd: "We know that there’s currently no indication that it’s easy to transmit by casual contact ... We want New Yorkers to go about their daily lives, ride the subway, take the bus, go see your neighbors."

Since I’m encouraging New Yorkers to go on with your lives + get out on the town despite Coronavirus, I thought I would offer some suggestions. Here’s the first: thru Thurs 3/5 go see “The Traitor”@FilmLinc. If “The Wire” was a true story + set in Italy, it would be this film.

metmike: Pelosi was not alone, other democrats, upset with Trumps China travel ban were outspoken about it being a xenophobic action and some  of them were in NYC.........encouraging people to come out and join the huge crowds and not worry about the coronavirus scare.

I wonder how many thousands of cases were being spread during these early days in the worlds hotspot(NYC)  as democrats gave this horrible advice.

Her message was echoed by Mark D. Levine, Chair of New York City Council health committee, who lauded how “huge crowds gathering in NYC’s Chinatown” was a “powerful show of defiance of #coronavirus scare,” tweeting four images of large groups of people gathered to celebrate the occasion.

Trump is racist because he used the word "lynching"

Who can forget this total bs speech?

Nearly three weeks in to the shutdown, Trump did not offer fresh ideas to break the current political impasse and did not declare a national emergency so that he could bypass Congress, as had been speculated. Instead he said: “The federal government remains shut down for one reason and one reason only: because Democrats will not fund border security.”

Calling on Democrats to pass a spending bill, he added: “This situation could be solved in a 45-minute meeting. Hopefully we can rise above partisan politics in order to support national security.”

On an extraordinary night for US politics, the House speaker, Nancy Pelosi, and the Senate minority leader, Chuck Schumer, delivered a live rebuttal from the House speaker’s balcony hallway. Both adamantly oppose the construction of a wall and have urged Trump to reopen the government while talks continue.

“Sadly, much of what we have heard from President Trump throughout this senseless shutdown has been full of misinformation and even malice,” Pelosi said. “President Trump must stop holding the American people hostage, must stop manufacturing a crisis, and must reopen the government.”

Schumer added we dont govern by temper-tantrum. No president should pound the table and demand he gets his way or else the government shuts down, hurting millions of Americans who are treated as leverage.

“Tonight – and throughout this debate and his presidency – President Trump has appealed to fear, not facts. Division, not unity.”

The New York senator said: “Most presidents have used Oval Office addresses for noble purposes. This president just used the backdrop of the Oval Office to manufacture a crisis, stoke fear, and divert attention from the turmoil in his administration.”

The White House countered those points on Wednesday by accusing Democrats of being in denial.

The story about the wall played out completely the opposite of what Pelosi wanted us to believe.

Seems like she has a knack for being on the wrong side of positions when it comes to whats best for Americans and often, the opposite side of the truth:

My favorite statements of hypocrisy from Nancy, were when she was insisting that she prays for President Trump's mental health......in order to push his buttons.

The Jesus that I learned about taught us to pray for those that persecute us, not persecute the ones that we pray for (-:

Oh yeah, almost forgot about when she tore up President Trumps State of the Union Address in front of the camera for everybody to see......that was actually even better.

WATCH: Pelosi fires back at reporter who asks if she ‘hates’ Trump

A Message from Mother Earth to Nancy Pelosi

The real reason for the fires: