Ahead of tomorrow morning’s WASDE report from USDA, analysts expect the agency to move yield potential from 181.8 bushels per acre down to 178.3 bpa. That would also leave production lower, from last month’s estimate of 15.278 billion bushels falling to 14.898 billion bushels.

USDA’s next weekly export report is also out tomorrow morning, and analysts expect the agency to show soybean sales ranging between 36.7 million and 73.5 million bushels for the week ending September 3. Analysts also anticipate another 225,000 to 500,000 metric tons of soymeal sales last week, plus between zero and 40,000 MT of soyoil sales.

Trade estimates for today's USDA reports, due at 11 am CDT. Sizable changes expected for U.S. production and ending stocks of #corn and #soybeans. 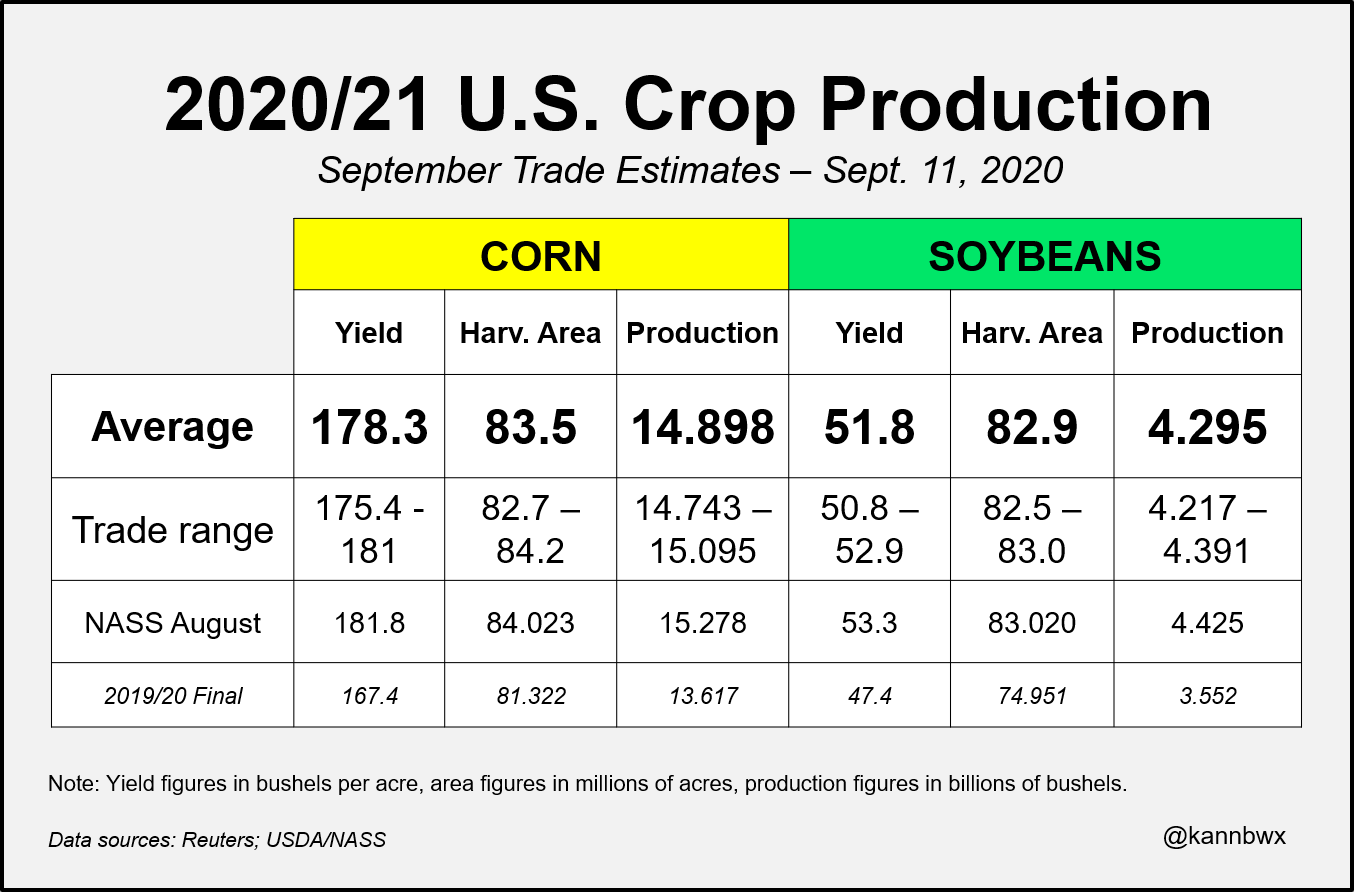 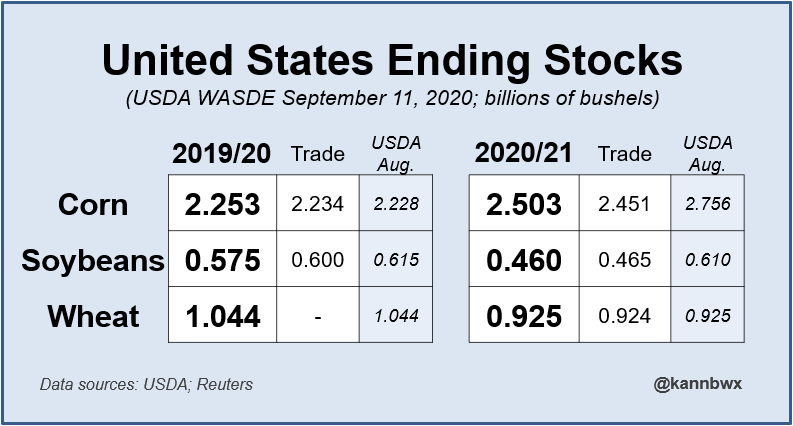 Here was the special note at the top of Crop Production where NASS discusses the Iowa survey results for corn harvested acres (which were lowered, but not for soy). They also acknowledge this week's freeze event, which was not addressed in this report: 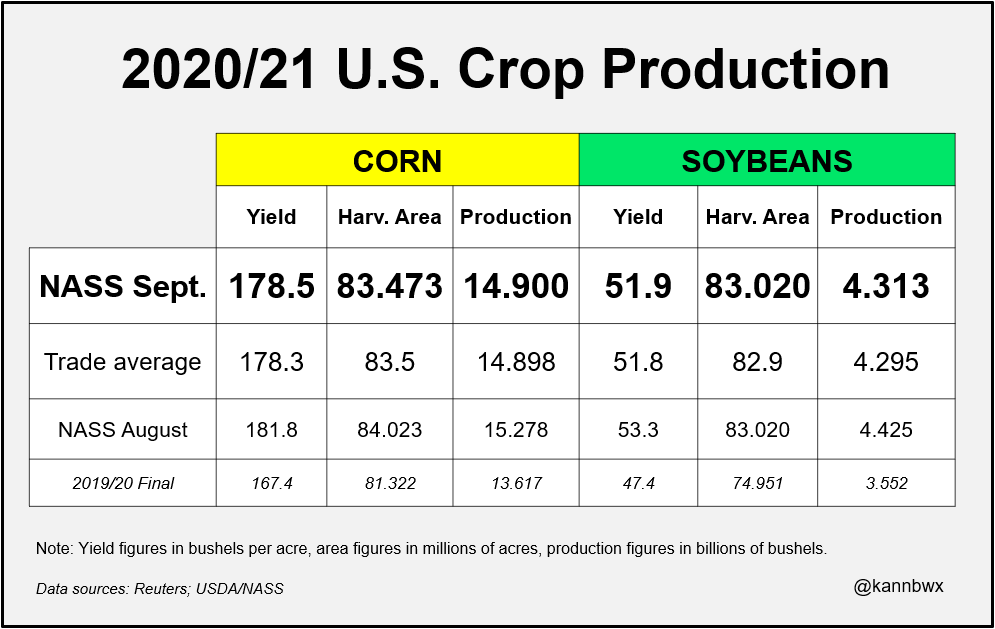 World ending stocks for #corn are now projected DOWN on the year (trade thought it would be up), but if you look at World-#China, it is actually up 9% YOY. #Soybeans are seen down YOY but #wheat up - even when excl. China.