Who do you think won this one?

Big difference in this debate compared to the presidential debate last week.

"Harris declined to account for her past support for the Green New Deal. Pence wouldn’t say if climate change represents an existential threat."

He mentioned that the US cut CO2 emissions while NOT in the Climate Accord and called out Biden/Harris a couple of times for lying about not banning fracking because they are for the Green New Deal. It's the framework of their energy plan.........which gets rid of all fossil fuels.

Natural gas is a fossil fuel. To replace them, you must ban fracking.

Joe keeps telling people in fracking country that he is for fracking but his agenda is to ban it.

Kamala Harris, along with extreme left AOC are the ones that sponsored the Green New Deal to get rid of fossil fuels by 2030.

The "Biden plan" uses this as its framework but gives the US a few more years to completely eliminate fossil fuels.

The Trump/Pence energy plan is not only honest and pro American, it's just a continuation of their current wonderful energy plan.

The Biden/Harris climate/energy plan is from the Twilight Zone( impossible based on the laws of physics/chemistry/energy and economics), would cost many jobs, a great deal of money and make energy much more expensive.

Pence did a nice job discussing this.

Harris did a poor job using the bs narrative that renewable energies would somehow be a viable plan.

funny, while Harris praised the BLM movement and stated that she herself had participated in those "peaceful" protests, BLM groups in Wisconsin started harassing people in the suburbs.

actually... this is not "funny"... it is getting dangerous

When it gets dangerous for BLM and ANTIFA,  that's when we'll stop hearing about how it is mostly peaceful.

Protesting has been deemed necessary and good by the gatekeepers, so they invent one sided narratives to brainwash us into viewing a fake reality.

"What has always blown my mind is the need for all these lockdowns and banning all these activities and being fanatical taking every precaution..... but somehow, millions of people standing shoulder to shoulder with no social distancing, some not wearing masks...........somehow are not spreading COVID......because THOSE people are all immune.

"Somehow, COVID knows to not attack any people participating in altruistic, politically approved activities.........from one party only.

After protesting ramped up in WI at the end of August, look what COVID did in the state of WI in September.

But we are still being told that there is no evidence of COVID being spread at protests.

This would be like asking somebody, on a clear day, if it's  sunny day outside, when they are in the basement and in a closet with the doors shut and stating "there is no evidence of sunshine!!! 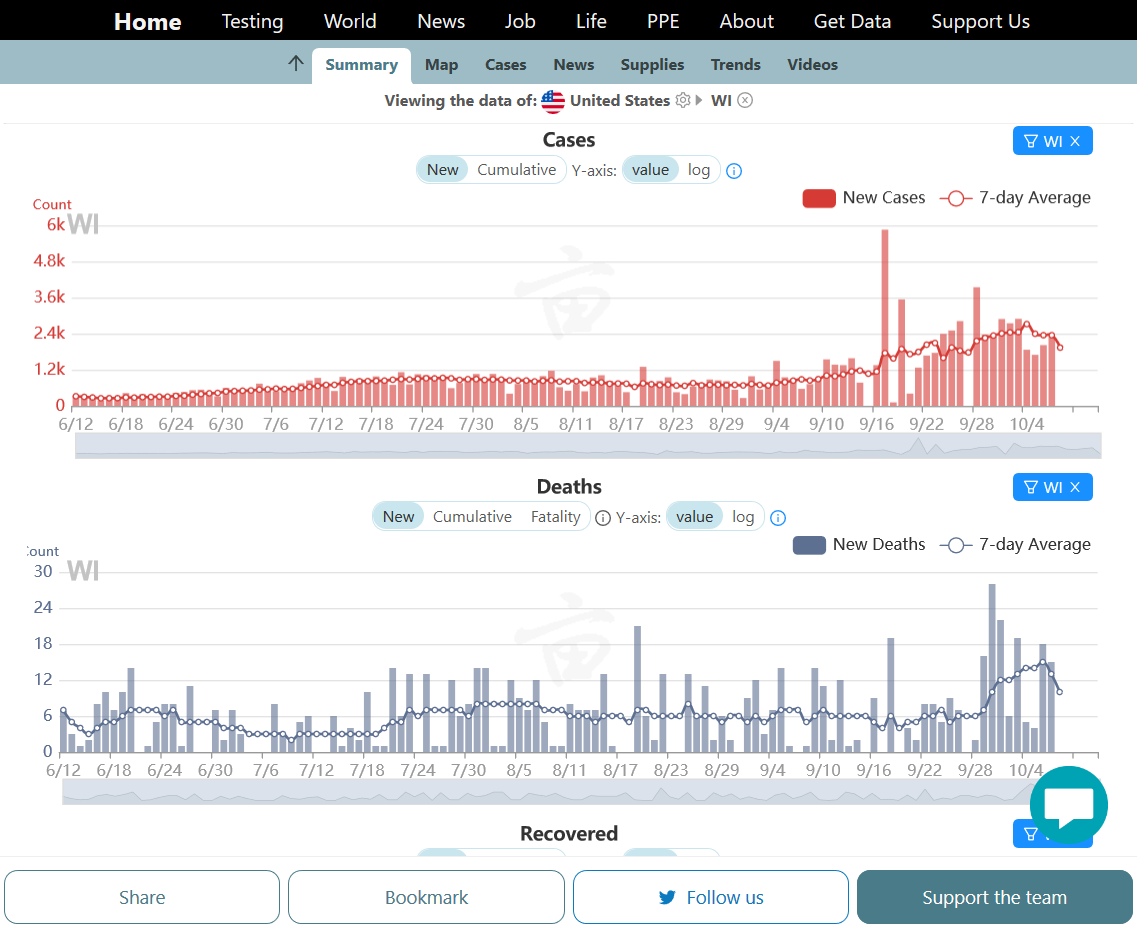 Expert opinion from one of MSM's best minds:

Mark of the Beast? MSNBC’s Schmidt Claims Fly on Pence’s Head is “Mark of the Devil”

The media and Hollywood elite are focusing on the fly that landed on Pence’s head.

They are actually suggesting that the fly is the MARK OF THE BEAST.

We are not making this up!

MSNBC’s Schmidt claimed that the fly on Pence’s head is a “mark of the devil.”

And they call this “news?!”

See the asinine clip below:

The Lincoln Project’s Steve Schmidt says the fly that landed on Mike Pence during the debate last night is a “sign historically of sin” and the “mark of the devil.”
pic.twitter.com/744RuE53ae

It’s important to know that Steve Schmidt is part of the “Lincoln Project.”

While the Lincoln Project has a good name, it is widely considered to be made up of never-Trumpers.

Schmidt said, “I don’t think it’s ever a good sign when a fly lands on your head for two minutes. You know that’s a sign all through the history of sin, and historically, biblically.”

He added, “It’s only safe to say this after midnight, but you know a fly, he who commands the fly, has always been seen historically as the mark of the devil.”

Host Ari Melber said, “Well Steve, now as a journalist, now I have to ask for the record, are you joking? Because the fly could have landed on anyone.”

Schmidt said, “Yes, but it didn’t. It landed on Mike Pence, and it says something. Something karmic about the status of the campaign as it implodes.”

Top notch reporting of the debate from CNN below:

Sarah Isgur: There was a fly on Pence's head

Harris won because she had so much more material to work with. All she had to do was cite the facts about the Trump administration's catastrophic handling of the coronavirus. Incidentally, the failures were evident in Pence's very presence there, when he should have been in quarantine, according to the US Centers for Disease Control's guidelines.