Big ups and downs for temperatures. Potential shift to colder later this month.

Dry weather is ideal for US harvesting.

Very Mild for this time of year!

Upper Midwest has a rain system at the start of next week.

Delta Does some Dumping!

A few strong storms in the Western Gulf Coast states.

Moisture with Delta ready to surge northward from the Gulf.

October 1: La Nina driven severe drought out West, some of which has pushed into the Plains and even parts of the Midwest in recent months.

Oct. 7: Drought intensifies..............which is not unusual since this is the driest time of year seasonally. 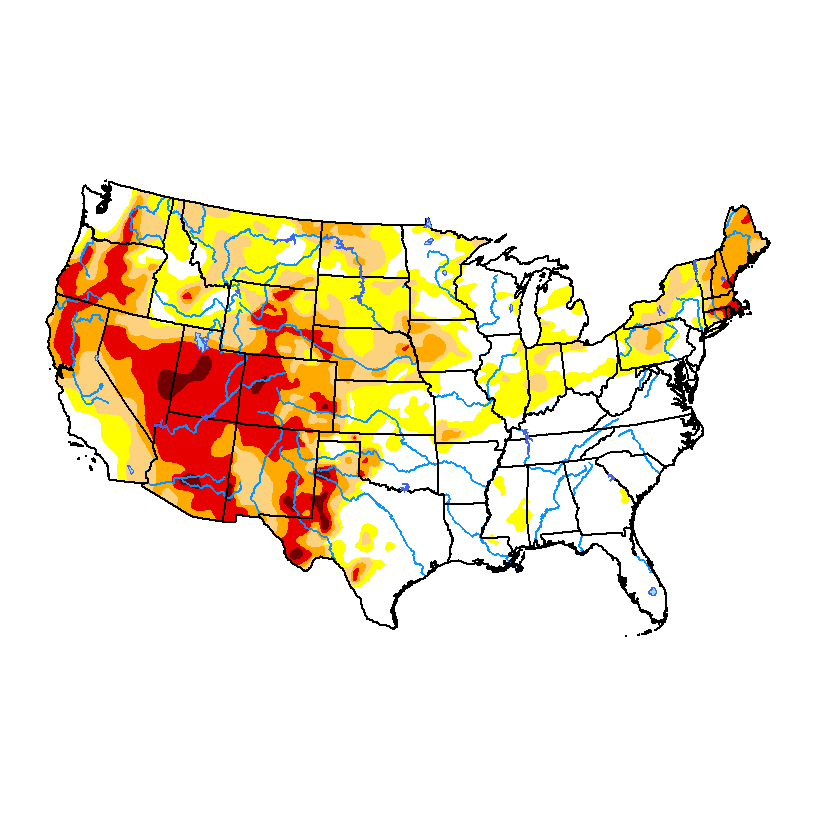 Thursday: Increasing signs of it turning colder later this month. Ridge west/trough Midwest/East configuration. Potential for this to be high amplitude!

Thursday: Ridge West/trough east couplet on half of the solutions, some with impressive magnitude that could turn cold enough to be quite bullish for natural gas and early residential heating demand.  However, some solutions still have a mostly zonal, mild flow.......great disparity and uncertainty.

Thursday: Enough disagreement to wash out the anomalously high amplitude ridge/West, trough East extreme solutions on the averages below at 2 weeks. So there is much uncertainty, with some solutions still quite mild and others very chilly.

Thursday: Wow man!! For this early in the year, the AO drops like a bomb on half of the solutions late in the period. The NAO takes a similar very negative path. If these ---AO and ---NAO solutions are correct, the later part of October will turn much colder. The PNA is slightly positive. This is mainly a dry pattern.

I find myself trying not to think about how dry it would be in the middle of the country right now had the period shown in these maps NOT been preceded by a week of soaking rain...especially since that week  was preceded by very dry conditions going back to the August 10 derecho 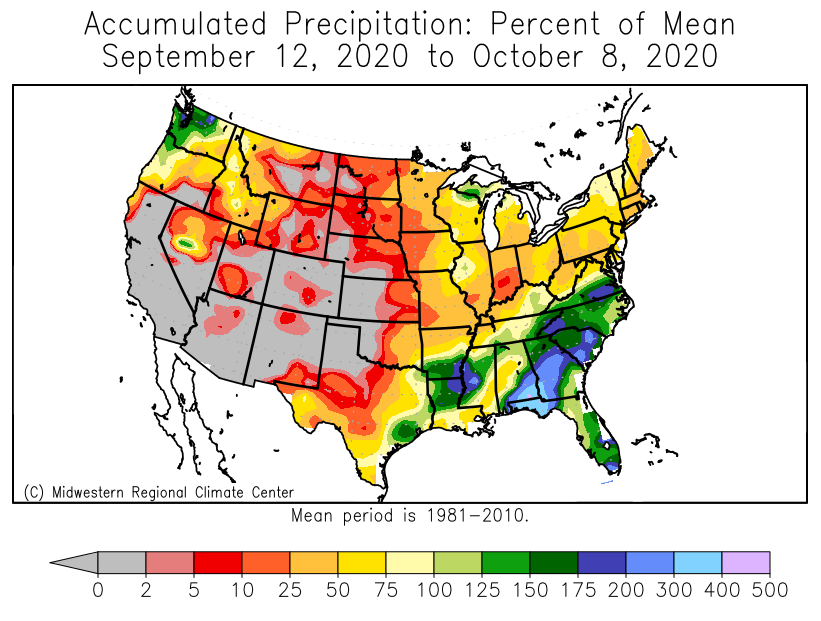 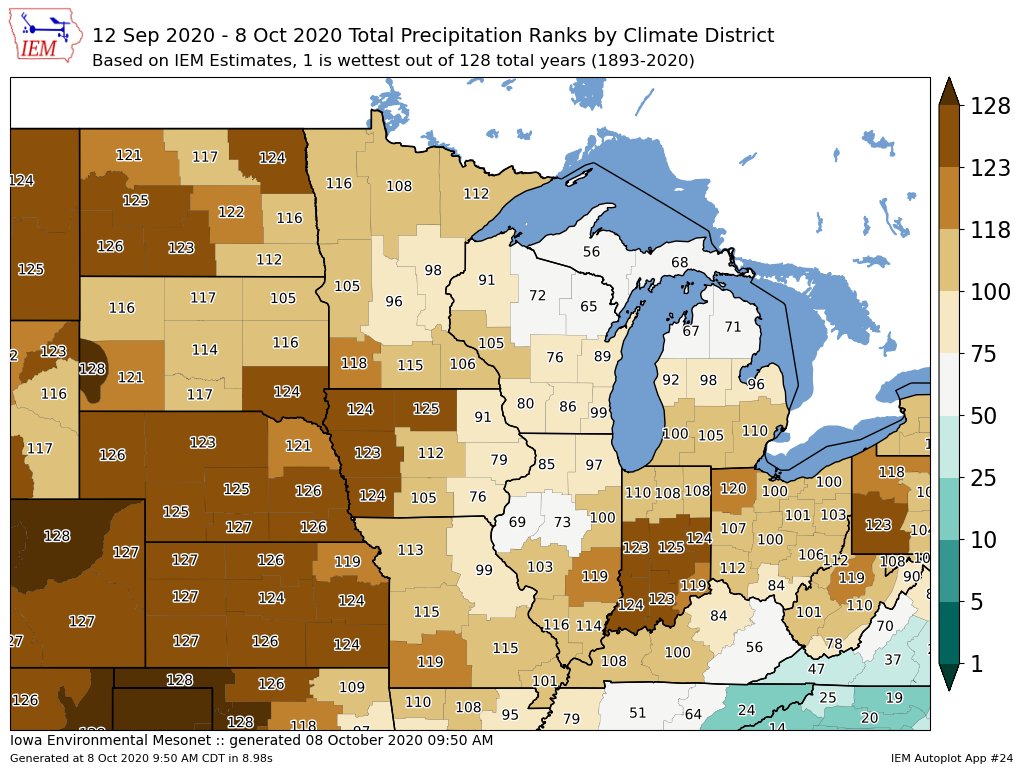