The Replacement Of Christianity With Neo-Pagan State Cults

Most of you will have seen the news from Gallup that a majority in the USA no longer belong to an “official” religion. This is misleading. What it really means is that most no longer identify with Christianity in any of its formal denominations. The same is true in the UK: only 38% admit being Christian, and fewer still attend Church.

But this does not mean those who are outside orthodox Christianity do not belong to an official religion. Because most of them adhere to the State religion, which itself is formed of many Cults. And, of course, it is not one State, but many, all sharing the same tenets.

The Cult of Health we all know. It has been growing in strength and number since its success in banning smoking. It’s joyless adherents force us to pay obeisance to it, and to show outward faith by joining the Cult of the Mask.  Your mask does not protect you, the mantra intones, it protects others. There is no better example of religious thinking than that.

What the Woke Cult worships is obvious. It has for its demons “whiteness” and “white supremacy”. These demons are cast out by, for example, monthly cash payments to non-whites, like in Oakland, and by the official preaching of critical race theory.

For four years during Trump’s reign, the Cult of Climate still existed, but it gained fewer adherents than before. Its core members never lost their earnestness, and proselytizing was difficult. The Cult was somewhat deprived of official funds at that time.

That has changed. The oligarchs behind the current regime have declared the worship of the Planet shall recommence. Money is flowing again.

Priests in these Cults are similar to imams in Islam, in the weak sense that there is no hierarchy that chooses leaders, except those directly working for the State. Anybody can become a worship leader in a Cult by the obvious procedure of gaining a following. The simplest way to do that is to follow the State line.

The psychiatrist Fleming is, given his titles, a minor imam of at least two Cults, Climate and Woke.

He says he was “inspired” in his Climate Cult rites “by insights I have received from my Black psychiatric colleagues”, a clear signal of his Wokeness. These helpful blacks “put the climate crisis into proper perspective as a result of their resilience in the face of the disproportionate adverse environmental impacts and threats to their very survival, both individually and collectively.” You’d think, though, that if global warming were real, blacks would suffer least. But let that pass.

He says “the climate crisis is inextricable from the fight for social justice, including systemic racism and health care inequities”. All the biggest Cults are there, save one, which is coming in a moment.

Fleming describes his own growing awareness of the deities in the Climate Cult. He said he “was reflecting on an article about the fires in the Mohave and invasive grasses, which had been one more trigger for my own sense of climate dread.” My emphasis, though I doubt our worship leader would take issue with it.

Climate dread. What could that be? Dread there is a climate? Dread that tomorrow’s weather won’t be the same as today’s? Or a painful belief in a looming apocalypse, blacks hardest hit, unless worship of the Cult of Science is mandatory?

He wrote a psalm to the Cult of Science. It is a small collection of short sentences printed as their own paragraphs. It is purple, and he will not find many chanting it. Here is the Science litany:

Odd that he admits the State as a “behemoth”, which it is, but one worthy of worship now that it was re-Woken. For it is the State that feeds the Cult of Science, or, more properly, the Cult of The Science.

What sacrifices would the pious Fleming be prepared to make for this Cult we wonder.

Perceptions of climate at odds with science

This looks like the complete opposite of an apocalypse,. crisis, emergency or whatever you want to call it.

Is this data important?

Only if you think actual measurements of the global temperature are important in determining whether we are having excessive global warming that requires spending many trillions of dollars and totally changing the way that we use energy.

If you don't think that using the actual temperature and conditions of  the real life on the real planet earth are important, then no, we should just ignore this.

Sadly, that's exactly what will happen.  IT DOES NOT MATTER!

Almost half the people have had COVID or been vaccinated...............but even THEY must continue to wear the almost worthless cloth masks even though there is a miniscule chance that they could spread COVID.  The science shows that there is a small chance for a low number of them to get COVID but they would not get sick enough to be contagious enough to spread it.

So Biden and Fauci and many others continue to lie to us about the reason to wear masks, calling it science. 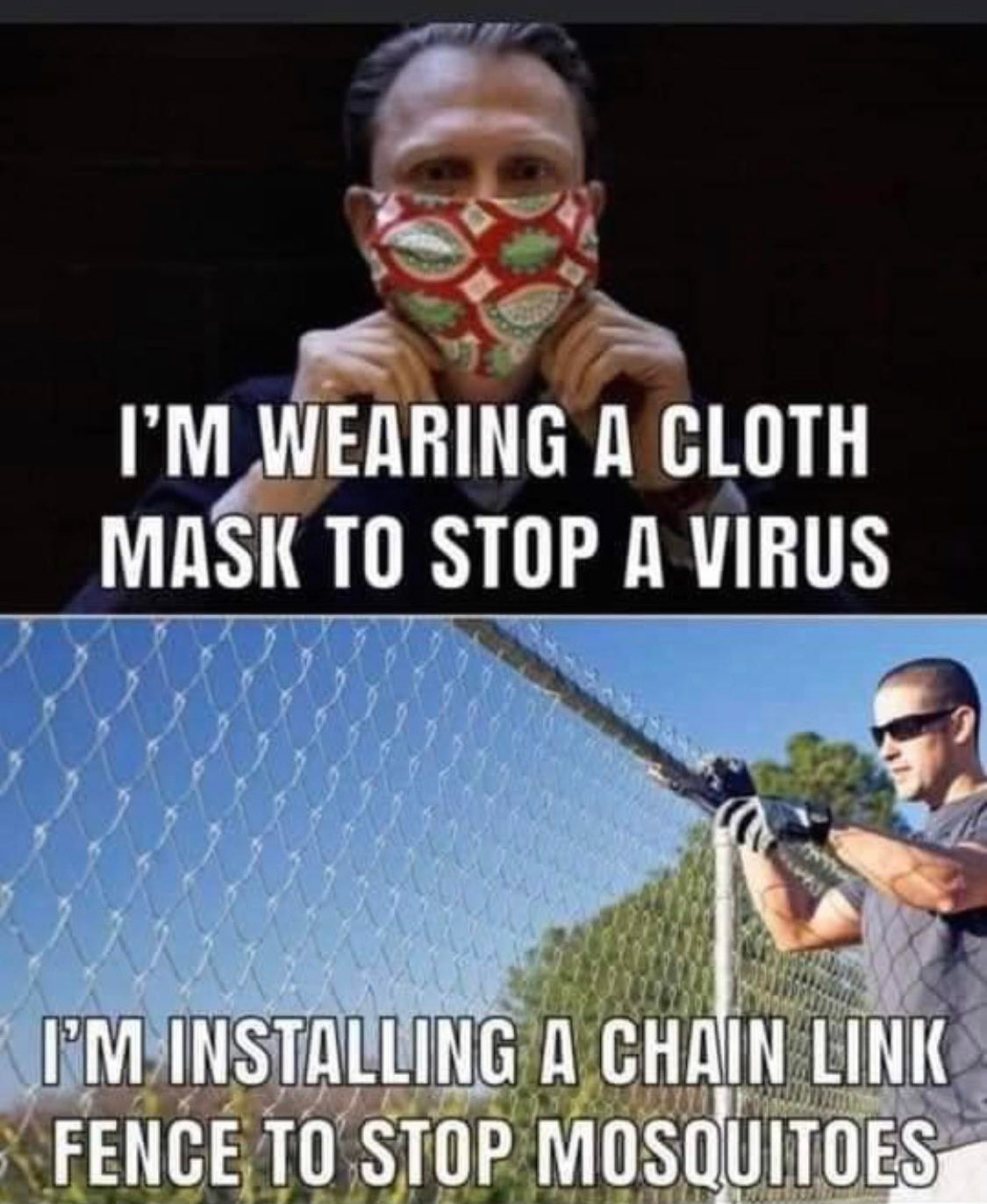 I've been using that one since late last year.