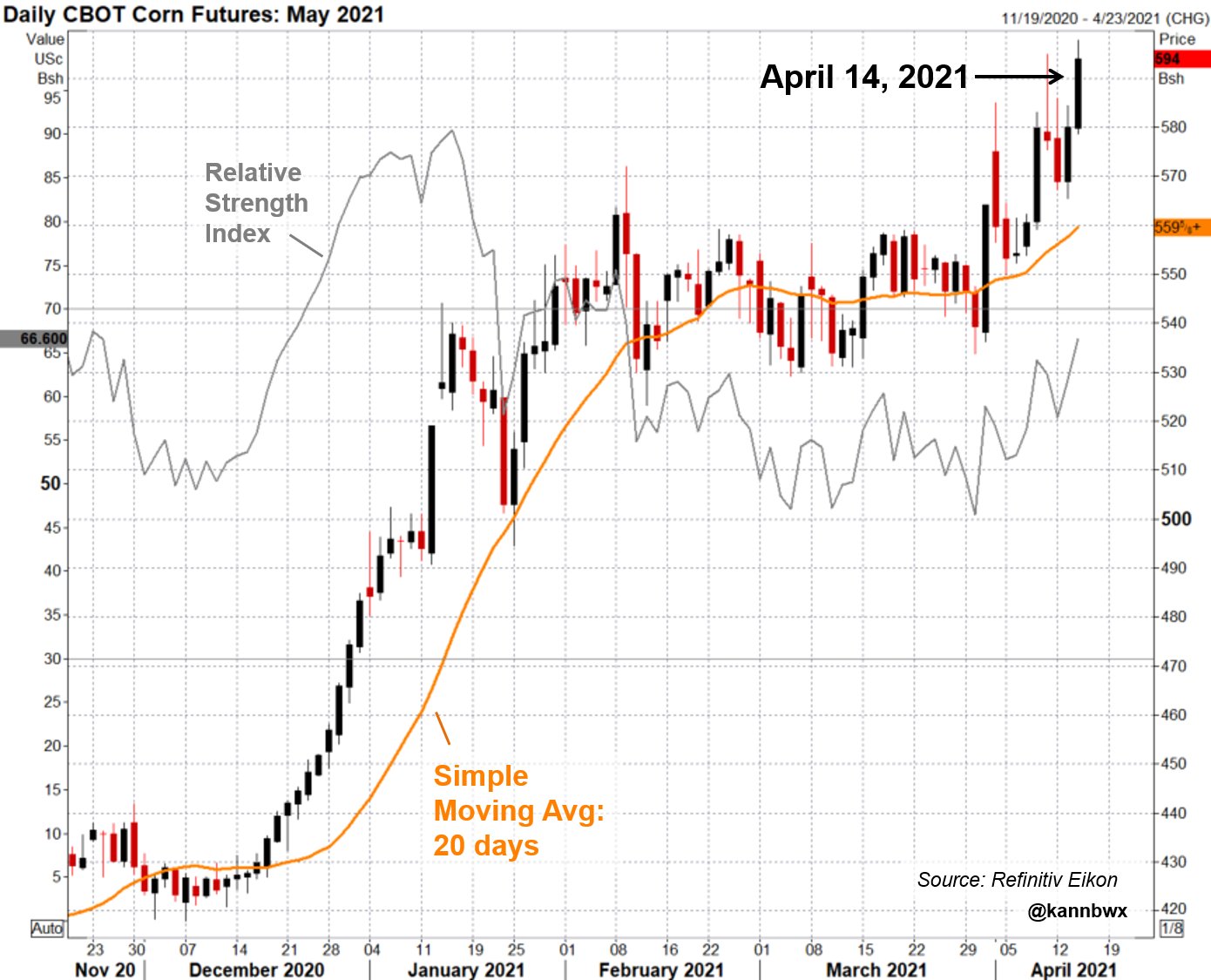 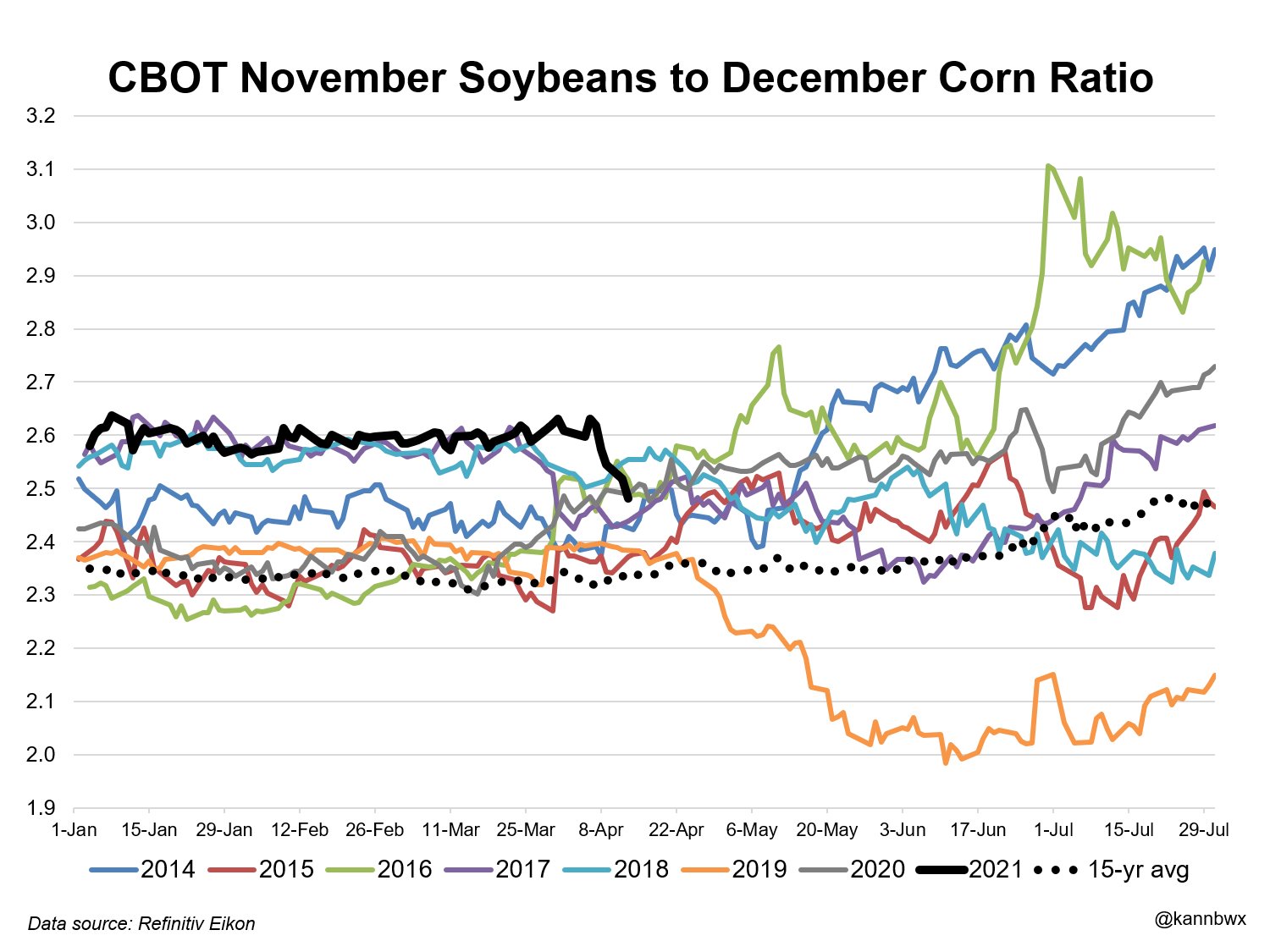 The Spring wheat is being planted into some of the driest soils in the country.

Crop moisture is very low in ND, even in the top 2 inches, there isn't enough to germinate the Spring wheat crop(but its very early and there is tons of time for rains to pick up). This map shows moisture % at 2 inches. But this is deceptive because of recent precip. A deeper profile looks much different below. 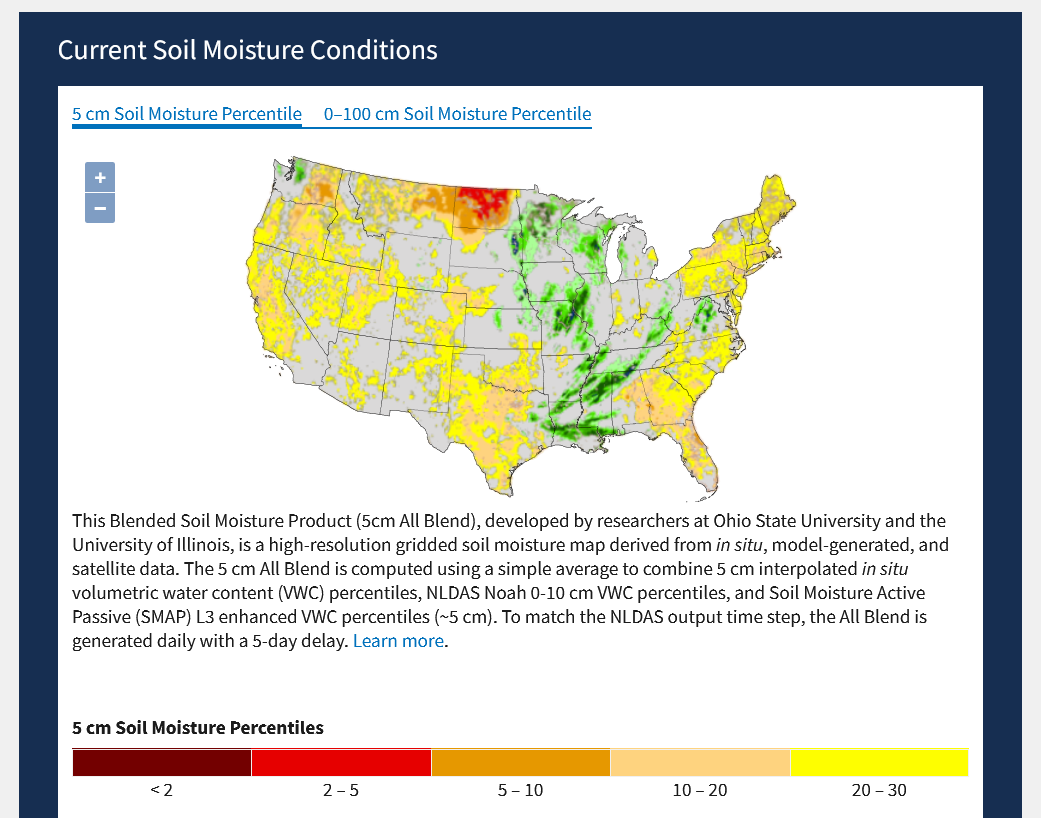 The 2nd map is very revealing.  This is the soil moisture in the top 16 inches(40 cm). Wow! Look at the massive area of dark red, which means being in the top 2% of the driest in the data base across the entire Eastern Cornbelt. Also seriously dry subsoils in some places in the Central Cornbelt. ND is the worst. Might be close to the driest since the Dust Bowl for them for this time of year. Early April is when soils are often close to being the wettest of the year for most places.

If you cant's catch up with rains to recharge soil moisture in April and May, after that evaporation usually exceeds rainfall in June and gets worse in July/August.

What's interesting, is that the drought monitor is not picking up on this as well but its clear that any sort of rainfall deficits will quickly become serious because subsoil moisture is extremely low and the water table in all these locations is way down below where it usually is at this time of year.

Drought monitor does not look as dry as it really is when considering  the soil profile as we did above. The first map below is last week, the 2nd map is this week.  There is a huge disparity for sure with some of the maps on the previous page. 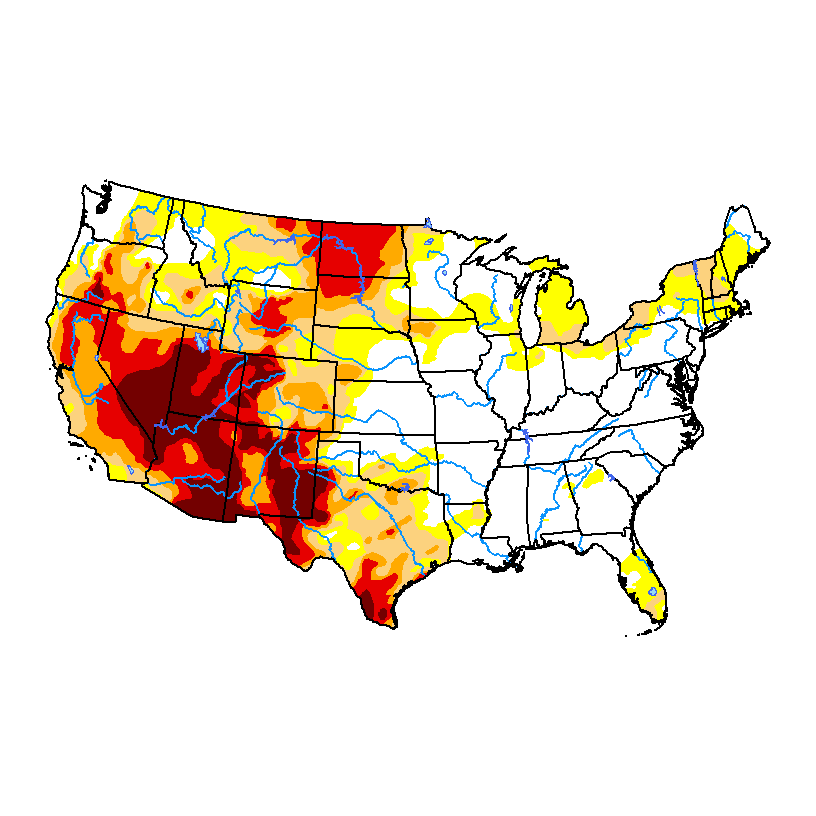 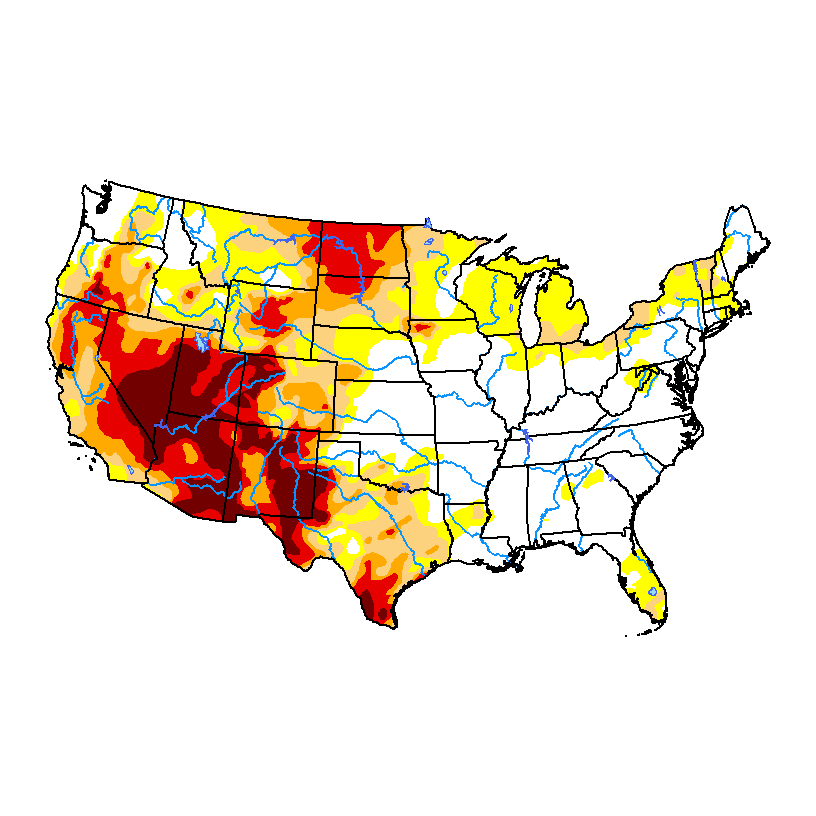 Weather has turned bullish Minn wheat.........mainly because the precip is over for awhile there.

Probably not cold enough for any damage next week in the Plains because the KE wheat is not developed enough and temps will not drop much below freezing but is a close call with 20's in Western Kansas next week.

This is why I don't think the cold is going to hurt the Winter Wheat very much: 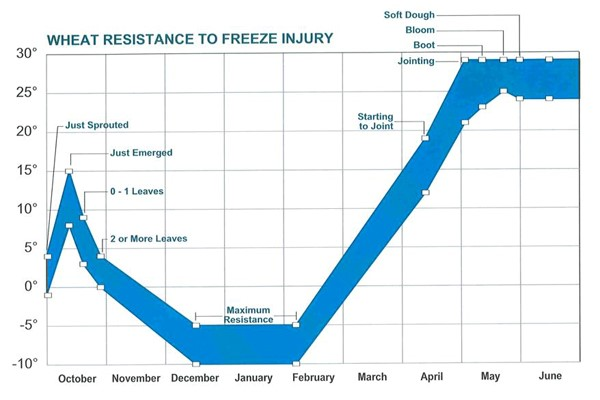 As an addendum to my comments on how dry our local golf course is, something else occurred to me.  The area I live in is considered the Ohio river valley area.  Flooding in the Canal Fulton/Boliver/Dover area is about a common in the spring as the sun coming up everyday day.  The water around Lock 4 (Erie Canal) in Canal Fulton during a heavy rain in spring can raise the water levels about 6-10 feet in this area almost every year.

There is a lot of spring left, but it will be interesting to see if we do get flooding this year.

Weather models for early next week are several degrees colder for places in the S.Plains......cold enough to do a bit of damage in the western parts of the S.Plains.

Tue and Wed am should be the coldest. Some of the coldest spots could get below 20. Scroll up for the low temps maps.

At the moment, the coldest temps are also hitting the areas least developed in the west but we could see some mid-20's into areas that are completely jointed or in early boot and several hours that cold would inflict some freeze damage.