U.S. #corn export inspections rise above the trade range of guesses for a second consecutive week to more than 2 million tonnes - 771kt to #China (a MY high to CN). 166kt #wheat also went to China. 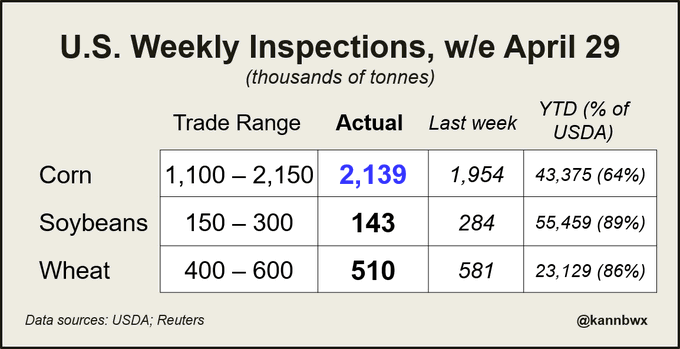 FORT COLLINS, Colo., April 29 (Reuters) - The rapid increase in feed demand from China that began last year has been a big part of why Chicago corn futures are at multiyear highs, though a little more follow-through for U.S. exports would go a long way in confirming the storyline.

China had not been a major corn importer for several years, but domestic corn prices began rising in early 2020, prompting unusually large U.S. bookings. Through April 22, the Asian country had purchased 23.2 million tonnes of U.S. corn for delivery in the 2020-21 year that ends on Aug. 31.

Sales have cooled off in recent weeks and the focus has turned to exports, which have picked up in pace but to a perhaps lesser degree than expected. Weekly export data suggests the United States shipped about 1.75 million tonnes of corn to China in March, a record monthly volume.

The U.S. Census Bureau is set to publish official March trade data on Tuesday, and that is expected to show last month’s overall U.S. corn exports at a new all-time high for any month, potentially topping 9 million tonnes.

Shipments to China in April are faring better at about 1.8 million tonnes through April 22, but the weekly volumes still need to increase.

The U.S. Department of Agriculture’s export sales report on Thursday showed 12.5 million tonnes still awaited shipment to China as of April 22, more than half of the country’s full-year commitments. That accounts for 47% of all outstanding 2020-21 sales, the largest share since the start of the marketing year.

China’s remaining balance requires an average weekly shipping pace of about 670,000 tonnes per week between now and Aug. 31. Inspections data suggested last week’s total at about 633,000 tonnes, roughly a cargo more than in the previous three weeks and a step in the right direction.

The China export requirement has become much larger relative to other destinations. Considering all outstanding sales as of April 22, the total weekly export pace would have to average just over 1.4 million tonnes, well below the recent four-week average of 1.85 million.

Last week's U.S. #corn shipments were exactly what was needed on the way to a record year and record volume to #China. The preliminary volume was the third largest of the year and among the top weeks all-time. Official March export data will be published Tuesday morning. 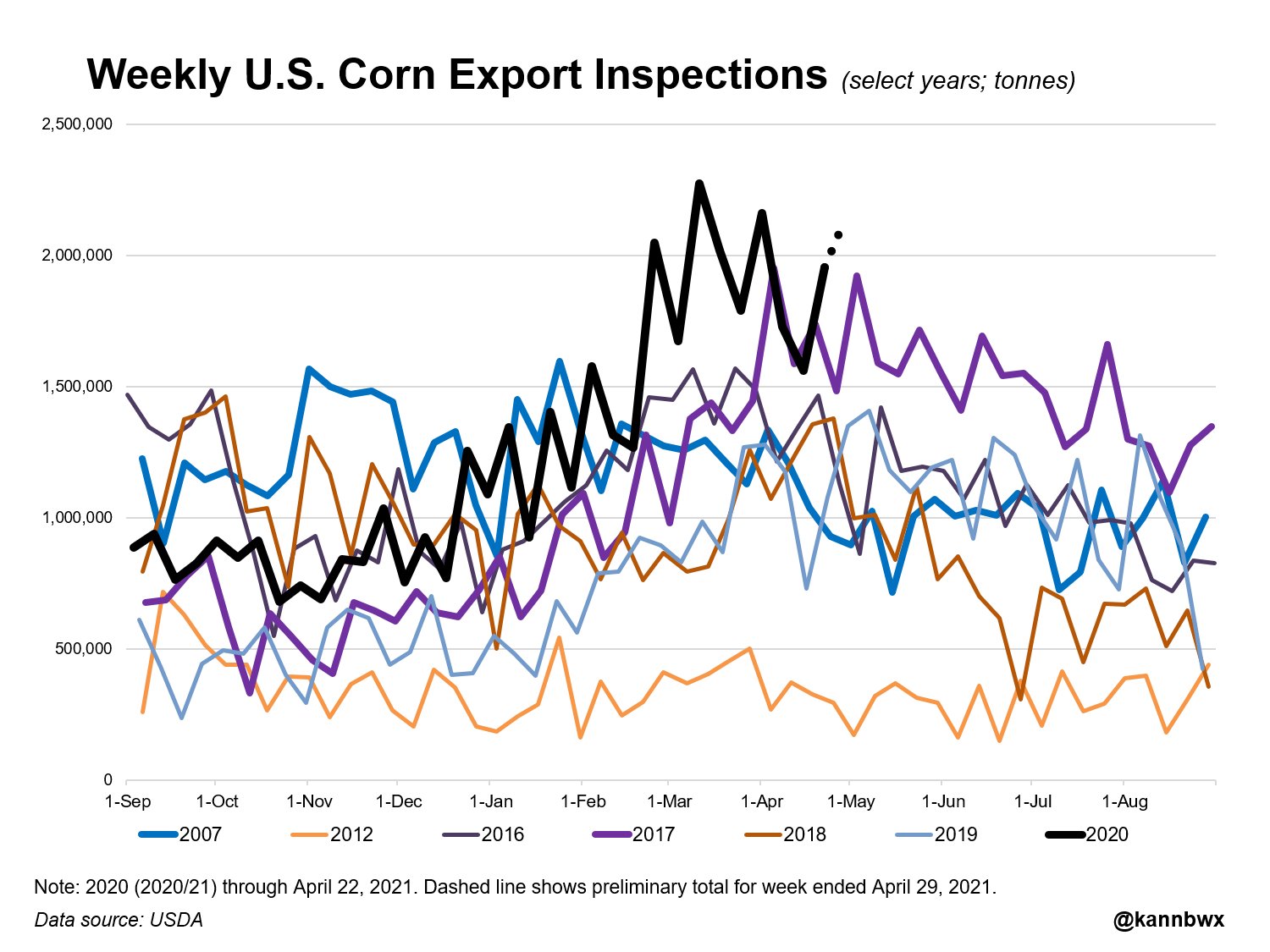 U.S. export sales were on the weaker side last week. The 2020/21 #wheat marketing year ends May 31, so new crop sales are now the focus. #Pork sales at 48.2kt were among the highest weeks of the year. 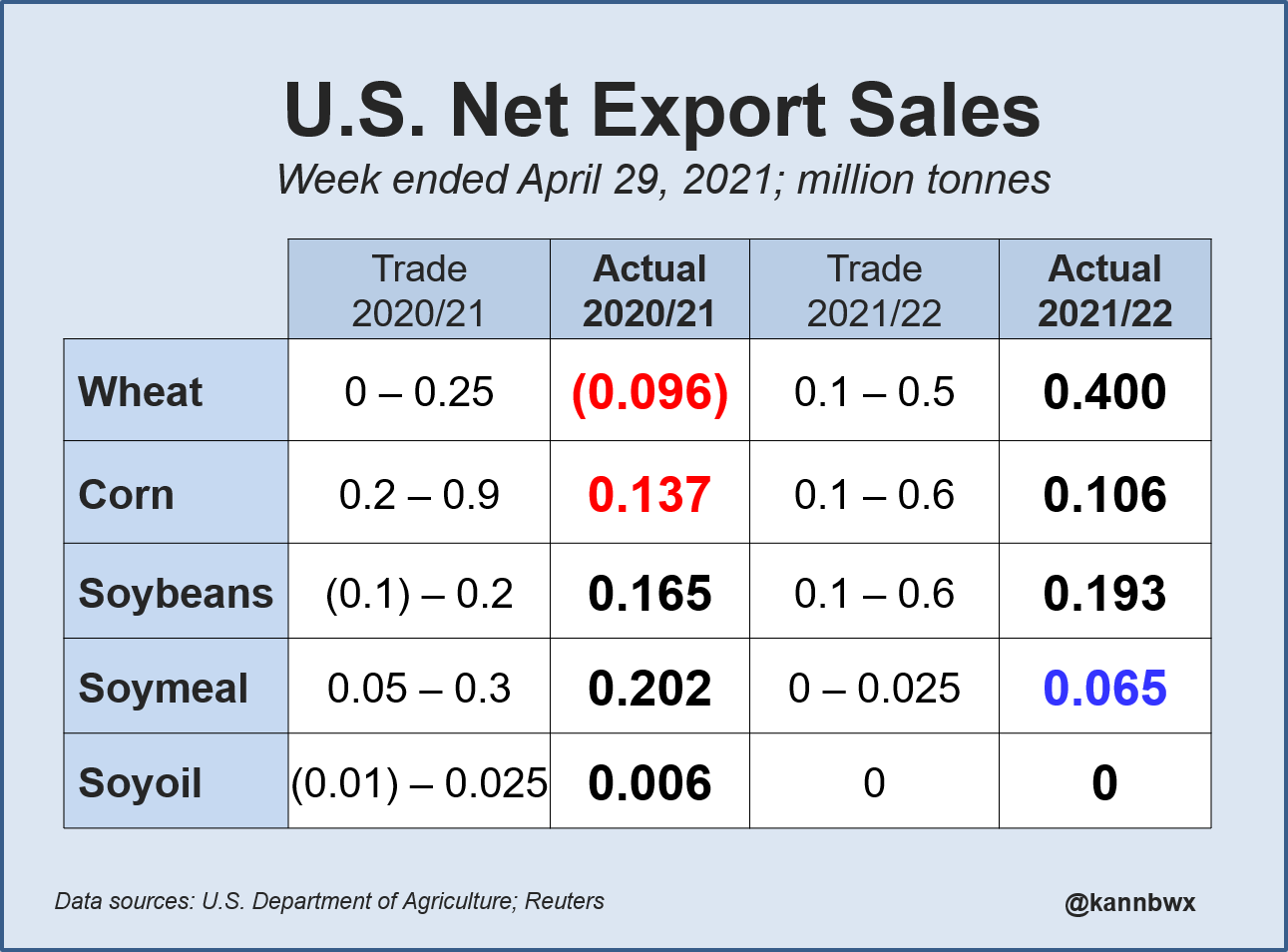 #Ethanol is finally back in the top 10 for now with $76M worth of exports in March. Meat, wheat, sorghum, cotton and lumber round out the top 10. 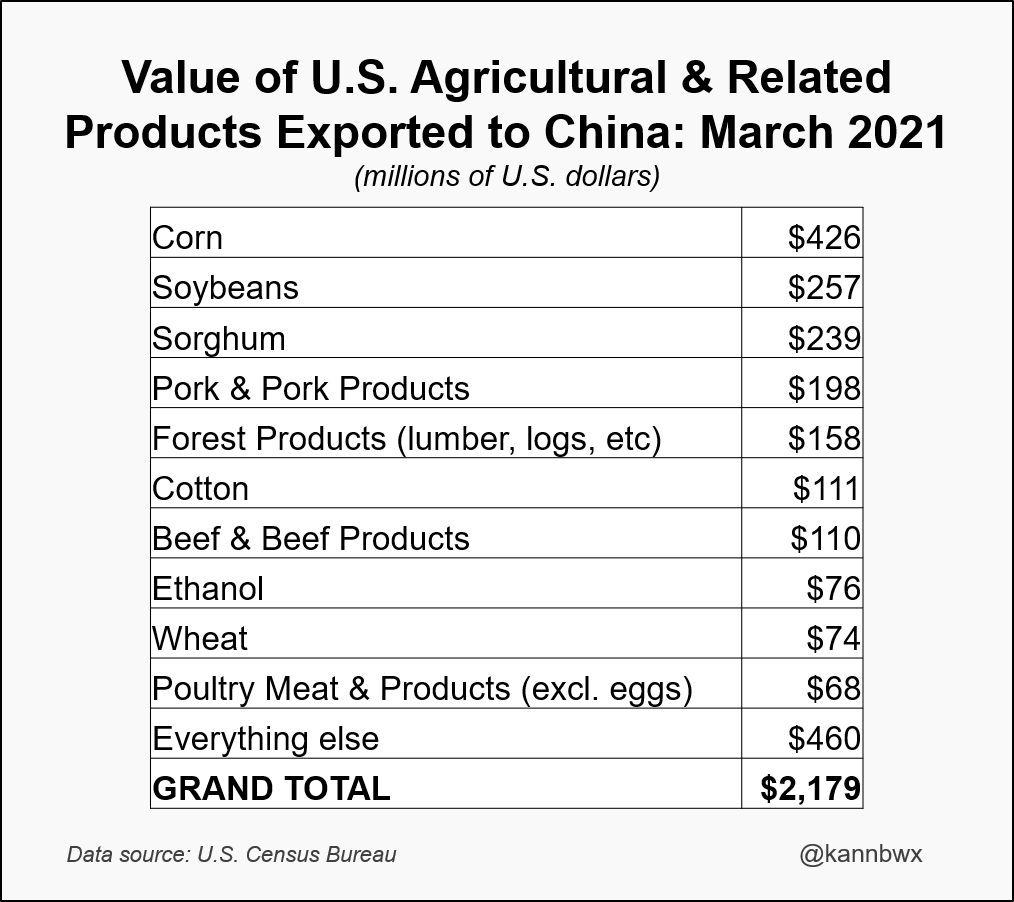 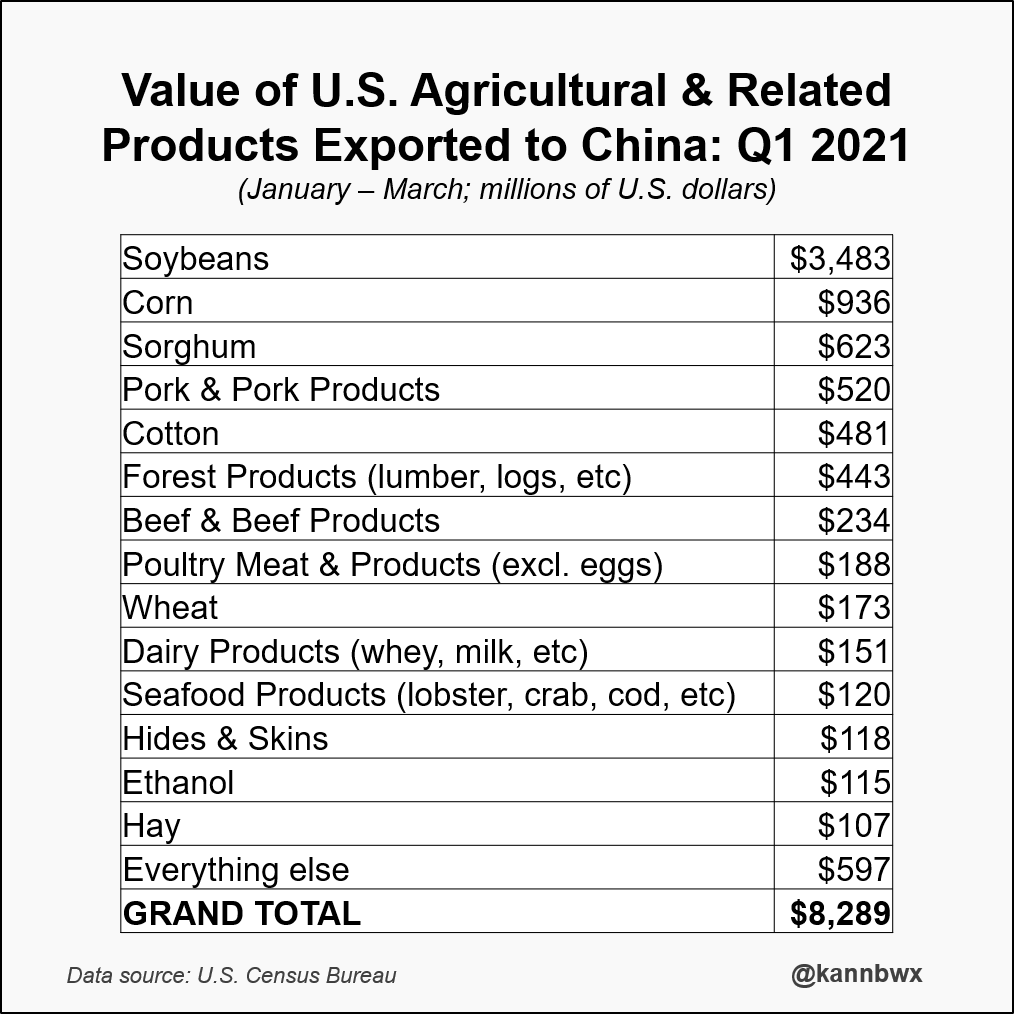 This is #China's first purchase of new-crop U.S. #corn and their first purchase since mid-March when 3.9 mmt were flashed over four days for old crop. Some had surmised at the time that those sales had actually taken place as long ago as January.