The solar storm of 1859 (also known as the Carrington Event)[1] was a powerful geomagnetic storm during solar cycle 10 (1855–1867). A solar coronal mass ejection (CME) hit Earth's magnetosphere and induced one of the largest geomagnetic storms on record, September 1–2, 1859. The associated "white light flare" in the solar photosphere was observed and recorded by British astronomers Richard C. Carrington (1826–1875) and Richard Hodgson (1804–1872).  The storm caused strong auroral displays and wrought havoc with telegraph systems. The now-standard unique IAU identifier for this flare is SOL1859-09-01.

A solar storm of this magnitude occurring today would cause widespread electrical disruptions, blackouts and damage due to extended outages of the electrical grid.[2][3] The solar storm of 2012 was of similar magnitude, but it passed Earth's orbit without striking the planet, missing by nine days.

On September 1–2, 1859, one of the largest recorded geomagnetic storms (as recorded by ground-based magnetometers) occurred. Auroras were seen around the world, those in the northern hemisphere as far south as the Caribbean; those over the Rocky Mountains in the U.S. were so bright that the glow woke gold miners, who began preparing breakfast because they thought it was morning.[7] People in the northeastern United States could read a newspaper by the aurora's light.[13] The aurora was visible from the poles to the low latitude area,[14] such as south-central Mexico,[15]Queensland, Cuba, Hawaii,[16] southern Japan and China,[17] and even at lower latitudes very close to the equator, such as in Colombia.[18] Estimates of the storm strength range from −800 nT to −1750 nT.[19]

Telegraph systems all over Europe and North America failed, in some cases giving telegraph operators electric shocks.[20] Telegraph pylons threw sparks.[21] Some telegraph operators could continue to send and receive messages despite having disconnected their power supplies.[22]

What Was the Carrington Event? - The Most Powerful Solar Storm on Record-1859 I’m talking about solar storms, of course, tremendous blasts of particles and radiation from the Sun which can interact with the Earth’s magnetosphere and overwhelm anything with a wire.

Aurora activity erupted across the entire planet. We’re not talking about those rare Northern Lights enjoyed by the Alaskans, Canadians and Northern Europeans in the audience. We’re talking about everyone, everywhere on Earth. Even in the tropics.

In fact, the brilliant auroras were so bright you could read a book to them.

The beautiful night time auroras was just one effect from the monster solar flare. The other impact was that telegraph lines and electrical grids were overwhelmed by the electricity pushed through their wires. Operators got electrical shocks from their telegraph machines, and the telegraph paper lit on fire.

What happened? The most powerful solar flare ever observed is what happened.

The Day the Sun Brought Darkness-1989

On March 13, 1989 the entire province of Quebec, Canada suffered an electrical power blackout. Hundreds of blackouts occur in some part of North America every year. The Quebec Blackout was different, because this one was caused by a solar storm!

On Friday March 10, 1989 astronomers witnessed a powerful explosion on the sun. Within minutes, tangled magnetic forces on the sun had released a billion-ton cloud of gas. It was like the energy of thousands of nuclear bombs exploding at the same time. The storm cloud rushed out from the sun, straight towards Earth, at a million miles an hour. The solar flare that accompanied the outburst immediately caused short-wave radio interference, including the jamming of radio signals from Radio Free Europe into Russia. It was thought that the signals had been jammed by the Kremlin, but it was only the sun acting up!

On the evening of Monday, March 12 the vast cloud of solar plasma (a gas of electrically charged particles) finally struck Earth's magnetic field. The violence of this 'geomagnetic storm' caused spectacular 'northern lights' that could be seen as far south as Florida and Cuba. The magnetic disturbance was incredibly intense. It actually created electrical currents in the ground beneath much of North America. Just after 2:44 a.m. on March 13, the currents found a weakness in the electrical power grid of Quebec. In less than 2 minutes, the entire Quebec power grid lost power. During the 12-hour blackout that followed, millions of people suddenly found themselves in dark office buildings and underground pedestrian tunnels, and in stalled elevators. Most people woke up to cold homes for breakfast. The blackout also closed schools and businesses, kept the Montreal Metro shut during the morning rush hour, and closed Dorval Airport.

The Quebec Blackout was by no means a local event. Some of the U.S. electrical utilities had their own cliffhanger problems to deal with. New York Power lost 150 megawatts the moment the Quebec power grid went down. The New England Power Pool lost 1,410 megawatts at about the same time. Service to 96 electrical utilities in New England was interrupted while other reserves of electrical power were brought online. Luckily, the U.S. had the power to spare at the time…but just barely. Across the United States from coast to coast, over 200 power grid problems erupted within minutes of the start of the March 13 storm. Fortunately none of these caused a blackout. 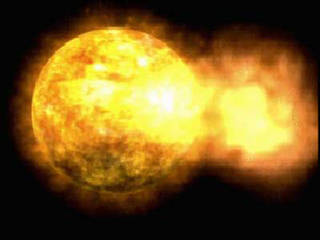 Solar flares and coronal mass ejections (CMEs), associated giant clouds of plasma in space, are the largest explosions in the solar system. They are caused by the buildup and sudden release of magnetic stress in the solar atmosphere above the giant magnetic poles we see as sunspots. CMEs can cause magnetic storms affecting communication systems, power grids and astronauts in space. 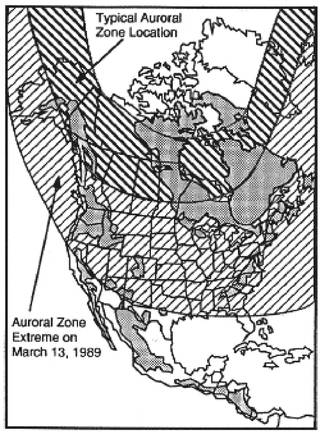 Power systems in areas of igneous rock (gray) are the most vulnerable to the effects of intense geomagnetic activity because the high resistance of the igneous rock encourages geomagnetically induced currents (GICs) to flow in the power transmission lines situated above the rock. Shown in cross-hatching are the auroral zone and the extremes that the aurora can reach during severe disturbances such as March 13, 1989.

While you didn’t see it, feel it, or even read about it in the newspapers, Earth was almost knocked back to the Stone Age on July 23, 2012. It wasn’t some crazed dictator with his finger on the thermonuclear button or a giant asteroid that came close to wiping out civilization as we know it, though — no, what nearly ended us was a massive solar storm. Almost two years ago to the day, our most bounteous and fantastical celestial body — the Sun — kicked out one of the largest solar flares and coronal mass ejections ever recorded. And it missed Earth by a whisker. “If it had hit, we would still be picking up the pieces,” says Daniel Baker, who led the research into the massive storm.

The interdependency of different systems in the US. If the power fails, so does everything else.

The solar storm of 2012 was an unusually large and strong coronal mass ejection (CME) event that occurred on July 23 that year. It missed the Earth with a margin of approximately nine days, as the equator of the Sun rotates around its own axis with a period of about 25 days.[1] The region that produced the outburst was thus not pointed directly towards the Earth at that time. The strength of the eruption was comparable to the 1859 Carrington event that caused damage to electric equipment worldwide, which at that time consisted mostly of telegraph stations.[2]

The eruption tore through Earth's orbit, hitting the STEREO-A spacecraft. The spacecraft is a solar observatory equipped to measure such activity, and  because it was far away from the Earth and thus not exposed to the strong electrical currents that can be induced when a CME hits the Earth's magnetosphere,[2] it survived the encounter and provided researchers with valuable data.

Research scientist Gabor Toth at the University of Michigan wants to be able to predict large solar storms. He and his team want to use these predictions to protect Earth from a potentially disastrous space weather event. In a statement released August 11, 2021, he commented:

There are only two natural disasters that could impact the entire U.S. One is a pandemic. And the other is an extreme space weather event.

Maybe you were one of the targets of this fake news back in July?

Fact check: No, a massive solar storm is not approaching Earth any time soon

So, this topic falls into that category of topics that I've heard of, is somewhat interesting to me from a science perspective but also one that I have to be very careful spending any amount of time contemplating.

On the one hand, it's celestial science and physics. On the other hand, if another Carrington level event was to happen in this age, it would be the end of the technological/computer revolution the world has experienced for the last 50-60 years.

This also strikes me as one of those events that poses a very real threat to the world community and no one seems to be doing anything about future-proofing our grids and infrastructure.

So what are the odds exactly?

How likely is another Carrington Event?

metmike: This seems pretty high to me. That would mean a Carrington class storm happens at a rate of over 1 every 200 years and severe storm 1 every 25 years.

During the mid/late 1900's we had a modern solar maximum. This would have increased the chances of severe solar storms? Was that a factor in some of the global warming?

If we are seeing a solar minimum, similar to the Dalton minimum 200 years ago, that would be decreasing those chances.

I thought that this was a great article, even though its a couple of years old.

Scientists tackle a burning question: When will our quiet sun turn violent? 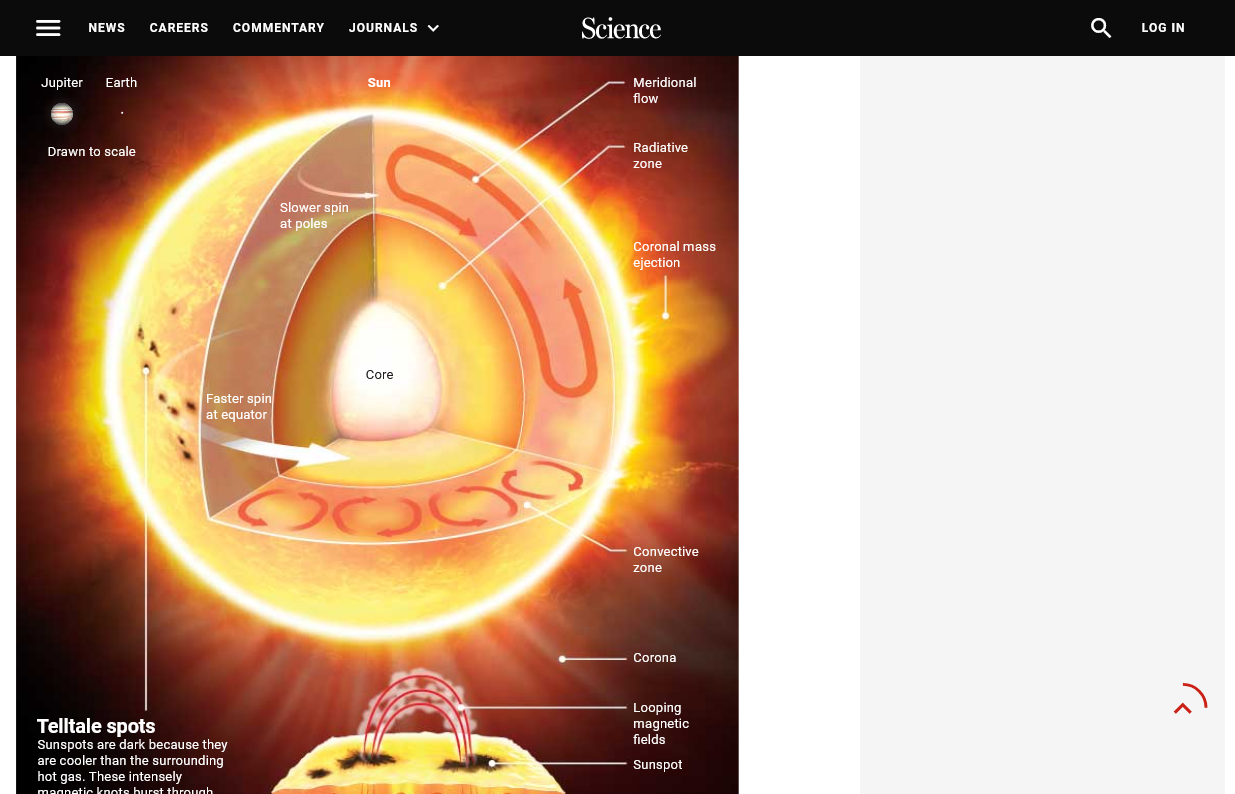 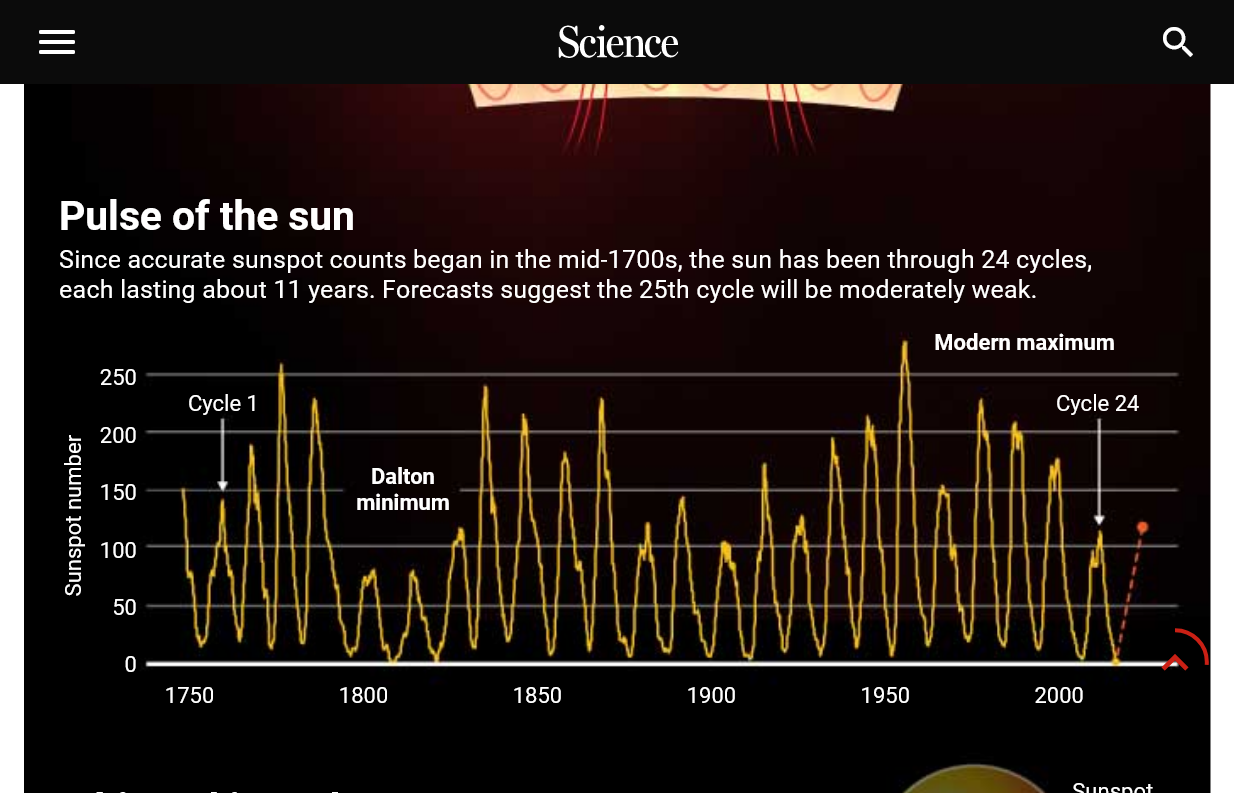 The Dalton Minimum was a period of low sunspot count, representing low solar activity, named after the English meteorologist John Dalton, lasting from about 1790 to 1830[1] or 1796 to 1820,[2] corresponding to the period solar cycle 4 to solar cycle 7. While the Dalton Minimum is often compared with the Maunder Minimum, its sunspot number was slightly higher and reported sunspots distributed in both solar hemispheres unlike the Maunder Minimum.[

The Maunder Minimum, also known as the "prolonged sunspot minimum", was a period around 1645 to 1715 during which sunspots became exceedingly rare. During a 28-year period (1672–1699) within the minimum, observations revealed fewer than 50 sunspots. This contrasts with the typical 40,000–50,000 sunspots seen in modern times over a similar timespan.[1]

You can get a ton of products at this link!

Looks like the are predicting a peak in this new solar cycle 25 in July 2025.