U.S. #corn and #soybeans are maturing at a close-to-normal pace, spring #wheat harvest is nearly finished at 88% and #cotton lags normal development pace. Planting progress for the 2022/23 winter wheat crop will begin next week. 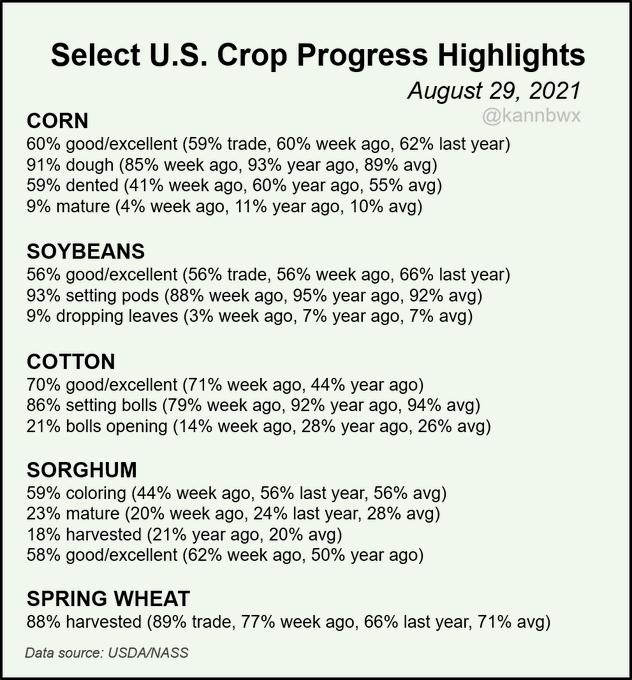 Been watching corn lately. It usually goes up into harvest. Haven't seen it take off yet. Wondering if the price is already dialed in, or too high to do much? Or just delayed for the moment?

There's often a short term low after the August crop report in beans and corn, with a bit of a bounce for around a month, that gets taken out during early harvest(September).

Prices seem low compared to where they were earlier this year but historically, we are way up there.

Beans near $13 and corn over $5 in September and its not like we had a widespread drought and crop failure.

After thinking about it more, it's possible that the massive rains in the drought areas over the last 2 weeks, though its pretty late....could have pressured the market.

Definitely put a huge dent in the drought!  2+ inches almost everywhere in the N.Plains/Upper Midwest,  alot of places getting 6+ inches of rain.! 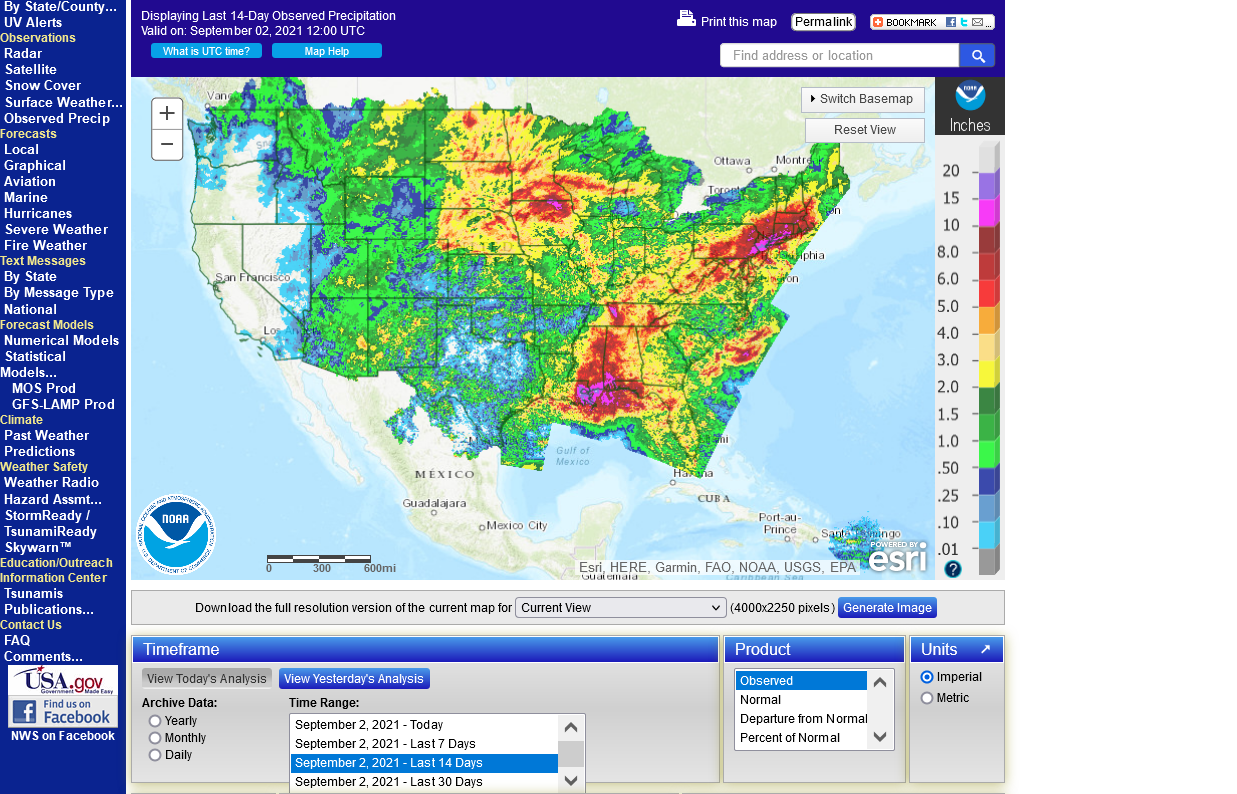 Way above average in that entire area! 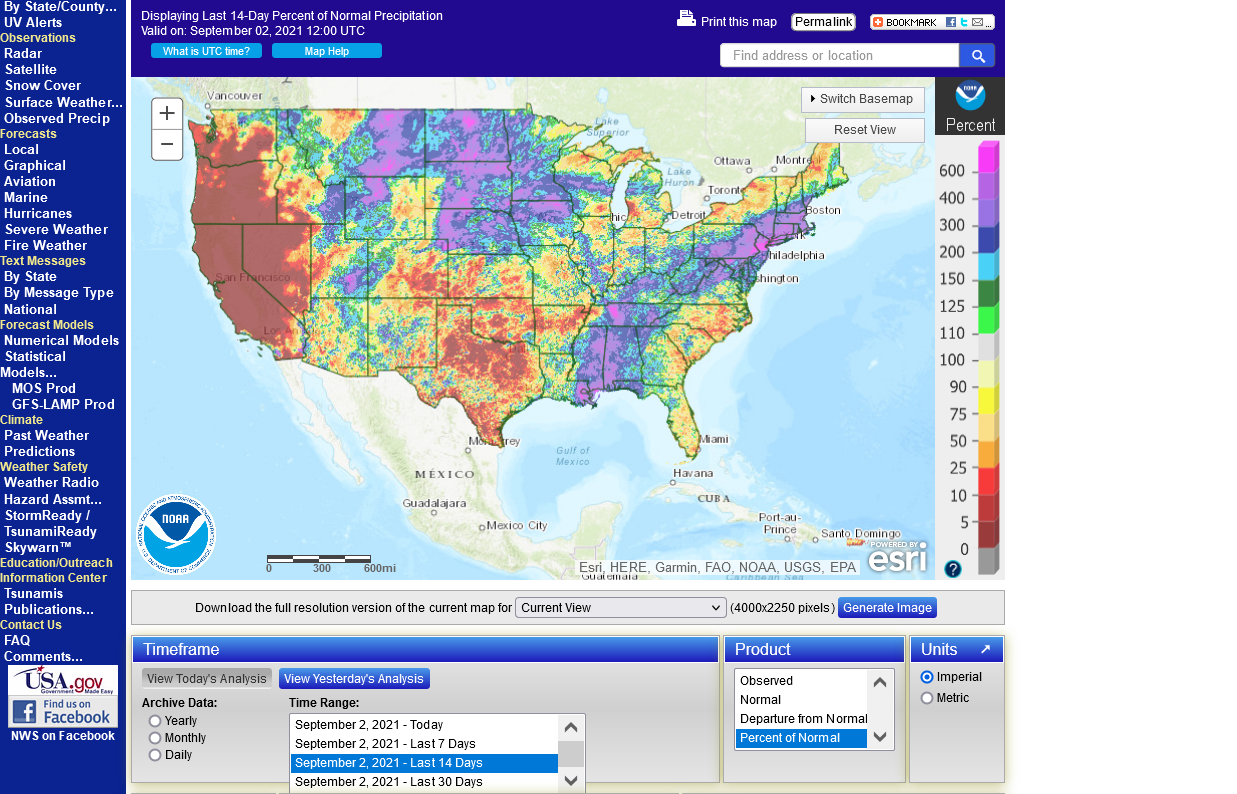 Given that which you have mentioned, then by the charts, we have just hit that low a little later than usual. Hourly and 5min charts are showing a potential turn. Even the daily is trading higher than the last low yesterday. But not enough confidence to go long just yet. Crop report was good, considering the delay in planting in a lot of areas.

This was the drought monitor before much of the rain fell, from August 24th.

Those rains couldn't have fallen in a better location of the Cornbelt. 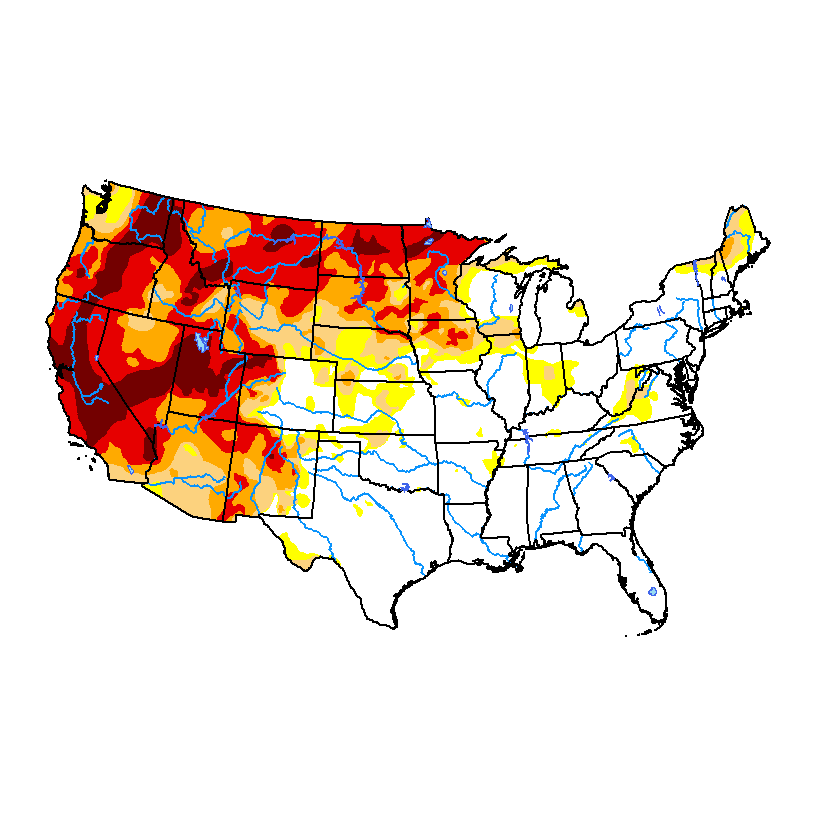 There were no major delays in planting this year Mark. 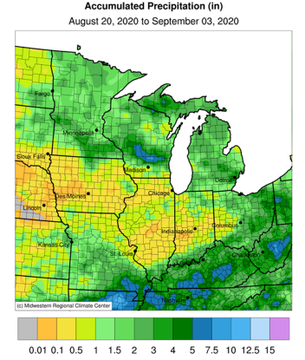 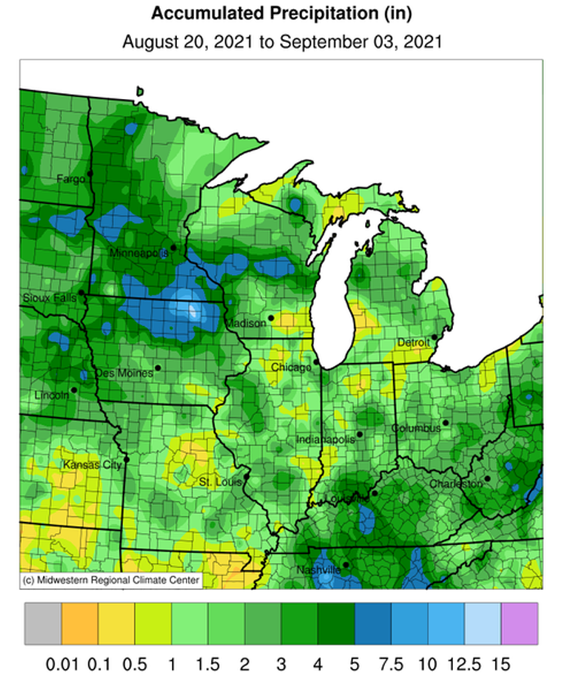