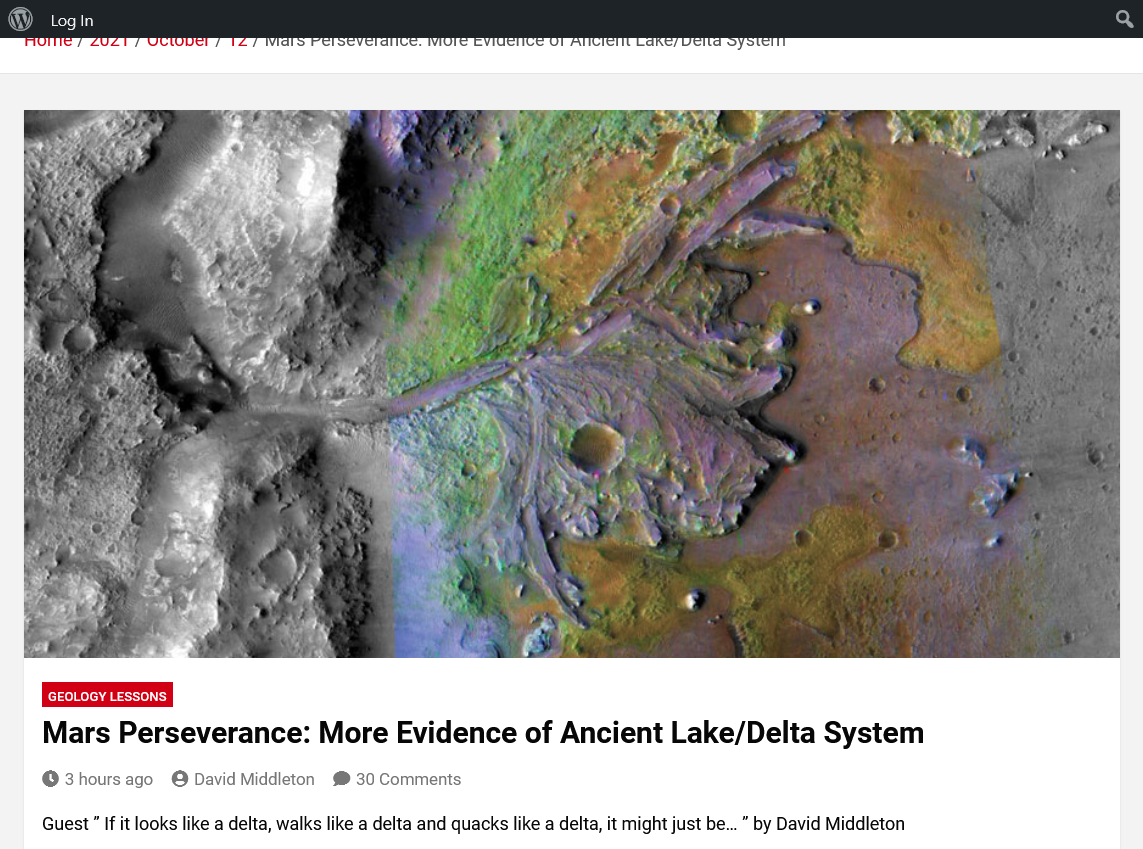 Observations from orbital spacecraft have shown that Jezero crater, Mars, contains a prominent fan-shaped body of sedimentary rock deposited at its western margin. The Perseverance rover landed in Jezero crater in February 2021. We analyze images taken by the rover in the three months after landing. The fan has outcrop faces that were invisible from orbit, which record the hydrological evolution of Jezero crater. We interpret the presence of inclined strata in these outcrops as evidence of deltas that advanced into a lake. In contrast, the uppermost fan strata are composed of boulder conglomerates, which imply deposition by episodic high-energy floods. This sedimentary succession indicates a transition, from a sustained hydrologic activity in a persistent lake environment, to highly energetic short-duration fluvial flows.