Here is wishing you all a meaningful Memorial Day.

Thanks bear, Happy Memorial Day to you and everyone here.

Many people visit cemeteries and memorials on Memorial Day to honor and mourn those who died while serving in the U.S. military. Many volunteers place an American flag on graves of military personnel in national cemeteries. Memorial Day is also considered the unofficial beginning of summer in the United States.[4]

Many cities and people have claimed to have first celebrated the event. By 1890, every Northern state had adopted it as a holiday. The World Wars turned it into a generalized day of remembrance instead of just for the Civil War. In 1971, Congress standardized the holiday as "Memorial Day" and changed its observance to the last Monday in May. 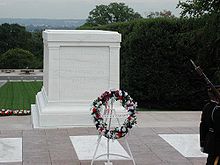 The Tomb of the Unknowns located in Arlington National Cemetery