How many people like the fact that we have a brand new Federal holiday this year.

How many knew what it is?

I actually knew what it is/was but am shocked that they made it a Federal Holiday last year and so now the markets are closed on Monday. 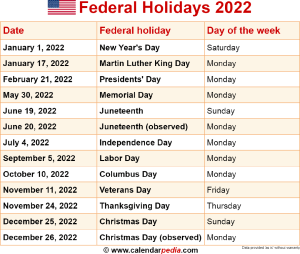 Though I understand the reason to celebrate it.......and there should be great encouragement to do that, making the delivery of the news that slavery was over in TX is a really dumb NATIONAL holiday and not even in the same league as all the other ones.

Honoring the hundreds of thousands of brave soldiers that gave their lives fighting for the United States......that's worth  at least 2 holidays.

The discovery of our country and when we became a country. Clearly justified.

Honoring our many great presidents/leaders......absolutely.

But the truth is that Juneteenth was recognized in honor of George Floyd, with pressure from the fake civil rights, anti law enforcement group, BLM.

Man, this is REALLY messed up to make it a National Holiday.

NATIONAL holidays are when everybody in our country comes together in agreement to honor those who served our country, often thousands giving their lives for our freedom.

This is the most dumb, divisive, counter productive mentality holiday ever.

I get that Floyd was murdered by a cop and a horrible act of murder by the really bad cop but some people pushing the hardest for this are using it to go with their ANTI law enforcement rhetoric/agenda.

Why don't we also have a holiday to remember the thousands of blacks killed by other blacks the last decade in just Chicago? That's thousands of times more innocent blacks than George Floyd and maybe if we drew more attention to that ongoing situation INSTEAD OF THIS, THE MURDER RATE WOULD GET THE ATTENTION IT NEEDS TO ACTUALLY SAVE BLACKS LIVES. 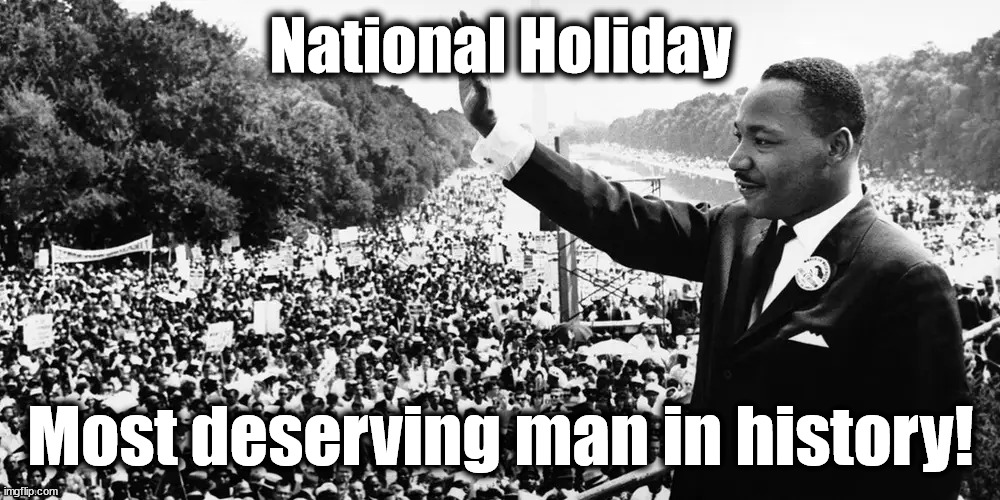 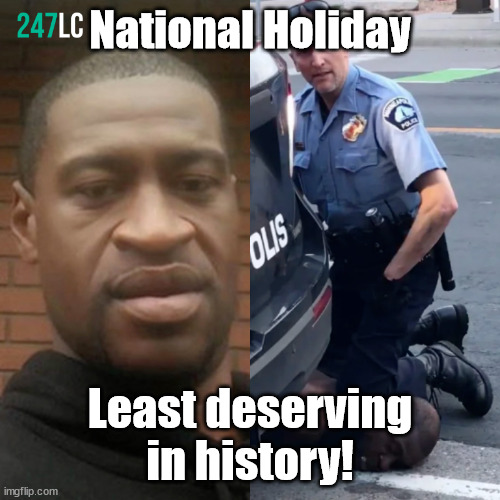 We are now using one sided politics to create National Holidays to celebrate what the other side remembers as the exact, polar opposite as the side creating it.

Far left Holiday is not a NATIONAL HOLIDAY

BLM Holiday is not a NATIONAL HOLIDAY

In case we have somebody wandering into this site that doesn't know me.

I've been a strong supporter of civil rights my entire life (since growing up in Detroit) and use more MLK quotes here than any other person, considering him be, possibly  the greatest American that ever lived.

NATIONAL HOLIDAYS inspire unity and like minded thinking by everybody with politics set aside.

This is the complete opposite of that.

I would have been more open to making Juneteenth a National Holiday Before George Floyd was murdered and especially if it was absolutely not tied to any blacks killed by white cops before George Floyd.

Then, it could have had a better chance to be a NATIONAL HOLIDAY to signify the importance of minorities and all others in society to have equal rights.

However, even in that case, MLK is already recognized with a truly deserving national holiday with that idea in mind and the leader of civil rights and February is black history month.

Juneteenth is more of a black history type topic NOT a National holiday.

We also have always honored Abraham Lincoln for having the most important role of anybody in history in passing the Emancipation Proclamation and ending slavery in what now has merged into Presidents Day.

employers are not too thrilled about having yet one more day that they must pay a worker for not doing anything productive.

regardless of whether any of you think it should be a holiday or not.

LOL  DID YA MISS YER USPS MAIL DELIVERY, TODAY?  OR, TRY TO GET IN THE BANK?