Ive seen predictions of an above average level of named storms for 2022.

To date ,August, im under the assumption/observation that activity has been mild.

Is my observation a fair conclusion?

Its early in the season and I do not objectively watch this unfold.

Thanks for your thoughts

Because we have a La Nina( that lessens wind shear in the Atlantic from it's location in the tropical Pacific) odds are higher for another above average season as well as the warm ocean in much of the hurricane basin.

It's always interesting to me, that EVERYBODY acknowledges the impact of the natural La Nina on hurricane activity way over in the Atlantic Ocean.

However closer to the La Nina, where the correlation is extremely strong to heat and droughts in the US...........THAT weather is wrongly blamed on climate change NOT the La Nina.

Climate change in the US is correlated to more El Nino's/global warming and favorable growing conditions and  NON drought years. La Nina's cause heat ridges downstream in the US and are strongly correlated to severe, widespread droughts. They are saying the polar opposite of the truth.

And of course, as the hurricane season progresses, one thing that you can count on is that any especially big or wet storms will get widespread coverage, with climate change being a main reason and in some cases THE main reason.

Sorry for the politics but its essential to explain the bs so that the true science here can get thru all of it.

Making a pre emptive explanation BEFORE the bs, might help accomplish that.

Thank you Cliff Mass and the National Academy of Sciences for the Golden Rule of Climate Extremes!

"The more extreme a climate or weather record is, the greater the contribution of natural variability." (and the less contribution came from climate)

"Or to put it a different way, the larger or more unusual an extreme, the higher proportion of the extreme is due to natural variability."

This Golden Rule of climate extremes is violated much more than followed by many very biased scientists and politicians and by  most news sources that sensationalize extreme weather from natural variability and wrongly blame it on a non existent climate crisis.

My wife has property on the outer banks of North Carolina so this is of interest to me-Im the repair maintenance guy.

Ill be keeping an eye on things.

Im sure you have posted that link here and referenced it in the past!

Although it has been very quiet since the 2 early July storms, July is often quiet and thus the season so far has been pretty close to normal with the 3 storms to this point. So, don't be deceived. The meat of the season is often within Aug 10th-Oct 20th or so and especially ~Aug 20th-Oct 15th. Sept is the most active on average. soem of the most active seasons had hardly any activity before August 20th.

It's extremely early in the season.

Some awesome data/graphics displayed at this link! 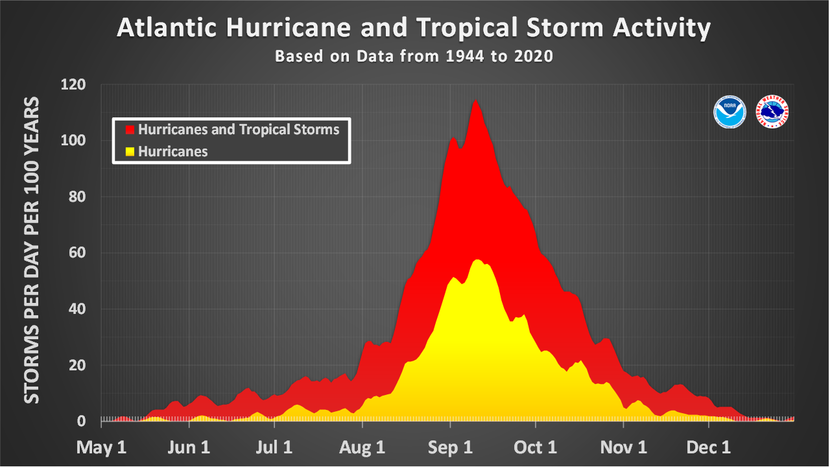 Estimated return period in years for hurricanes passing
within 50 nautical miles of various locations on the U.S. Coast 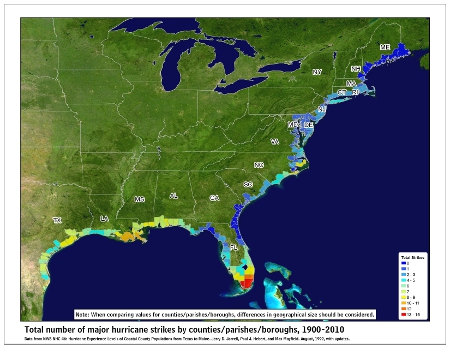 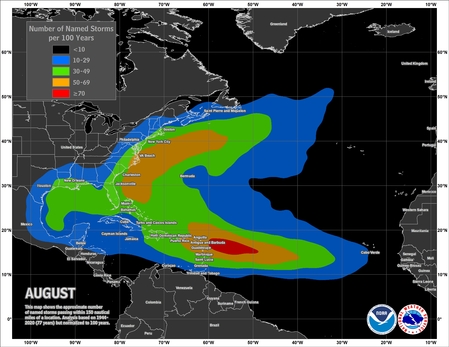 I thought this one would be of particular interest for you, having the property on the NC coast........that juts out into the Atlantic and begs for hurricanes to pay a visit )-:

The chance of getting hit by a hurricane there are THE highest of any place in the US.......you might have known that but  thanks to you, now the rest of us, including me know that! 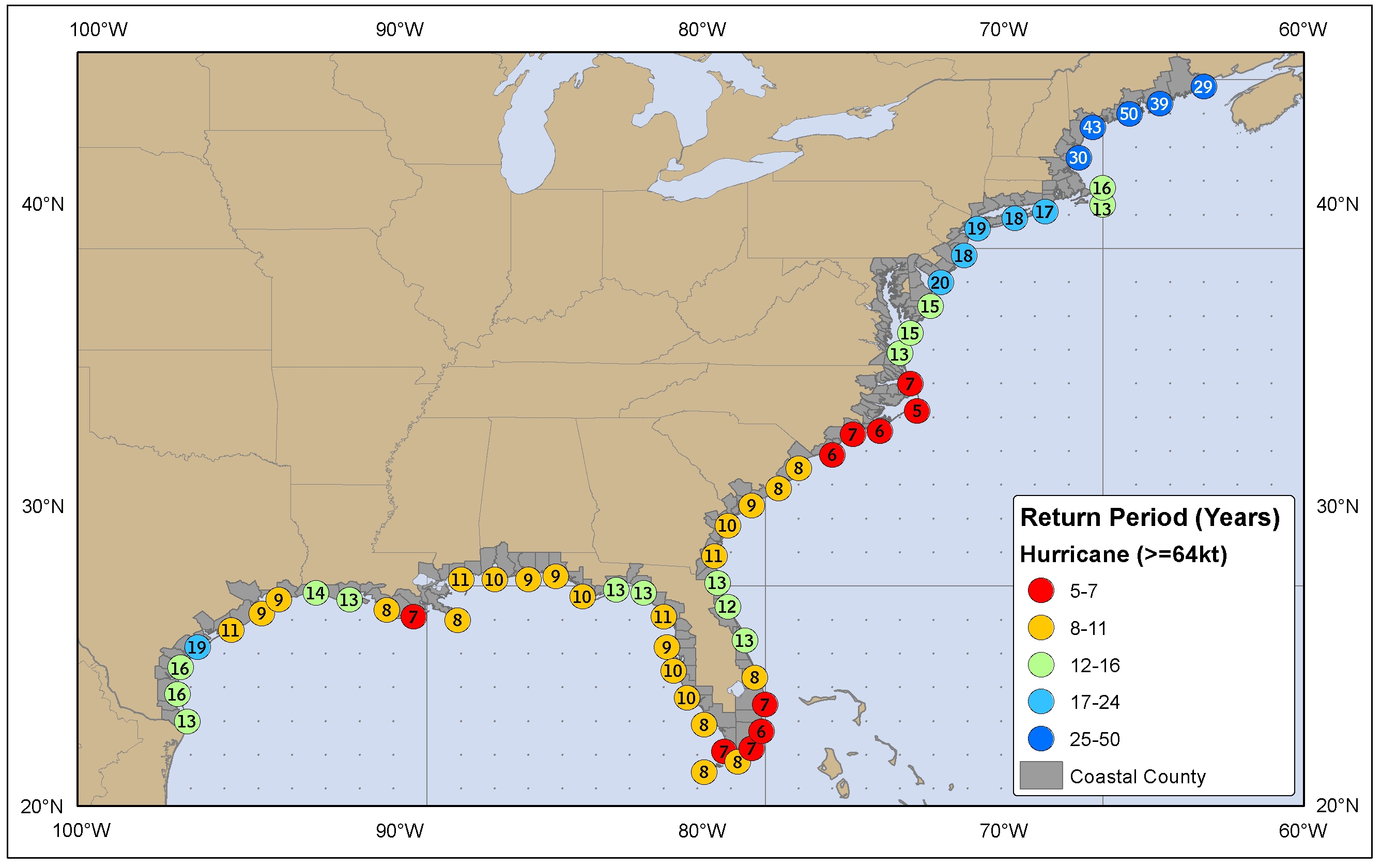 Close up view of the Outer Banks of NC, which has the only 5 on the map above. Where is your property John? I remember you commenting on the full moon from coastal NJ earlier in July from your year round living quarters.

This thread probably has special interest for you:

We’re at the northern end of the “bank’s system “ about 10 miles north of Duck. M

That is an alarming graph of the storm repetition sequence-Gulp!