DiCarlo: "The war in Ukraine is approaching its one-year anniversary, with no end in sight"

REMARKS TO THE SECURITY COUNCIL ON

As the Secretary-General has made clear, Russia’s invasion of Ukraine is a violation of the Charter of the United Nations and of international law.

It has created a humanitarian and human rights catastrophe, traumatized a generation of children, and accelerated the global food and energy crises. And yet, this grave damage could pale in comparison with the consequences of a prolonged conflict.

I said at the outset of my statement that there is no sign of an end to the fighting. The logic that prevails is a military one, with very little, if any, room for dialogue right now.

But all wars end, and so too will this one. Ukraine, Russia, the world cannot afford for this war to continue. The Secretary-General is ready to assist the parties to end this senseless, unjustified conflict, on the basis of the United Nations Charter and international law. 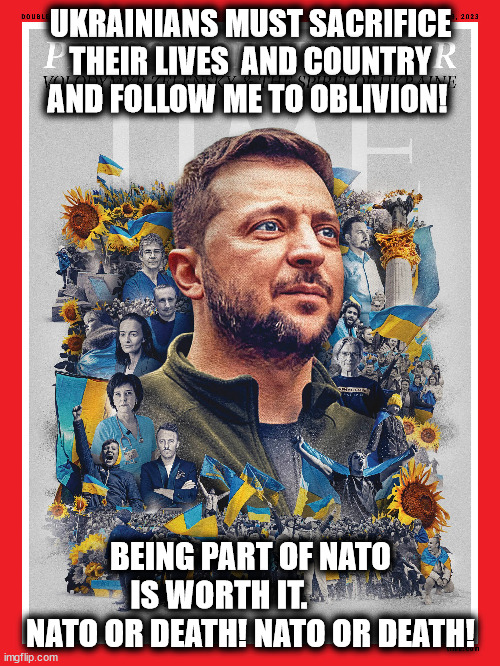 The damage to Ukraine and it's people is millions of times greater/worse than what Ukrainians potentially would have suffered if Zelensky had negotiated with Russia and agreed not join NATO.

Russia had no right to attack Ukraine (Putin is a diabolical person) and do what it's doing but Zelensky knew this would happen and so did the UN/NATO and West, including the US.

They know how to stop it too.

Instead of doing things to stop it with negotiations, they are doing the exact opposite.

They crystal clearly want the war to continue because this is almost entirely about trying to take Russia out and not giving them anything...........even if it means the incredible suffering of Ukrainians and the world actually because of energy and food markets.

But that's a bonus for them. Another item, that people feel hitting their pocketbooks wherever they live, that they can vilify Putin over.

After admitting to Kiev's fault in Dnipro, Zelensky advisor resigns

These are completely unintentional consequences of Ukraine using its right to defend itself from Evil Russia.

However, all of this could have been avoided and can be stopped right now..........but they obviously don't want that because they are definatively choosing this path in almost every way, shape and form and using every propaganda trick in the book to justify it.

After Ukraine, then comes Poland.

That's exactly what the propaganda wants you to think.

I'd be willing to bet the house that will NEVER happen based on obvious, authentic facts that completely contradict the propaganda that leads people to support the war because it means stopping Putin now before he invades Poland and other surrounding areas.

1. Poland already is a member of NATO. He would NEVER invade a NATO country......unless it attacked first.

2. Putin is in Ukraine because he wants to prevent Ukraine from joining NATO BEFORE it joins NATO.

3. Putin has never signaled that he's coming for Poland next. For those paying attention to non propaganda(from the West/UN/NATO) he clearly signaled he was going to invade Ukraine because he wanted Ukraine to agree not to join NATO......and a few other things.

4. Putin is having success in pummeling Ukraine because the war is staying in Ukraine. If he invaded Poland, the NATO countries would invade Russia.

5. The West/MSM/Ukraine/US narrative: Putin is going to invade  Poland next

The authentic view:    .01% chance that Putin will invade Poland next with anything close to the current dynamics.

6. This "coming for Poland next" is the perfect propaganda false narrative. The much higher risk is "before being defeated, Putin will resort to nuclear weapons and WW3 with unthinkable consequences to the world". That one is much less appealing.

a. It could go on like this for years

b. Could turn nuclear with consequences several orders of magnitude greater than this.

c. Could end right now if Ukraine agreed to NOT join NATO and a few other dinky concessions compared to be decimated by the current war. ....and it's been that way for over a year, since before the war so option c, is being rejected by Ukraine/West.

The dynamics could change if NATO continues to refuse to negotiate with Putin (using Zelensky and millions of innocent victims in Ukraine for their cause to eliminate Russia) and continues to do things that cause the war to go on because NATO wants this war.........which is what this is all about.

Everybody thinks this is entirely in Putins's hands. Of course he's evil and HE is making the diabolical, unprovoked criminal attacks on Ukraine.

However, there is a 100% chance that NATO wants this war to take out Russia. It's NATO that I'm most worried about with any attack on Poland. Putin will never attack Poland.........unless NATO does something to intentionally provoke him, so that they can have a bigger war to justify taking him out.

I completely understand why that's impossible for one side to believe but anybody that sees this war was easily preventable if NATO/Ukaine had agreed to not hook up..........and they ARE willing to get Ukraine obliterated by 1 million times worse consequences than just not joining NATO......knows that NATO/UN/West will do ANYTHING to take out Putin.

Provoking WW3 is absolutely on the table for them to do it.

There's a much higher chance of WW3 and nuclear weapons than for Putin to invade Poland.......but the "going for Poland next if we don't stop Putin here" false narrative/propaganda sells the best and people would not support a narrative of......."WW3-nuclear war is coming next if we continue on this path"

Now we can have more people die and push this into a nuclear war/WW3 .....but just make sure we don't negotiate  a settlement because a peace settlement won't destroy Russia.

Even if it obliterates Ukraine(wait, it's already done that) and pushes the world to an unthinkable world war with nuclear weapons.........we must destroy Russia.

The absurdity of witnessing all the death and destruction that Putin has pummeled Ukraine with for his cause and assigning every evil and anti humanity trait in the book  to him..........but some how, not fully appreciating that  this same guy, with those same traits and extreme measures to get what he wants regardless of what most of the world wants him to do.........would not use nuclear weapons and WW3 to win if he has to.

Putin is completely ignoring every iota of Western propaganda.

Experienced war game strategists for the West know dang well he is likely to resort to nuclear weapons.

It's retarded to think that he has some sort of limit on how many people he will kill or destruction he will cause........and when he reaches that limit.......then he gives up and goes back to Russia with his tail between his legs.

If NATO countries continue to ramp up by sending even more war machines, his response will be to justify future actions based on NATO countries attacking him and ramp up to whatever he needs to in order to keep the upper hand. 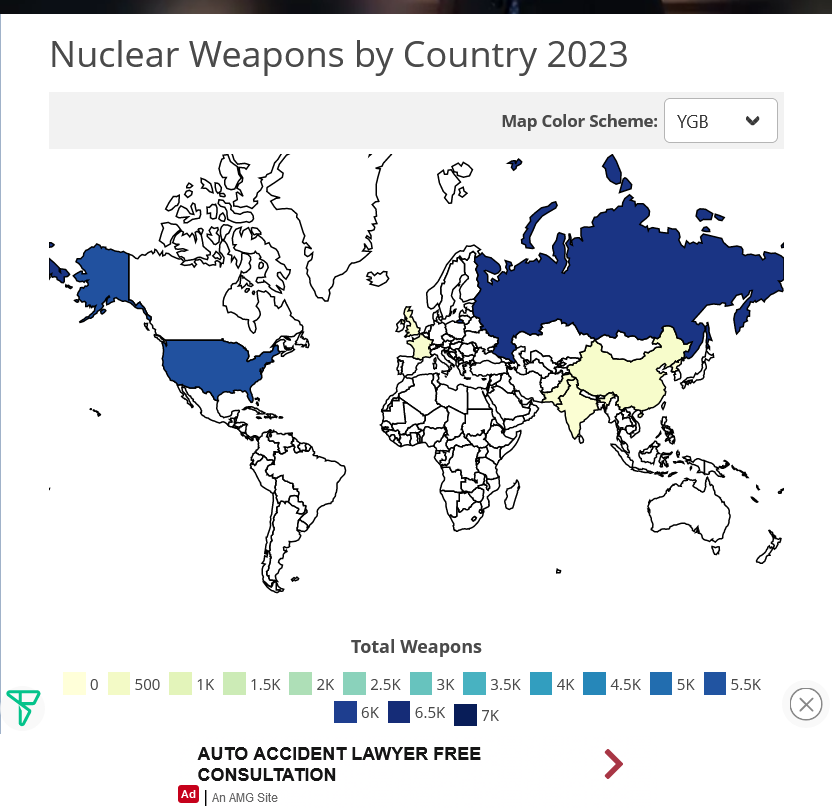 Which Countries Have Nuclear Weapons?

The only other country with close to the nuclear weapons is the US.

Putin knows that the US will object in an extreme sense to us getting into a nuclear war with Russia over something going on in Europe.

All these gung ho war enthusiasts living in our country that don't want to give Putin anything right now but are willing to send tens of billions to fund the war OVER THERE to keep the Ukrainians in it, so even more will be obliterated would think differently if they were told the truth......they are actually pushing Putin towards a nuclear war and suddenly, the US is the  only other nuclear power that has a similar nuclear arsenal.

Suddenly, it could either be a face off between the US and Russia(China is more on Russia's side) or having no choice but to let Putin get the upper hand with nuclear weapons.

If not, then please tell me what the response will be if/when Putin uses nuclear weapons?

More scolding from the UN about how dastardly he is?

More sanctions that hurt us more than him?

Descriptions about how diabolical Putin is are well known and accepted by everybody.

If the world knew that he would be satisfied to have an agreement that kept Ukraine out of NATO and a few other minor items compared to the million times worse outcome here, they would be appalled.

A nuclear WW3 would be trillions of times worse for the entire planet than just giving Putin a few things.

Hopefully, I won't have to say "I told you so!"

IF THE WORLD REALLY WANTED IT ALL FIXED BETWEEN THE 2... MAYBE, PUTTIN' PUTIN & ZEL IN THE RING, IN A "MAY THE "BEST MAN" WIN" CONTEST WITH BETTING ALLOWED & IN A WINNER TAKE ALL SCENARIO.  WOULD HELP.  LOL

While history is initially unfolding with powerful events, participants never realize the profound consequences as it becomes tougher and tougher to stop........then impossible to stop. Suddenly they are in the middle of a quagmire and it's WW-3.

Anybody that doesn't see Zelensky wants WW-3 to defeat Russia and in fact, he's doing everything he can to drag us and NATO into this battle to create WW-3......is missing it.

Since NATO/The West have elevated him to a rock star and they gush out constant propaganda to support him and NOT negotiations, unless something substantive changes, we will continue to head closer and closer to WW-3.

That's what all the empirical data and evidence tracking the dynamics of this war suggests.

Somebody needs to end the insanity, step in and negotiate with Russia before it becomes an unstoppable WW-3!

Yes, that means giving Russia "something" that includes Ukraine NOT joining NATO.

This has NOT been worth Ukraines right to join NATO for anybody..........except for the rock star and the adulation he's getting.

In fact, the damages have been millions of times worse for Ukraine than what Ukraine could possibly gain.........which tells us that Ukraine is just a sacrificial lamb for NATO to have this war to take out Russia and they are using Zelensky to do it.

Stay on this path, and the damages could  be trillions of times worse...........and could have been easily avoided if NATO/The West was willing to give Putin something instead of wanting to take him out.

Make no mistake. The people making these decisions(to not negotiate)  based on their goal to take out Russia/Putin,  consider people and property as much less important than their objective.......Ukraine and its people are just collateral damage.

We are dealing with war game strategists that are applying "whatever it takes" to win to every situation, no matter what the sacrifices are, in order to accomplish that objective.

If you doubt that.........just look at the obliterated country of Ukraine and the horrible atrocities to the Ukrainians already.

Of course it is but NATO actually is USING IT to start the WW instead of stopping it, which they could have at any point and still can....before its too late.

The people pushing all the propaganda from The West/NATO, pretending to be for the good guys and your friends are wolf's in sheep's clothing. 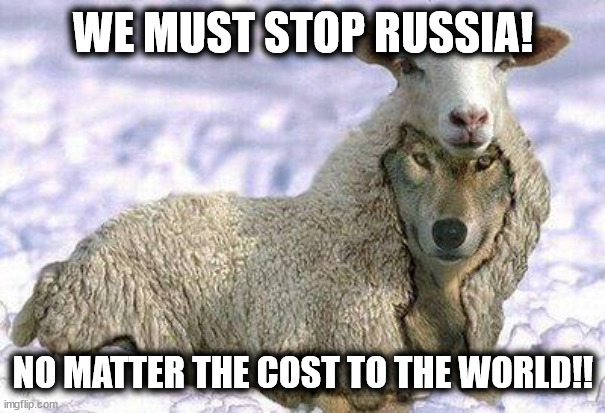 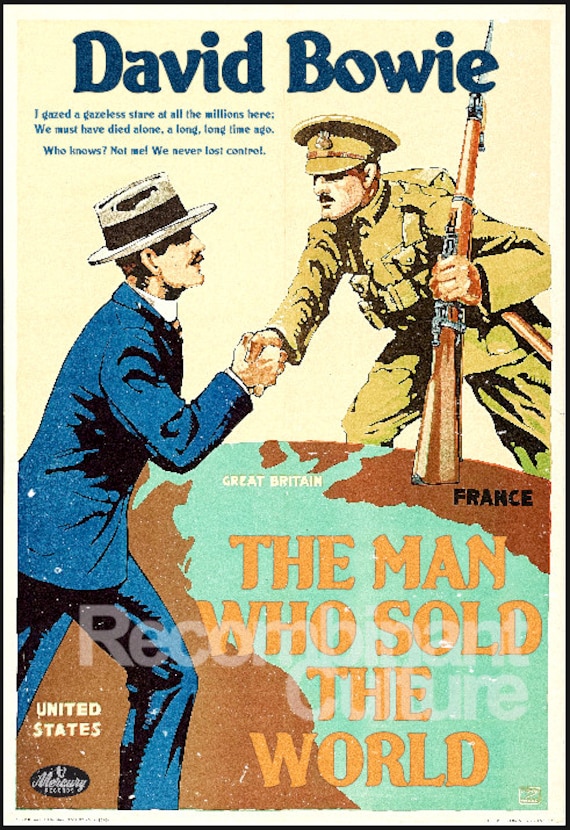 Your true friends tell you the truth and expect nothing in return.